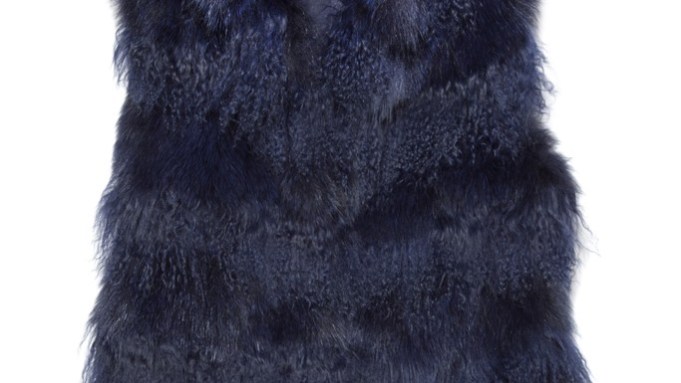 NEW YORK — Some of the greatest ideas have been born from simplicity.

That adage is what Courtney Moss pointed to when she tried to describe the success of her accessories and outerwear business. Founded in 2009 by Moss and friend, Gigi Mortimer, Glamourpuss began as a functional brand.

One afternoon in March, while sitting on the sidelines of their sons’ hockey games, the duo struck up a conversation over the chilly temperature in the rink. Both with backgrounds in fashion, Moss in public relations and marketing, and Mortimer in design, the women decided to create fur accessories for their circle of friends who suffered through the frigid hockey games with them.

Little did they know that their idea would become a full-fledged business with multiple categories that would be picked up by retailers across the country.

Beginning with what Moss calls the “fur funnel,” or a Rex rabbit fur-lined neck warmer, Glamourpuss delivered its first shipment to Calypso in October 2009, and by January, the store reported that it sold more than 3,000 pieces.

“We realized we were on to something,” Moss said. “We had a great item, a great idea. It was very luxe.”

Still somewhat surprised by the initial success, Moss offered that at the time, during the height of the recession, “people weren’t spending money.”

Purchasing a fur funnel, which then retailed for $198, was most likely an answer to a cautious consumers’ shopping withdrawal woes. Although the funnel now costs $225, Glamourpuss hasn’t seen a deceleration in growth. In fact, the brand is “close to doubling” its sales volume each year, Moss said, adding that in order to sustain demand, it not only expanded its fur funnel styles, but also jumped into hats, mittens, bags, vests and outerwear.

“Four years ago, we started at zero and this year we plan to do $5 million with a 30 percent increase every year after that,” Moss clarified.

“Right now, this time of year, we are up over 60 percent from last year,” Moss said, adding that her brand had the “highest sell through” for accessories on Saks’ main floor.

“We are expecting serious growth this year,” she noted, adding that the brand is able to keep prices accessible as it manufactures its winter wares in China. The summer product is made in New York.

Glamourpuss’ anticipated growth this year rests on the 55 different styles of jackets and vests that come in a variety of colors and silhouettes. The next project for Moss and Mortimer is further “developing” the company’s handbag line, and they may open a freestanding store.

The brand, which has a showroom on Madison Avenue here, also sells its product on glamourpussnyc.com.