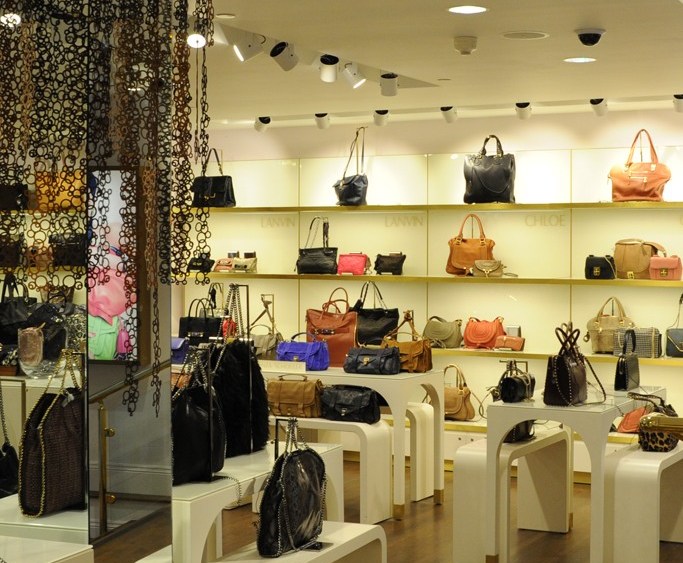 LONDON — Little Marlborough Street, a narrow, anonymous passageway off Carnaby Street, has served over the years as a smokers’ alley, a rat run for busy locals hotfooting their way through London’s Soho and a delivery bay for the department store Liberty, which backs onto the street.

All that changed earlier this summer when Liberty broke through its back walls, installed big glass windows facing the street and opened an accessories hall. The 2,000-square-foot space showcases a host of brands new to the store, including Carven, Coach, Kenzo, Lanvin, Loewe, Valentino and Sophie Hulme, in addition to old favorites such as Stella McCartney and Givenchy. The space also stocks scarves, sunglasses and small accessories by brands including Paul Smith, Marc by Marc Jacobs and Jonathan Saunders.

The opening of the accessories hall is just one step in the ongoing transformation of the store, which is located near Oxford Circus, including the doubling of the fine and costume jewelry area to 4,000 square feet. “We wanted this room to be one giant explosion of original thought,” said Ed Burstell, managing director of Liberty, and the driving force behind the expanded accessories spaces. “We can’t compete with the bigger stores and the brands they carry. What we want to do with the jewelry in particular is to celebrate design and craftsmanship and launch new names.”

Besides some of the bigger jewelry brands like Pomellato, the expanded jewelry room also carries New York-based Daimyo, which specializes in silver unisex pieces; London-based Pippa Small; Carolina Bucci, who weaves gold together with yarn to make jewelry that feels more like fabric, and Arman, an Armenian label with a Byzantine feel.

Unlike some of its larger competitors such as Harrods and Selfridges, Liberty owns 90 percent of the jewelry on offer, with the remaining 10 percent made up of concessions. The average price for the jewelry is 500 pounds to 1,500 pounds, or $785 to $2,355 at current exchange. The store plans to add watches by the end of the year. The accessories category, including jewelry, currently generates 15 percent of Liberty’s sales, and Burstell said he’d like to increase that figure to 25 percent.

He declined to reveal the company’s sales. However, according to industry sources, 2012 sales at the flagship are projected to be 75 million pounds, or $118 million, at current exchange.

By next spring, Liberty plans to add an additional 1,500 square feet of retail space by breaking through more back-office space that faces Little Marlborough Street. Burstell remained mum on what merchandise would go there.

Whatever category is ultimately selected, it likely will not be the only new merchandise on the street. Shaftesbury plc, the publicly listed company that owns large swaths of central London real estate, plans to develop its holdings on the other side of Little Marlborough Street next year. The stores have yet to be confirmed, but there’s no doubt that the street’s dark age has finally come to an end.