One of the most significant new features addresses a gripe many had with the band’s first iteration: it wasn’t able to track specific activities. 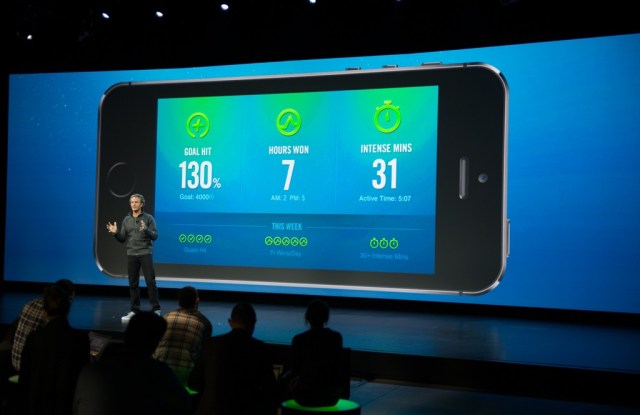 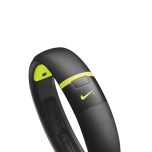 NEW YORK — Nike wants to do three things with the release of the second iteration of its Fuelband: inspire people to move more, to move more often and to move with intensity.

Stefan Olander, Nike Inc.’s vice president of digital sport, unveiled the Nike+ FuelBand SE at a forum in TriBeCa here Tuesday, setting the new model apart from the original, which was released in early 2012.

One of the most significant new features addresses a gripe many had with the band’s first iteration: it wasn’t able to track specific activities. The first version of the band is unable to discern if a user is indoor cycling or going for a run.

“Our consumers came back to us and said, ‘I’ve just been to a supertough yoga class or went spinning, and I didn’t get the credit.’ We took this insight,” Olander said. “Now you can tag it, and the band gives you an intensity level with fuel per minute algorithms calibrated. It’s a more specific way to get credit for what you deserve.”

The Nike+ FuelBand app will also see an update, including a Groups functionality that allows users to form groups with their friends and easily share fuel data.

Aesthetically, the FuelBand looks nearly identical to the original (with the addition of neon-colored accents), and the foundation of the product remains “fuel” points, Nike’s proprietary metric that measures activity over the course of the day.

Olander is most excited about the Groups function and said research has proven that users who have more friends on the app are 5 to 10 percent more active.

“This ability to come together with the people you care about in a safe environment creates a space for you to share your achievements and cheer each other on,” he said. “It’s a powerful way to be motivated in a way that you couldn’t before.”

There is also a Win the Hour feature that reminds users hourly to get up and be active for five consecutive minutes. Nike is encouraging people to “win” at least seven hours a day, or the equivalent of moving an additional 35 minutes.

“You get big spikes of activity and then you go and sit and your fuel goes flat,” said Jenny Campbell, senior director of NikeFuel and consumer knowledge at Nike. “Win the Hour is about little bursts of activity throughout the day.”

The Fuelband SC became available for preorder immediately following the event and will hit Nike stores worldwide and nike.com on Nov. 6. It will retail for $149.99, the same price as the original.