A New Home For Hayward House 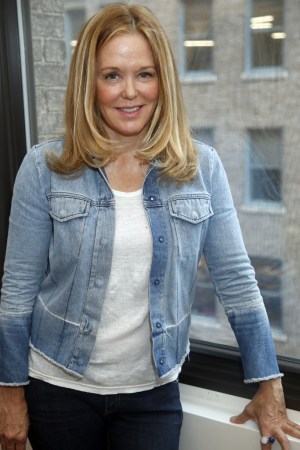 In true mom-and-pop shop fashion, Marin Hopper lives with her family above the store. But what a store it is.

Hayward House, the new shop for the handbag, jewelry and accessories brand named after her grandfather, Broadway and Hollywood agent Leland Hayward, reflects Hopper’s disparate bicoastal sensibilities. The shop opens May 19. The East 70th Street town house is vintage New York, a turn-of-the-century gem designed by Grosvenor Atterbury, the architect of Forest Hills Gardens in Forest Hills, N.Y. “The living room is my East Coast family, which was very New York-based,” said Hopper, whose father was Dennis Hopper and mother is Brooke Hayward, the actress, writer and American beauty.

Paintings and family photos are everywhere, and Hopper painted her family tree on the bathroom wall. “Grandma Margaret was an actress,” Hopper said of Leland’s second wife, Margaret Sullavan, who was previously married to Henry Fonda. “She was glamorous on the set and wore men’s suits off the set. Grandfather had his jewelry made and had his watch fob chains per- sonalized.” That attention to detail — he designed his own font — provided the elongated “H” for the zipper pulls and the Hayward logo. Prices for the collection range from $495 to more than $2,000.

The sunny dining room represents her California side. Hopper remembers hanging out at the beach in Malibu as a child with her parents and Jane and Peter Fonda, whose great-aunt, Millicent Rog- ers, is also an inspiration. Rogers, who was roman- tically linked to Clark Gable, dispensed with formality in her last home, trading her diamonds and rubies for turquoise and silver jewelry. “She’d go to her house in Taos [N.M.] and find a leaf she loved and make that
leaf into a broach,” said Hopper.

“There’s this Taos sensibility in the dining room,” she said of the Navajo-style rug, blankets and leather chairs and cow-print footstools that belonged to her father. “Hayward, as a brand, has an interest in working with artists,” she said. “My parents used to go to this house where Roy Lichtenstein and Ed Ruscha were working as billboard artists. They decorated their house with all this stuff they found, women’s smiles, extra heads.”