Accessories Council Leads Initiative for Made in USA

The council's president, Karen Giberson, formed a group to promote the domestic production of fashion jewelry and other accessories.

By Rachel Strugatz and Alexandra Steigrad on September 5, 2012
View Slideshow 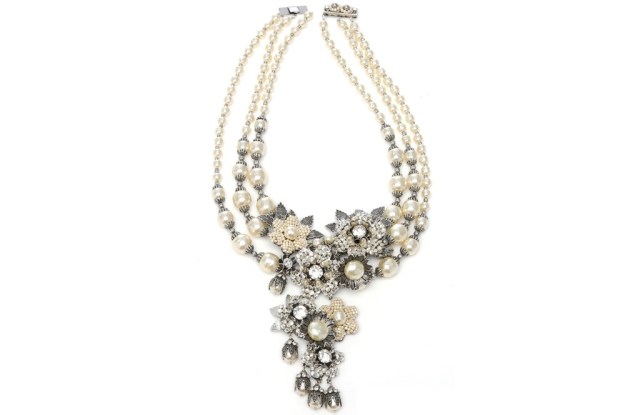 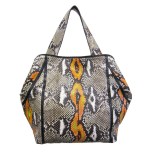 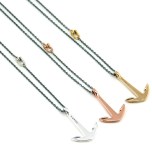 About a year ago, Karen Giberson, president of the Accessories Council, noticed something unusual — countless vendors, weighed down by rising costs from their factories in Asia, began calling to inquire about making their goods in the U.S.

“When we started hearing the topic repeat itself, we knew this was an important issue,” said Giberson, who formed a group to promote the production of Made in USA fashion jewelry and other accessories.

“Twenty-five years ago, 85 percent of fashion jewelry was produced in the United States. Now, 95 percent is manufactured abroad,” she said. “We are looking to regain at least a small portion of this market, focusing primarily on jewelry.”

“We were always curious about creating our pieces in the U.S., especially because of Rhode Island’s history as the costume jewelry capital of the world,” said Celeste Greenberg, who started Tuleste with her sister Satu five years ago. “However, because the industry has shifted so dramatically, with most of our competitors producing overseas, we mistakenly assumed the cost of producing Stateside would be too astronomical. Fortunately, once we began working with the Accessories Council and exploring more options, we realized that there was actually a cost-effective way to make this happen.”

New York-based Tuleste, which had made all of its contemporary jewelry in Asia, recently moved all of its manufacturing to Providence, R.I. Starting with spring 2013, the brand will carry only U.S.-made products.

“It’s night and day in terms of quality,” said Greenberg, who noted that before it took about eight to 12 weeks to get product shipped from her factories in China, and even in that time span, the merchandise wasn’t perfect. Now, it takes just three weeks and she can be more involved in the quality-control process, as Providence is just a few hours from New York.

Still, designers, including Greenberg, said that while shipping times are faster and the product is better, the cost of manufacturing in the U.S. is still higher than making goods abroad, which can be a stumbling block for smaller brands. Higher production costs usually translate to pricier wares. Prices on some of Tuleste’s baubles have increased up to 50 percent, Greenberg noted.

But for some brands, that’s a trade-off worth making.

“Domestic production gives us the ability to produce at a faster pace than if it were to be done overseas,” said Michael Saiger, who founded men’s jewelry line Miansai in 2007.

Although Miansai is not part of the Accessories Council initiative, the brand makes its signature leather and rope “hook” and “anchor” bracelets from its home base of Miami.

“The best part about it is it allows us to control everything that goes on from start to finish, including the pace of deliveries,” Saiger added. “Ensuring that we deliver to our retailers and e-commerce business on or ahead of time is extremely important to us.”

This also gives the brand the ability to control its overhead and maximize profits because the company is never stuck with excess inventory.

“This is part of the reason we never have sales,” he said of the company’s full-price model, adding that the higher costs for manufacturing in the U.S. are “relative,” if other expenses such as shipping, duty and customs fees are factored in.

Another benefit for brands manufacturing domestically is that they aren’t at the behest of committing to minimum orders. Unlike smaller factories in the U.S., larger factories in China will require 500 to 600 piece minimums, which can be difficult for upstart brands to juggle. All of this is further exacerbated in tough economic times.

But putting aside costs and production issues, brand identity may just trump any financial concerns.

Companies steeped in American history such as Miriam Haskell, place a high degree of importance on remaining made in the USA.

According to Gabrielle Fialkoff, president and chief operating officer of Haskell Jewels, the parent company that acquired all of Miriam Haskell’s assets in 1990, keeping the made in New York element is an integral part of the collection’s heritage.

“So much of what we do is about intricate workmanship, from each bead being hand-picked and wired like embroidery onto the filigree, then backed with a second filigree, all the while manipulated by hand,” Fialkoff said. “This is how jewelry used to be made in the U.S., but it largely does not exist today. Our goal is to continue the training of this lost art.”

Jewelry designer Alex Woo said many American workers have “lost” some of the plating and sculpting skills required in making jewelry, noting that as those jobs have moved overseas, workers here have lost that expertise.

“It was really important to me when I started the brand that everything is made in New York,” the native New Yorker said. “It’s part of the values my parents instilled in me. We had an American car growing up. I’m very proud that I’m born and raised here.”

The significance of being made in America isn’t just restricted to jewelry brands. For example, milliner Albertus Swanepoel and handbag makers such as Michelle Vale and Carlos Falchi, craft their wares here.

According to Vale, who makes totes, clutches and purses, “saving” New York’s Garment Center is of the utmost importance. The designer has not only penned a blog called Make It in Manhattan, but she’s also filmed a documentary of the same name on the topic.

Longtime New York-handbag designer Falchi is also adamant about keeping his production for his couture collection in New York, even though he inked a licensing deal with the U.S. division of Hong Kong-based Li & Fung last year. Falchi’s entire couture collection, which is carried at Saks Fifth Avenue and Bloomingdale’s, has been made here since 1970, and that isn’t about to change.

Kate Falchi, senior director of design and development and daughter of Carlos, who calls the artisans that work for the brand “like family,” said operating a factory in the city has perfected her father’s craft.

“Because of my father’s deconstructed approach, it is important to work one-on-one with our pattern makers. The process is as important as the initial design in achieving a luxury product,” she said. “True luxury is not mass-produced.”

Giberson of the Accessories Council added: “Making a product in the USA is not easy. The fact of the matter is, it still isn’t necessarily cheaper to make things here, but we want to get designers to think about what can be made here competitively.”