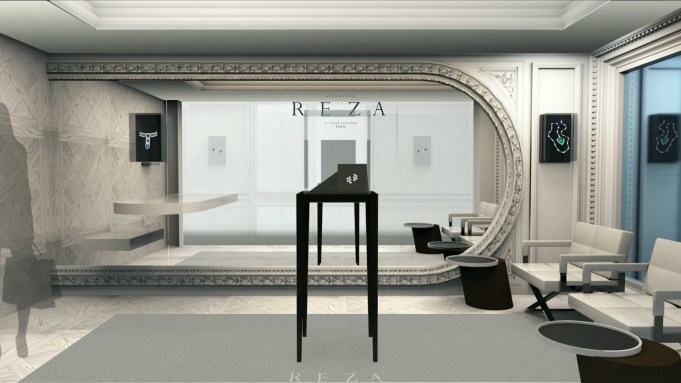 PARIS — Place Vendôme jeweler Alexandre Reza is to open a store in the renovated Ritz hotel when it reopens in March, marking its first retail presence since Olivier Reza in 2008 took over the house founded by his father.

The scheduled opening reflects the burgeoning confidence of the jewelry scion, who previously took a reverent approach to the house’s heritage, even as he set about restructuring the privately owned business to face growing competition in the high jewelry sector.

Only one building separates the Ritz from Reza’s invitation-only 18th-century private salon at 21 Place Vendôme. Reza considers the historic hotel, which has been shuttered since July 2012 and is due to reopen on March 14, like a natural extension of the brand’s headquarters.

“The hotel is very dear to me and was very dear to my father also. I see the Ritz as one of the last bastions of savoir-vivre,” the former investment banker said, adding that the new store “won’t be just a point of sale, but a way to meet new customers and for new customers to be introduced to our house in an environment that is similar to ours.”

Lifting the lid on some elements of the closely guarded Ritz renovation, headed by architect Didier Beautemps of Paris-based Atelier COS and interior designer Thierry Despont, Reza said the store — which he refers to as a “gallery” — will be located in a shopping corridor linking Place Vendôme and Rue Cambon.

“They have converted it into a Parisian passage and they have opened it on magnificent gardens, with a decor slightly reminiscent of the Palais-Royal,” he said. “The way the Ritz has approached its renovation is to create an experience for the customer and give them very few reasons to leave the hotel.”

The Reza store will have pearl gray walls and will mix modern materials like white lacquer and frosted glass with classical woodwork and parquet floors. The design is inspired by Reza’s stands at the TEFAF art fair in Maastricht and the Biennale des Antiquaires in Paris, where the brand showed in 2014 after a 14-year absence.

“It’s a big step because it will be an opportunity for the public to see what we do and how the house has evolved in the last five or six years,” Reza said of the store, which will sell jewelry for women and men alongside art objects.

“The fact that we were chosen as the sole representatives of high jewelry in the hotel was an honor, and I think they did it because we are not everywhere, we are not accessible, so that allowed them to offer their customers a choice that is unique,” he added.

If building proceeds according to plan, the opening of the store will coincide with Reza’s presence at TEFAF, which this year is scheduled to run from March 11 to 20. For the first time, Reza — who is also artistic director of the house — plans to show mainly recent creations.

“I have really gained confidence in what we are doing today,” he explained. “I am trying new shapes, new motifs, new techniques and every piece springs from a blank page. I have a very clear vision of what I want. It’s changing a lot, and we are being adventurous and doing new things.”

One of the last independent jewelry houses on Place Vendôme, where stores are increasingly in the hands of luxury conglomerates or foreign investment funds, Reza hopes to gain visibility through events rather than additional boutiques. He is also mulling an exhibition, possibly in 2018, when he will mark 10 years at the helm.

He noted that he is enjoying the freedom to create without constraints at a much younger age than his father did.

“My father started as a dealer, then he started producing pieces for the big houses, and after that he became a retailer, and for the first 10 years of that period, he had to produce historically inspired jewelry on Place Vendôme because of a clause in his lease agreement,” he said.

“So it was only in the Nineties that he was really able to produce the jewelry he wanted, and by that time he was already 75 and he had four stores. He had to supply them and have a high turnover to cover expenses. I don’t have any of those obligations. I have the stones, I have the time,” added Reza, who can spend up to two years on some designs.

“I reckon I owe it to the house to take these risks because I can afford to. It’s a gamble, and I think it’s what the customer wants,” he said.