The designer will mark the milestone with his first New York Fashion Week presentation. 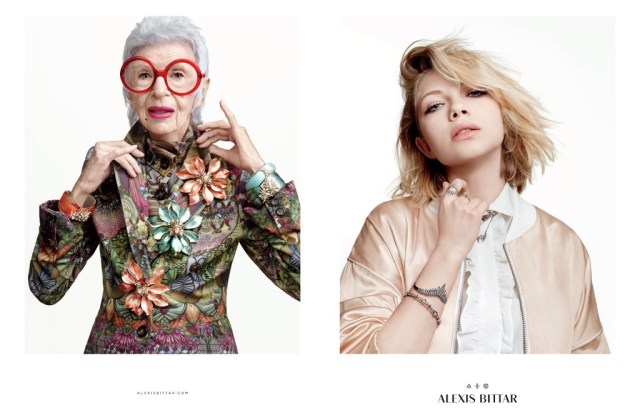 NEW YORK — This is shaping up to be a big year for Alexis Bittar. Next month, Bittar will celebrate his 25th year working with his brand’s signature material, Lucite, with a brand new milestone: his first New York Fashion Week presentation.

“I’ve always somewhat gone to my own tune, in terms of calendar,” said Bittar, who usually presents during Paris Fashion Week, despite being New York-based. “I felt like at this time, in terms of where we are with the business and the trajectory that we’re moving in, it was important to be on the U.S. calendar.”

The presentation, taking place Feb. 18, will be held at Cedar Lake, a gallery space in Chelsea, and consist of four “vignettes,” one for each of the designer’s core collections: Fine, Lucite, Elements and Miss Havisham. “I’ll show about 10 pieces per collection that really speak to the essence of that collection and who that customer is. I think it will be somewhat of a party,” he said.

Adding to the party atmosphere: four unique art pieces commissioned by Bittar to mark the occasion. After 25 years working with Lucite (the seven-step process includes hand-carving, hand-painting and hand-polishing), Bittar asked contemporary artists Cordy Ryman, Natasha Law, Juliette Losq and Mickalene Thomas to each create their own work of art out of the medium. “Treating the work as sculpture and art is great, and to do it in conjunction with these artists will be a good business operation,” said Bittar, who gave the artists free rein in their creations. The pieces will be auctioned off online through Artspace. All proceeds from the sales will benefit the Lesbian, Gay, Bisexual and Transgender Community Center, of which Bittar is a board member.

The following months are slated to be equally as busy for the designer, who is set to open two new boutiques. First up, a 610-square-foot store at CityCenterDC in downtown Washington, due open in March, followed by a 987-square-foot location within The Forum Shops at Caesars in Las Vegas the following month. “Vegas is our first actual mall store, which is exciting in itself,” Bittar said. “The Vegas customer is super driven by conventions — that’s where the traffic comes from. It varies from week to week, and there is massive tourist traffic, so as a designer, it’s an interesting place to be. And then D.C. is completely the opposite. It’s really understated; its one of those cities that people don’t think has a fashion sense and is super conservative, but they really want to experiment and have fun — it’s not like it has to be worn to work.”

As the anniversary year begins, a new ad campaign for spring 2015 will begin to roll out in February magazine issues. The ad, shot by Terry Tsiolis and styled by Arianne Phillips, features portraits of Tavi Gevinson and Iris Arpel — decked out in Alexis Bittar wares. Bittar picked the subjects based on their wide age gap; Gevinson turns 19 in April, while Arpel recently celebrated her 93rd birthday.

“In terms of the fashion industry, we’re selling to women who are predominantly over 35, but we’re showing them images of girls who are 19 and retouched,” he said. “For the campaign, we honed in on the essence of strong women who haven’t conformed. Tavi is so strong and so bright. Iris is kind of like a mother to me at this point and was probably a little bit annoyed that I never asked her to be in an ad [before].”