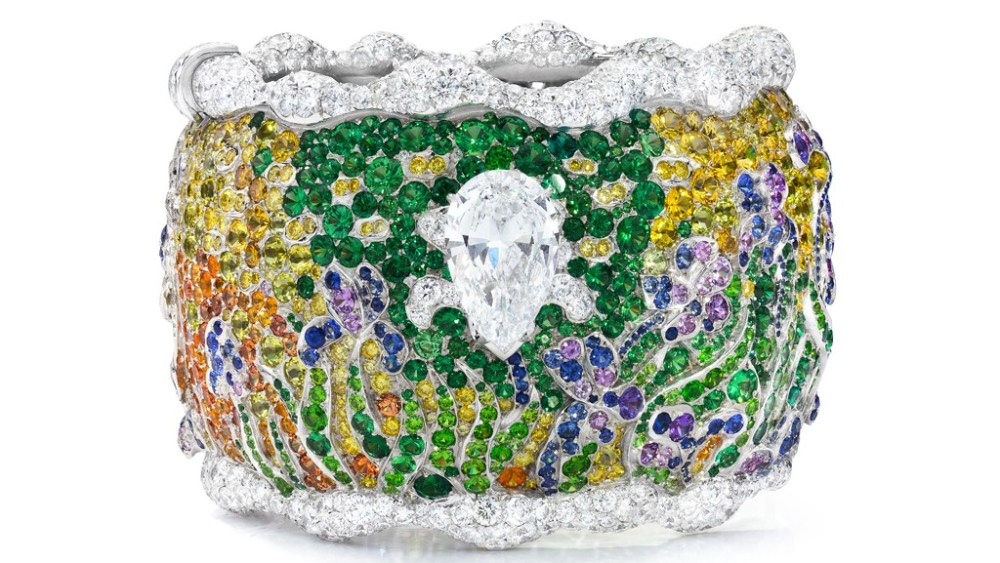 A range of her fantastical creations were on display, including a sculptural platinum and diamond cuff worn by Gwyneth Paltrow at the 2012 Oscars, as well as a pair of spectacular purple orchid earrings with briolette diamonds inspired by the movie “Avatar.”

Combining Chinese art with French jewelry traditions, Hu’s pieces are crafted in Paris ateliers or by French jewelers based in New York. The designer, who has a store in New York’s Plaza hotel, has plans to soon open a jewelry gallery in Shanghai.

David Warren, Christie’s international director, jewelry department, head of jewelry for the Middle East, was one of the guests at the Paris event. “In my opinion, Anna is probably one of the top 10 contemporary jewelry designers in the world,” he said. “When you see, for example, the Van Gogh bangle, you have to look very hard to see any metal. I know how difficult that is to make and it just takes my breath away.” One of his favorite items on display was the Imperial Tiger bangle, featuring a tiger motif with a vivid yellow diamond in its mouth.