The boutique is located on Bruton Place in Mayfair alongside designers such as Rupert Sanderson and Thom Sweeney. 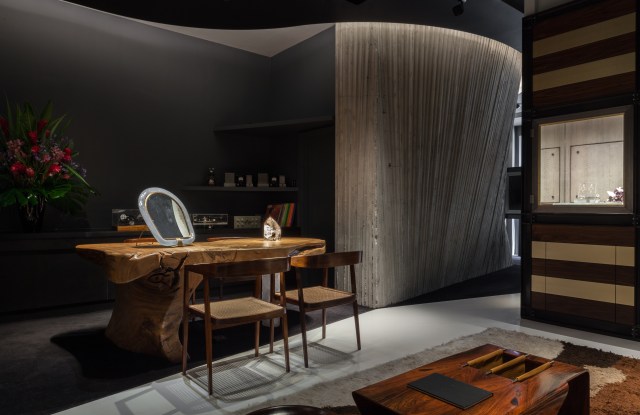 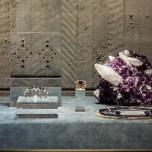 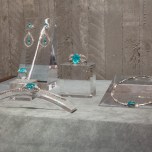 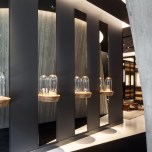 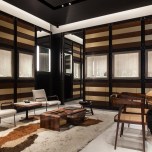 LONDON — The Brazilian fine jewelry designer Ara Vartanian has opened the doors to his first boutique, in Mayfair.

Vartanian, who is known for his innovative structured pieces and use of inverted diamonds, said he was attracted to the diversity of the British capital and wanted an intimate location for his first U.K. flagship.

The 862-square-foot store is located at 44 Bruton Place, a quiet mews off Berkeley Square. The location was previously the advertising mogul Maurice Saatchi’s home, and this is the first time it has been converted into a retail space.

“We are placed between Bond Street, which draws a high number of tourists, and Mount Street, which has all the great, luxury brands. For a privately owned company like mine we wanted something in the middle,” said Vartanian. “I want my customer to be able to walk to the store without being run over by a taxi, and Bruton Place has that calm feel. We’re also near other great artisan brands like Thom Sweeney.”

The store’s design mirrors that of the Ara Vartanian boutiques in São Paulo and Rio de Janeiro. It was created in collaboration with the architecture firm Estudio Tupi Architects, who have previously worked with the designer on his boutiques and his private home.

The interiors have many handmade elements: The standouts include a carved concrete wall set against wooden walls and furniture. Everything has been handpicked by Vartanian from Brazilian designers of the Fifties and Sixties. A handcrafted wooden table is the store’s centerpiece and was created by Vartanian and artist Hugo Franca, using a 1,000-year-old tree for the tabletop and Brazilian amethyst to carve the table legs. The two traveled to Bahia to source the wood and aimed to combine their preferred mediums when working on the piece.

“I want the store to follow the founding elements of the Brazilian showroom while introducing new aesthetics that follow London’s traditions. I wanted to align the architecture to one of the concepts behind the jewelry — that of “opposite elements” — the raw and the refined. A carved-out concrete wall can be compared to an inverted diamond, it is rugged but designed with elegance,” said Vartanian.

The designer aims to widen his brand’s recognition with the launch of his London boutique, building on the label’s wide celebrity following.

Vartanian counts Kate Moss, Penélope Cruz, Ronnie Wood and Naomi Campbell among his fans and Moss had often encouraged the designer to set up a base in London.

“We don’t pay for red-carpet placement, we develop genuine relationships with these celebrities and they often come to me to commission special pieces or buy multiple variations of a piece they like for themselves and friends,” said the designer.

Vartanian is known for using extremely rare stones — which he mostly sources himself in Brazil and Africa — as well as for his use of symmetry which ensures that his pieces are light and comfortable to wear. His signature two- and three-finger rings allow the designer to use bigger stones, such as a 29.94-carat rubellite or a 27.76-carat paraiba tourmaline, while his popular hook earrings are structured to embrace the ear lobe and give the notion of movement with inverted diamonds in dégradé hues.

The designer said he does not like to work with seasonal themes and collections, and instead adds pieces to his offer as inspiration comes. He is also shying away from selling online despite the growing trend of selling fine jewelry on big luxury e-railers. He does, however, sell a small selection on Moda Operandi.

“It’s like having a restaurant, you want to keep it small and family-owned and use the freshest ingredients you can find,” added Vartanian.