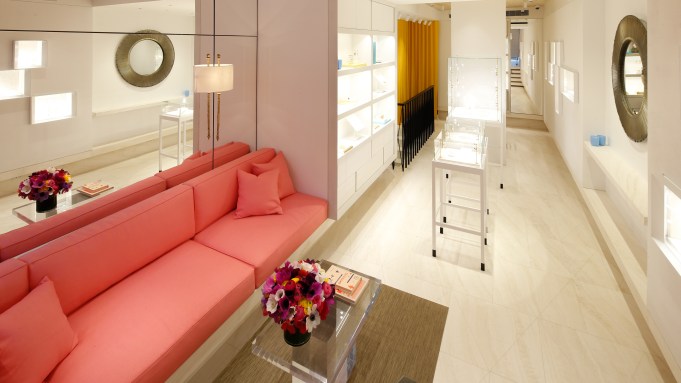 The 980-square-foot space is meant to compliment its Upper East Side surroundings, targeting the neighborhood’s shoppers with a focus on Bidermann’s fine jewelry designs.

Seventy percent of the store’s stock will be fine merchandise, with the remaining 30 percent occupied by Bidermann’s costume jewelry designs. By contrast, the stock at her Lafayette Street store in SoHo is equally split between the two categories.

“The U.S. is my second-biggest market after Europe, but historically the U.S. market has always been very good for fine and costume jewelry, and for me that is why it makes sense for us to develop the U.S. I also love New York; it feels very homey,” Biderman told WWD. She said she expects to double her U.S. business in 2016.

About 57 percent of Bidermann’s sales come from Europe, and 32 percent originate in the U.S. Industry sources estimate that her total annual volume lies somewhere between $8 million and $12 million.

With this additional New York unit, Bidermann’s freestanding store total rises to three — she also has a boutique in Paris’ Saint Germain district. She’s presently looking for an additional Paris lease, as well as one in London.