The designer is on a mission to wean women off their diet of designer and branded accessories — and encourage them to invest in fine jewelry instead. 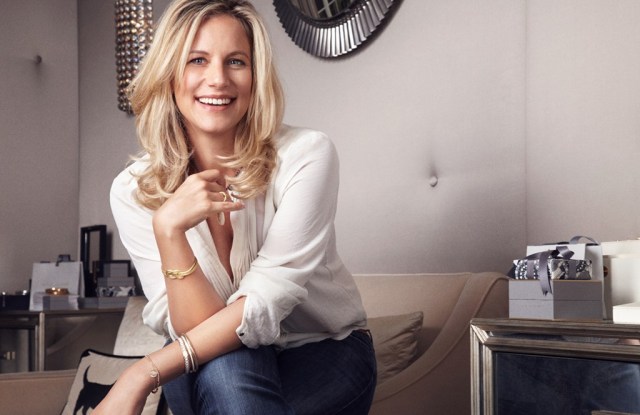 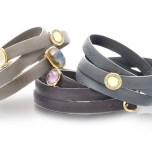 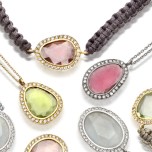 LONDON — Bec Astley Clarke is on a mission to wean women off their diet of designer and branded accessories — and encourage them to invest in fine jewelry instead.

One of the company’s big pitches to customers — whom she describes as “educated self-purchasers” — is to “Go precious every day.” Another is to stop being so precious about wearing fine jewelry every day.

“We encourage our customers to mix high and low price points, layer and just go for it — to do what they’re doing with apparel,” said the founder and owner of Astley Clarke, which sells a mix of designer and own-label jewelry online and at stores such as Liberty, Selfridges and Harrods.

For her part, she’s offering them fine jewelry that won’t drain their bank accounts: Prices range from about 50 pounds, or $82 at current exchange rates, for a red enamel and gold vermeil ring and can go as high as 10,950 pounds, or $17,850, for a pair of diamond drop earrings.

“The jewelry world has traditionally been about Bond Street or the high street — and there was very little in between. We want to own that middle, aspirational ground and to celebrate colored gemstones and collectibility. We encourage our customers to buy jewelry rather than another handbag,” she added.

So far, Astley Clarke’s strategies appear to have been working: The company that began life as a pure e-commerce player in 2006, selling jewelry by designers including Shaun Leane, Pippa Small and Carolina Bucci, has been rapidly diversifying.

In 2010, it began to offer Astley Clarke branded collections, all of which are designed and manufactured in-house. This year, those collections will account for 65 percent of turnover, with the balance coming from the designers’ pieces.

Astley Clarke said some of the own-label collections are growing at a rate of 70 percent year-on-year. And she added that 70 percent of the traffic on the site comes from customers searching for Astley Clarke branded products.

Among the bestsellers from the own-label collections is the Bolsena, a slim leather bracelet that comes in a variety of colors and can be customized with a variety of charms. The bracelet costs 150 pounds, or $245, while the sliding charms start at 55 pounds, or $90.

The Astley Clarke Colour collection — with pieces that range from enamel and gold vermeil rings and bangles to smoky quartz or amethyst rings — is also a top seller.

The Astley Clarke own-label collections, with names like Couture, Diamonds and Muse, are competing alongside designs from Solange Azagury-Partridge, Shaun Leane and Monica Vinader.

“Having started as a multi-brand jeweler, we are now building an international luxury jewelry brand,” said Astley Clarke. She added, however, there are no plans to phase out the independent designers’ collections.

“What we will be doing, however, is being a bit more strict about how many new designers we bring on, and the level of sales they need to be generating. But it’s nice to have the mix,” she said.

Astley Clarke is also expanding on a variety of sales platforms. It has three U.K. shops-in-shop and is looking to be a multichannel business, with e-commerce and brick-and-mortar wholesale and retail.

Earlier this year and with little fanfare, the brand launched a site in the U.S. that offers free shipping, no duty, no tax and next-day delivery. Astley Clarke said it has done well so far.

In the month of October, 24 percent of overall sales came from outside the U.K., and half of that figure was from the U.S., she said. Astley Clarke, a private company, does not reveal sales or profit figures.

Astley Clarke declined to give details of any further expansion in the U.S. or whether that market would be a priority going forward. “We’re looking now at where we start to expand, in the U.S. or Asia. We still don’t have an Asia Web site yet,” she said.

Earlier this year, the company said it had received a second round of investment from Carmen Busquets, a founding investor in Net-a-porter, and the owner of the CoutureLab and GiftLab e-commerce sites.

Busquets has now invested a total of $1.2 million into Astley Clarke. At the time, the company said it would use the new funding to invest in the brand’s equity — such as updating the design and identity and raising brand awareness — along with developing new collections and investing in interactive technologies to engage with luxury consumers online.

Those plans are on track: The company recently relaunched a more polished Web site and will reveal its new packaging early this year. The boxes will be gray with gold trim, while the paper is handmade in Japan and hand-printed in London.