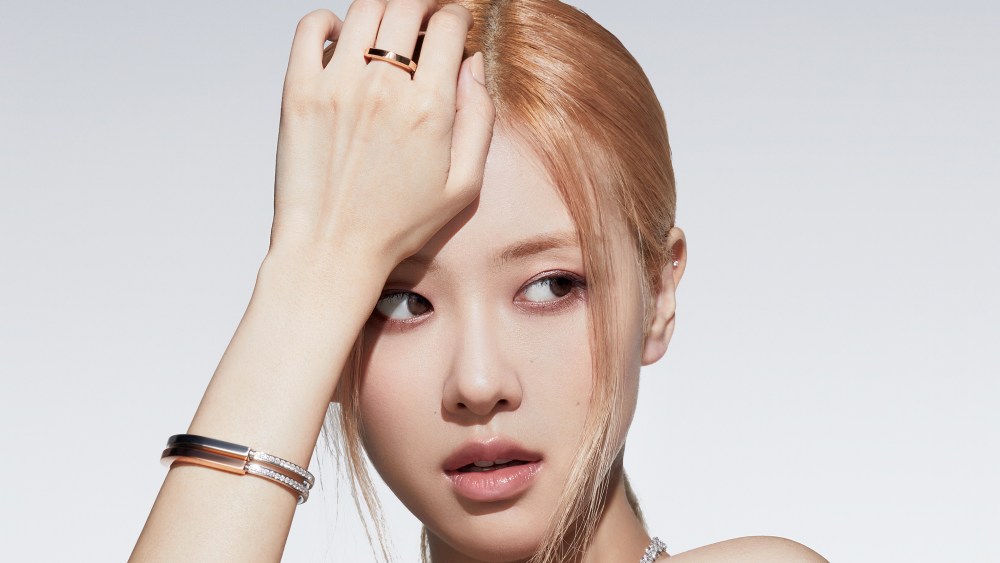 Blackpink’s Rosé is the latest face of Tiffany’s Lock collection. The pop star, who has been an official ambassador for Tiffany since April 2021, will appear in images featuring new Lock designs as the collection begins an expansion beyond bracelets and into earrings, rings and necklaces.

Rosé, who is currently traveling the world on Blackpink’s lengthy “Born Pink” tour, is seen wearing Tiffany Lock diamond bangles in the campaign. Tiffany was unable to comment further on the campaign.

It is understood that Blackpink’s contract with its record label YG is set to end in mid-2023 and it’s unclear if the group will sign an extension and if Tiffany’s contract with Rosé is contingent on her status with YG.

The record group’s relationship with Tiffany holding company LVMH Moët Hennessy Louis Vuitton is a lucrative one — beyond Rosé’s contract with Tiffany, fellow group member Lisa has contracts with Celine and Bulgari and Jisoo is in contract with Christian Dior.

Rosé’s “Lock” campaign is representative of Tiffany’s investment in what it sees as a new marquee product line. Lock launched as the company’s first true gender-neutral offering last August with a tight collection of bangles that swivel open on a hinge. The collection has been a hit on social media with celebrities like Justin Bieber and Pharrell posting the bangles to their accounts — sometimes stacked up on their wrists in multiples.

Lock’s expanded offerings include one- and two-finger rings, pendants, and hoop earrings — all designed in the same ovular shape, but with proportions adjusted accordingly. During their introductory period, the designs will only be offered in rose gold.