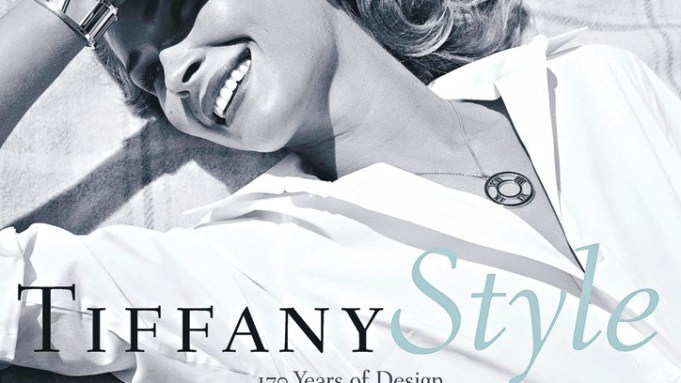 Now is not just a buyer’s market for jewelry, it’s an aficionado’s dream. Here is a listing of new books and exhibits for those who are “just looking.”

Tiffany & Co. knows a thing or two about style. What started as a stationery and “fancy goods” emporium in 1837 developed into one of the world’s premier jewelry firms. In his latest book, “Tiffany Style” (Harry N. Abrams Inc., $50), John Loring, Tiffany’s design director, explores the evolution of American taste as seen through some of the most preeminent purveyors of luxury. From Elsa Peretti to Paloma Picasso, the 304-page tome tracks the rise of American style for the last 170 years.

“We’ve become a very much more evolved society than when Tiffany opened its doors,” Loring said. “Americans were developing their own style based on nature and not inherited ideas from the baggage of European civilization. We have progressed brilliantly and can now see very different styles of jewelry today.” — Caroline Tell

Humans have long liked to bedeck themselves in baubles. Nowhere is that in more evidence than the “Bedazzled: 5,000 Years of Jewelry” exhibit, open at Baltimore’s Walters Art Museum through Jan. 4.

The exhibit highlights hundreds of pieces of fine jewelry of all types, from 3,000 B.C. through the early 20th century, that were collected by one of the museum’s founders, Henry Walters. One highlight of the exhibit, said Sabine Albersmeier, associate curator of ancient art at the museum, is an iris corsage from Tiffany that won the grand prize at the 1900 Paris Exposition Universelle. Other works of note include a brooch by Art Nouveau designer René Lalique and a section of the exhibit dedicated to rings with different meanings. — Liza Casabona

Temple St. Clair never intended to become a jewelry designer. She rarely adorned herself before creating her own 18-karat gold and gemstone pieces.

“Designing jewelry was never my plan,” St. Clair said. “I wasn’t looking for a career in the traditional sense. I wanted a lifestyle that would allow me to continue to travel, look at art and architecture, read and explore. Somehow, all of these interests culminated for me in jewelry.”

In “Alchemy: A Passion for Jewels” (Collins/Design, $49.95), St. Clair reveals how her love of history, tradition, mythology and literature all led her into the jewelry world. The colorful book features photographs of St. Clair’s jewelry, as well as images of artifacts, paintings, people and places that have influenced her along the way. The designer also explores her collaborative relationships with Italian artisans, a superstitious fascination with charms and a passion she gained at an early age for traveling off the beaten path in search of inspiration. — C.T.

Peter Carl Fabergé, Louis Comfort Tiffany and René Lalique are iconic names of the 20th century who were among the rare few to define standards of luxury. Their work, influence and rivalry is the subject of “Artistic Luxury: Fabergé, Tiffany, Lalique,” an exhibit on view at the Cleveland Museum of Art until Jan. 18. The 300 or so pieces are culled from private and public collections and include rarely exhibited objects from the collections of Princess Grace, Queen Elizabeth II, Neil Lane and Joan Rivers.

“What distinguishes this collection is the number of private loans,” said Stephen Harrison, the museum’s curator of decorative arts and design.

Pieces on show include five Imperial Easter Eggs and the Imperial Basket of Flowers created by Fabergé for Russian czars, Tiffany’s stained glass Magnolia Window and Lalique’s Frogs and Lily Pads Vase. There are also about 75 objects from 50 other designers to put the three within their aesthetic context.

Harrison said many of the pieces offered first inklings of modernism.

“This was a crucial point in the century of design,” he said. — Marc Karimzadeh