The Milan-based high-end jeweler and watchmaker Buccellati Group revealed plans to reunite under the Buccellati brand. 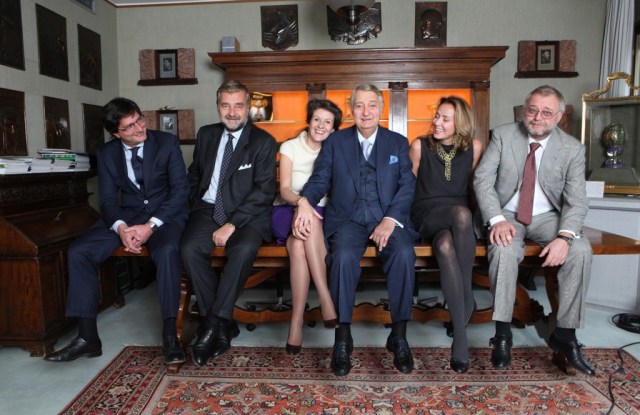 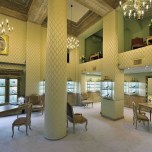 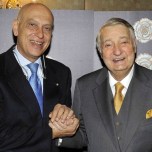 MILAN — The Buccellati family is together again.

The Milan-based high-end jeweler and watchmaker Buccellati Group, which split into two different companies after the death of founder Mario Buccellati in 1965, on Tuesday revealed plans to reunite under the Buccellati brand.

Italian merchant bank Simest SpA has acquired the remaining 49 percent of Mario Buccellati Italia for an undisclosed sum. Simest operates in 90 countries buying minority shares — up to 49 percent — in companies aiming to improve their international business.

“I think that with our collaboration Buccellati won’t play the part of the prey, but of the predator on the international markets,” said Simest’s chief executive officer Massimo D’Aiuto, referring to Buccellati’s future possible acquisitions of European companies. “Buccellati, which represents the excellence of the Italian jewelry industry, must look at international expansion, but at the same time must focus on its strong manufacturing system based in Italy, which is crucial to make acquisitions.”

According to Gianmaria Buccellati, among the new Buccellati brand’s goals are: the expansion of its stores, with the opening of three or four flagships in locations including Geneva, Madrid, Chicago and Singapore; the creation of a Chinese branch with stores in Beijing and Shanghai, and potential incursions in South America, India and the Middle East.

The Buccellati Group, which currently owns seven stores worldwide, including the recently renovated Milan boutique, and seven franchises, is also planning to boost its business in Italy.

“In conjunction with our reunion we strongly want to reorganize the distribution in Italy, which is extremely important for us, being our third biggest market,” said Gianmaria Buccellati, who aims to double the company’s turnover in three or four years.

“I belong to the second generation of our family and I’m pretty old,” he said. “I would be crazy not to think to the future of this company.”

Many members of the family have worked at the group over the years, including Gino Buccellati, president of Bologna-based silverware company Clementi; Andrea Buccellati, which will succeed his father as creative director; Maria Cristina Buccellati, who handles communications, and Luca Buccellati, who is employed in the retail department.

“I’m also very proud that we already have a member of the fourth generation working with us,” highlighted Gianmaria Buccellati, referring to Andrea Buccellati’s daughter, who works in public relations in New York City.