The state-of-the-art facility in Valenza in northern Italy is being billed as the largest in Europe and is due to open in 2016. 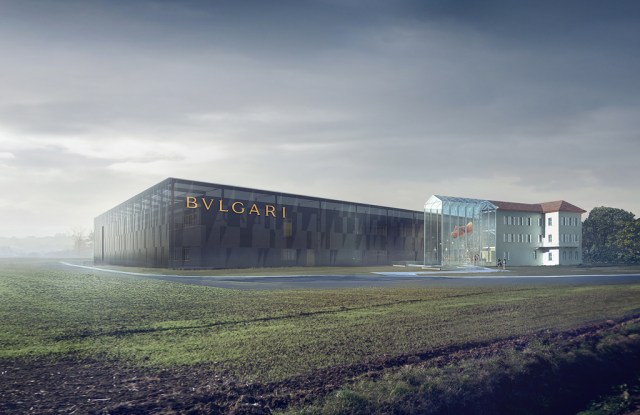 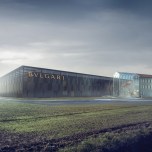 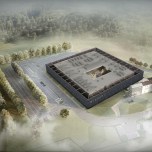 MILAN — Bulgari is working on a new state-of-the-art jewelry manufacturing plant that is to become the largest in Europe and is due to open in the second half of 2016. Located in Valenza, near the northern Italian city of Alessandria, it will allow Bulgari to increase the brand’s production and is expected to recruit an additional 300 workers, for a total of approximately 700 employees.

“This is a very ambitious project, and confirms that Bulgari sees a great potential in luxury jewels,” chief executive officer Jean-Christophe Babin told WWD. At the site, the company will open its first Bulgari Academy, with the goal of developing a pool of new artisans, as Babin lamented today’s “weakness: the obsession for intellectual works compared with artisanal ones.” If there were more investments, more focus and more consideration on the manual and artisanal professions, there would be more jobs, he contended.

He noted, for example, that “in Switzerland they are more sensitive to artisan craftsmanship, compared with the rest of Europe, that’s why they remain leaders in watchmaking.”

Babin said the first step for Bulgari is “the diffusion and knowledge of the art of jewelry, with its different crafts. We have to create the talents by first explaining well what we do.”

The town of Valenza, located between Milan, Turin and Genoa, has been a prized goldsmith hub for more than 150 years, peppered with medium to medium-large companies which are part of a shared supply chain.

Built with a low environmental impact, the plant, which aims to achieve LEED certification and heeds fuel-saving issues, is designed by architectural firm Open Project and is meant to combine activities currently shared in two existing production plants, in Valenza and in Solonghello — rationalizing Bulgari’s manufacture and covering all steps of production, from prototypes to final products.

The new complex will comprise two buildings — one housing production, the other Bulgari’s institutional administrative offices — covering a total of around 151,200 square feet. The company will restore an existing historical building, the Goldsmith’s Farmstead Villa Clerici, built in 1860. This was the home in the early 19th century of the first goldsmiths in Valenza, and will be expanded with a new wing entirely clad in glass.

A new three-level building with an internal courtyard inspired by the traditional central patio of the typical Roman Domus is designed to provide the structure with natural light and ventilation.

The perimeter of the facility will be surrounded by a “metal skin,” described by Bulgari as “an aesthetic cloak that will allow employees complete visual access to the exterior, with no visual barriers to obstruct the view of the surrounding countryside.” The canteen and the training college will also open out onto the courtyard, seen as a way to encourage social interaction. The Glass House, almost 43 feet high, will include formal and hospitality rooms.

Babin highlighted how the site is a combination of historical and modern elements, drawing comparisons with Bulgari’s own story, which blends tradition and future, he said.

While declining to provide a specific figure, the executive characterized the investment as costing “some tens of millions” of euros, also taking into consideration new machineries acquired for the site.

Having all stages of production under the same roof will allow interaction “in a more fluid way, to be more reactive to the market. Success is not only based on creativity and coherence but also on reactivity to the variations of customer demands,” explained Babin. Changes in product offer can more easily be introduced “depending on what sells more or less.” Being reactive is fundamental to catch market opportunities, he added.

The project was announced today by Babin in Valenza, during an event attended by authorities ranging from Sergio Chiamparino, the president of the region of Piedmont, to Gianluca Barbero, the mayor of Valenza.

In addition to the Bulgari Academy, an on-site technical college that will offer internships to students from outside and provide specialist training for new employees, Bulgari next year will also invest in a program called Employer Branding and Talent Scouting, with the goal of supporting the existing structures in the Valenza district with cofinanced training activities, for example.

Babin said the goal with the new site is to “increase volumes with more workers” in order to sustain the market’s expansion.

According to the latest study by Bain & Co. and Italian luxury goods association Fondazione Altagamma, jewelry is the strongest growing category in 2015, expected to log a 6 percent increase at constant exchange rates. Asked for his opinion on the strength of the division, Babin said “jewelry reflects emotional facts, not fashion — gifts, exceptional events — and it is inalienable, it’s all about precious materials, unalterable, and increasingly rarer, such as rubies or sapphires.” He believes jewelry continues to be an investment.

“See how much capital gain is made at auctions,” he noted. “Jewelry is more associated with optimism than pessimism.”

Also, he observed that, compared with other categories, jewelry is still “not dominated by global brands. People are traveling more, and global brands are growing more than local ones because of this nomad impact. There are new references of integrity and loyalty and the growth [of global brands] is not only connected to emerging countries.”

The site in Valenza is an addition to Bulgari’s high jewelry workshop in Rome, the accessories manufacture in Florence and the workshops developing and assembling watch mechanisms in Switzerland.