Collection is the top-selling jewelry line on the network and its online counterpart, hsn.com. 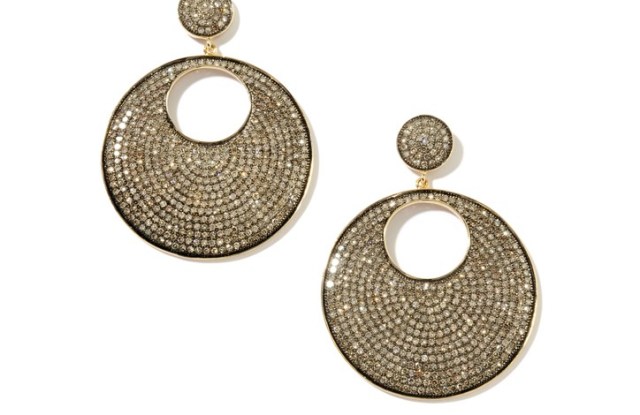 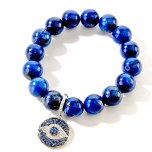 The self-proclaimed “passionate and obsessed jewelry lover and collector” launched Rarities: Fine Jewelry With Carol Brodie — a high-end jewelry business — on HSN, a traditionally mass medium and the exact opposite of what everyone else told her she should do. Two years later, Brodie reigns as the top-selling fine jewelry line on the network and its online counterpart, hsn.com — a feat, given the above factors and the current economic climate at the collection’s launch.

“I did anything that I was told didn’t traditionally work on TV,” said Brodie, who spent almost a decade as Harry Winston’s global director of communications and has worked with De Beers, Ivanka Trump Fine Jewelry and Fabergé. “I was told big earrings weren’t something you sell on TV — and they are now one of my best-selling items.”

In addition to celebrating her line’s second anniversary this weekend, founder and creative director Brodie revealed that she’s launching her first watch. The $589 limited edition timepiece, manufactured by Levian, is complete with a diamond bezel, a diamond illusion dial and features Brodie’s signature “evil eye,” created from 0.36pts of diamonds. She’s also unveiling a line of larger, higher-end pieces from the stone, which includes a $3,169 pair of disc earrings comprised of nearly 9 carats of champagne diamonds (the majority of her price points still remain less than $1,000).

Within months following the collection’s launch, Brodie broke HSN records, becoming one of the 10 largest jewelry lines on the network and shot to the top of its fine jewelry offerings — she even sold 1,200 units of a beaded, tourmaline necklace in eight minutes in March, the fastest sellout she’s had since the brand’s inception.

Brodie said her success is a result of operating a “100 percent digital brand.” She’s well versed in the world of Facebook and Twitter, and she likes to respond personally to fans when they reach out to her through any of the social platforms.

“I chose to go digital because I didn’t want salespeople selling the product I’ve created without knowing my story, style and knowledge. I wanted the voice to be mine, so what better way to do that than go on HSN,” said Brodie. “I live on social media Main Street. I want to provide the customer with quality conversation, knowledge and service — but you can shop in your underwear. Click and order is what I love.”