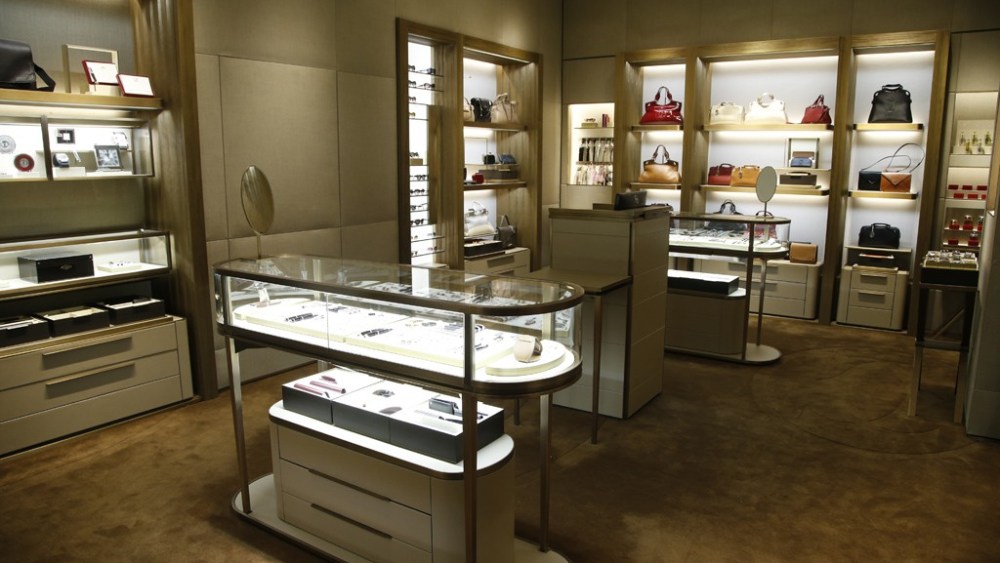 NEW YORK — Cartier is looking to the past with its new jewelry collection, Amulette de Cartier.

Based on the concept of amulets, objects meant to ward off evil or to bring good fortune, the range features variations of a disclike charm designed to act as a collector of one’s innermost wishes. “We went back to the origin of jewelry,” said Emmanuel Perrin, president and chief executive officer of Cartier North America. “Before it had an artistic function, it was a curse repellent or a good-luck charm. We’ve come back to that aspect, which for Cartier has always been a strong component.”

The collection, inspired by Cartier’s XXL Padlock charm bracelets of the Fifties, features a circular pendant crafted from mother-of-pearl, onyx or diamonds, with a small onyx or diamond placed in the center. The piece is offered in four pendant sizes, as well as a sautoir necklace and simple bracelet. The collection, which ranges from $1,910 to $82,500, marks what Perrin describes as a “revival of daywear.”

“We wanted something more playful, younger, more feminine,” he said. “We’ve been a bit more focused lately on the high end, which is much more difficult to show. Our clients, yes, but then in a preview, more than half of it is sold and gone, never to be seen. It affects the perception of our creativity, compared to what it really is.”

Cartier is also introducing a collection of leather goods — its first major launch in the handbag category since the debut of the Marcello line in 2007. The collection is split into two divisions: the Jeanne Toussaint, for women, and the Louis Cartier, for men. The Jeanne Toussaint collection, named for the company’s former bag designer and jewelry department head, consists of seven styles crafted from leather, crocodile, hard stones and metal finishes. Three “creative editions” will be available in limited quantities. A made-to-measure option will be offered in Cartier boutiques on these models, where customers can customize which materials are used. Prices for the collection range from $2,260 for a leather clutch to $14,800 for a limited-edition crocodile bag.

The Louis Cartier collection includes six bags, with two limited-edition pieces. Styles include messenger bags, briefcases and document holders, with prices ranging from $1,500 for a leather business portfolio to $46,300 for a crocodile messenger bag.

The Amulette de Cartier collection and the new leather goods lines are available beginning today at Cartier boutiques — including the new 59th Street outpost here, which also opens today. Last Saturday, the luxury jeweler shuttered its landmark Fifth Avenue mansion for renovations that will last about two years. The new boutique, located on Fifth Avenue and 59th Street, will serve as its main New York outpost in the meantime. The two-story boutique measures 11,000 square feet, with 8,000 square feet designated as selling space — its largest worldwide. The decor features high ceilings decorated with chandeliers, oak paneling and glass display fixtures trimmed in bronze. The Bruno Moinard-designed space has dedicated areas for engagement and bridal jewelry, watches, high-end jewelry, vintage pieces and accessories. According to Perrin, the goal was to create a space that did not feel temporary and maintained the company’s luxury vision.

Just seven blocks north of the Cartier mansion, the location itself is embedded in brand history. In a letter dated Sept. 13, 1908, Alfred Cartier wrote home to Paris about his search for the company’s first New York space. “According to what we’ve decided, I’ve been looking for space for locations to rent that could fit our needs. There are actually very few. So far, the building occupied by Maison Alavoine is the most interesting to us. It is at 712 Fifth Avenue, five minutes from the park and three minutes from the Plaza, and the most French, in Louis XVI style with fine stone masonry.”

“I would love to say that we followed the letter, but it’s not true,” said Perrin. “We actually discovered the letter after we had decided on the space, but it’s a very nice touch. It’s interesting to see that in almost 100 years the key location in New York hasn’t changed that much.”