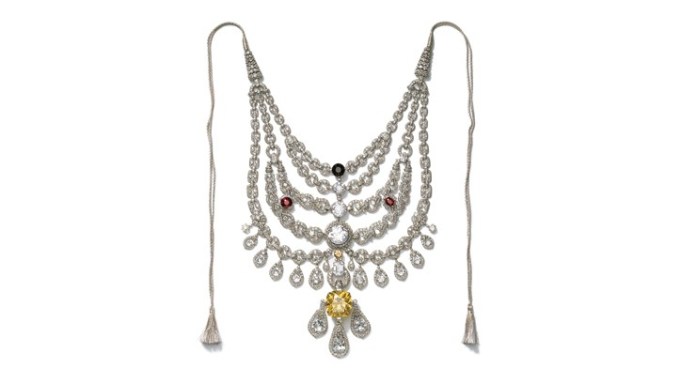 Mention Cartier’s special orders, and one’s mind often flits to the extravagant commissions of India’s peacock Maharajas, who in the Thirties were  particularly important for the jeweler’s London business.

“Many think of the Maharajas, not only because pieces weren’t worn the Western way but also because in most of the cases, the jewelry was worn by men,” says Pierre Rainero, Cartier’s image, style and heritage director. “Also, we’re not  talking estate jewelry here, but state jewelry.”

But according to Rainero, the era is just one among many dynamic peaks in demand for bespoke creations throughout the house’s history.

Take the coronation of Edward VII in 1902, for which 27 Cartier tiaras were summoned, or the voracious appetite exhibited by the grand dames of the so-called “cafe society” in the Thirties, including Wallis Simpson and Barbara Hutton. Alas, María Félix and Elizabeth Taylor belonged, perhaps, to the last generation of Hollywood stars buying jewelry for themselves “on such as scale.”

But demand for bespoke pieces is bubbling stronger than ever today, says Rainero. Declining to quantify, he estimates the department’s orders have grown tenfold over the past three years.

“It’s no secret there are more and more special order requests, but that’s also because we’ve pushed in the other direction. We talk more with our clients; we also encourage it,” he says.

Today, 50 high-end stores around the world that carry unique Cartier pieces are also equipped to service bespoke orders, though the nature of an order’s execution is handled on a case-by-case basis. For example, on rare occasions, designers are flown out to cater to clients, though mainly it’s the client who comes to Cartier in Paris — or at least to a neighboring hotel.

The house also owns ateliers in London and New York — staffed by Cartier jewelers — that are equipped to handle simpler orders, such as the mounting of rings.

Declining to disclose precise breakdowns, Rainero notes that while in the past demand for the house’s stock and special orders was almost even, today stock represents a much more important part of the brand’s business. “Where Cartier expresses itself in terms of style is in what we call the stock pieces,” he says. “They also inspire a lot of the bespoke orders.”

Special orders, meanwhile, which take “absolute priority” in the Cartier ateliers, can range from having a stone fitted in one of several classic Cartier settings to having a high jewelry necklace made from scratch, a process that can take up to six months. Such a piece won’t necessarily cost any more than one of the house’s unique pieces, however, with prices calculated on the number of hours taken to make a piece and the materials used.

Occasionally, Cartier will contact a client to propose designs if it believes an extraordinary stone it has acquired might be to his or her liking. Like the Maharajas in the Thirties, clients also often bring their own stones into Cartier stores to be mounted.

Certain timepiece “addicts” have fetishes for unique Cartier watch shapes, but the house’s bespoke service even extends itself to cars. The house was recently approached to refurbish the interior of a Smart car, for example. In this era of discretion, however, most of the house’s special orders remain top secret.

If one mood characterizes the current era, it’s perhaps that the majority of Cartier’s special orders today are driven more by sentimental than showy impulses, according to Rainero. “It can be a piece made for a special occasion, or a gift, or even intrinsically that the creation itself is an expression of something that two people share,” he says.