“It’s one thing to say you want to see equality, it’s another thing to fund it," said Lupita Nyong'o of the initiative for female entrepreneurs. 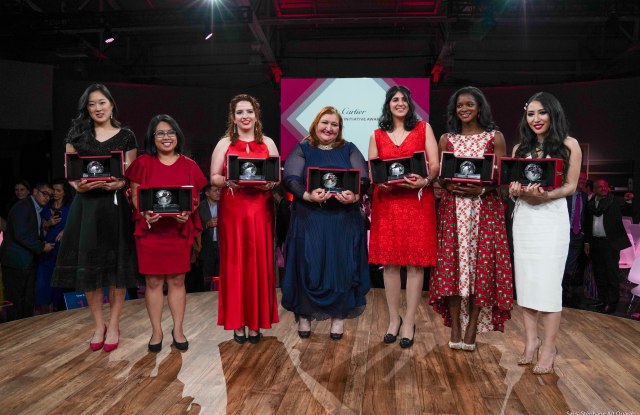 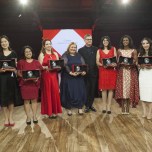 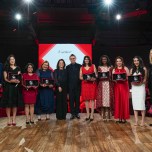 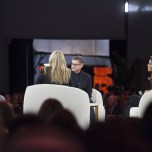 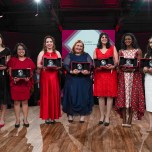 What does luxury brand Cartier have to do with preventing diabetes-related lower limb amputations, promoting affordable cancer detection and aiding cash-strapped farmers in Cameroon? These are just three world problems being addressed by female-run, impact-driven businesses that will be funded as part of the 2019 Cartier Women’s Initiative Awards.

This week, Cartier brought its global business competition to North America for the first time, to the new center of the world’s wealth and entrepreneurship: San Francisco. A panel of 35 judges reviewed 2,900 applications from 142 countries, narrowing them down to 21 finalists, who were brought to the Bay Area for a week’s worth of events, mentorship, financial and presentation coaching as part of the luxury brand’s values-based proposition, which started in France in 2006 and had been held in Singapore for the past two years.

“Listening to their stories, I said, ‘What have I done with my life?’ How these women can do what they do with the background they have you say, ‘Oh my god.’ It’s so cool,” Cartier chief executive officer Cyrille Vigneron told WWD.

“When it comes to entrepreneurship, this area of the world is one of the most vibrant, so where else?,” he said of bringing the awards to San Francisco, adding that Boston could be another choice. “Things have changed for this part of the U.S. because of the vibrant economic network and new companies, it has attracted people from everywhere,” he said of the diverse clientele at the brand’s two Bay Area stores, the top-performing one being in downtown San Francisco and the second in Palo Alto. “There is a profile of those who start their own brand in the garage who work 24/7 and don’t shave and one day they sell their company or code or go IPO and they become, ‘What do I do with my money?’ So we have some clientele who are extremely wealthy who are looking to learn.”

This new generation of clientele wants to change the world, he noted. And indeed, the Cartier program’s track record has been impressive in trying; more than 80 percent of the businesses that have received awards are still in operation, well over the Silicon Valley average, Vigneron said.

And while it may seem like this is a golden age of female entrepreneurship, there is still much work to be done, he said. “McKinsey statistics say only 3 percent of funding goes to female entrepreneurs. In some ways they are really in the spotlight but in reality, most of the entrepreneurs are male.” To highlight how Cartier is trying to walk the talk, he said that 21 years ago, the firm had only one female managing director, but now it has a 50/50 split male to female.

Wearing a pair of Panthère stud earrings the “Black Panther” actress called “very apropos,” friend-of-the-brand Nyong’o praised Cartier: “It’s one thing to say you want to see equality, it’s another thing to fund it.” Of the awards, she told WWD, “I found it very inspiring and informative. It’s so cool to be in a room of women doing things totally unrelated to my field.”

While that may be true, Nyong’o has philanthropy in her blood. Her mother is the managing director of the Africa Cancer Foundation, and her cousin is one of Africa’s most powerful female social entrepreneurs.

“I have a cousin named Isis Nyong’o. She went to Harvard and Stanford and she worked with big companies like MTV and Google. Then she moved back home to Kenya and was inspired by the experience of having her first child to start a parenting web site called MumsVillage, to provide resources geared toward the local experience. There would be ads in the local newspaper for Pampers with white babies, and advice columns outside of the local experience. Seeing her set up that company as a resource for women to go-to for relevant information has been inspiring,” Nyong’o said.

Thursday’s awards capped off two days of business-centric events. On Wednesday, Cartier gathered several past laureates for a discussion for the next generation of entrepreneurs at women’s club The Wing, followed by dinner at Chinatown hotspot Mister Jiu’s. At a press event Thursday morning at The Assembly, finalists stood up and gave their best business pitches.

“Adaptive wear is going to be the next billion-dollar fashion category,” offered Emily Levy, the Boston-based founder of clothing and accessories brand Mighty Well. “We are coming in as an authentic player in the space…the first product we developed was out of my own need living with long-term IVs.”

As the finalists mingled over breakfast quiche at the private social club, some marveled at the otherworldly events of the past few days.

“There are no Cartier stores in Kenya,” said Nairobi-based Chebet Lesan, founder of BrightGreen Renewable Energy, which aims to replace polluting charcoal cooking briquettes, which kill more people annually in sub-Saharan Africa than AIDS, tuberculosis and malaria combined, she said. “But perhaps they could look at it as an emerging market,” she added, wearing a vibrant beaded necklace from home.

Vigneron is aware of the disconnect. And while the events boasted plenty of luxury perks for attendees, including private transportation, luxe hotel stays, gourmet dinners and plenty of Cartier Champagne, there was next to no talk of jewelry — though each winner does receive a Panthère watch.

“CWI shows who we are and our values,” he said. “We craft beautiful things people don’t need but they want. But because we are a jeweler, we have to care for details, we have to have rigor to make things that respect material and the stone. If you apply to philanthropy, we want to support something that makes an impact. We don’t want to have a big gala dinner where vanity looks like charity. We want to make something better and lasting and sustainable.”

“This event really has nothing to do with fashion. It’s the sincerity to help women become the best versions of themselves,” said finalist Claire Yan, founder of Cobbler’s Suggest, a Shanghai-based app offering personal shoe repair and home delivery. When asked if the sparkly ring she was wearing was Cartier, she laughed. “I’m not that rich! But I’m hoping to get there.”