Over the course of its more than 150-year existence, Cartier has survived its share of market gyrations on the strength of its management and stylistic bravado. 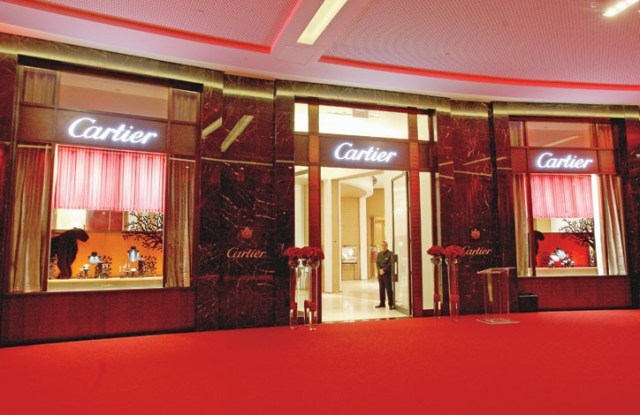 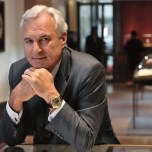 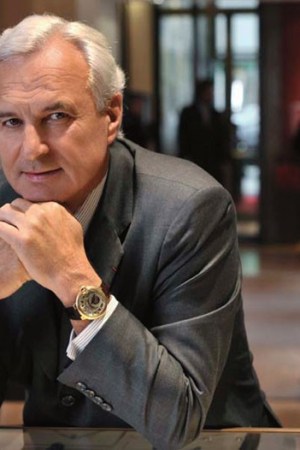 Over the course of its more than 150-year existence, Cartier has survived its share of market gyrations—two world wars and the Great Depression among them—on the strength of its management and stylistic bravado.

Even if today’s financial crisis is posing problems for luxury companies around the world as spending wanes and questions are raised about long-term effects on the consumer psyche, Cartier is facing the situation with confidence.

That’s because of a multipart strategy its president, Bernard Fornas, has been implementing over the last eight years, which is based on the brand’s famed creativity and international expansion.

That’s not to say the company hasn’t felt the pinch of the market vise. Cartier already has cut the hours of workers to halftime in one of its Swiss production plants that makes watch bracelets. It also has eliminated a number of part-time jobs to deal with declines in some markets.

Nonetheless, Fornas believes the moves to streamline supply chains, to build Cartier’s presence in emerging economies and to ramp up creativity are going to guide the firm through any present hardship and help it emerge stronger when the cycle turns propitious again.

“We are now dominant in new emerging markets,” Fornas explains in an interview at his art-filled office at Cartier’s headquarters in Paris.

“What is happening today validates the strategic decisions we made,” Fornas continues. “It is these countries that are growing — faster than the mature markets — and offsetting tough business elsewhere.”

Today, Cartier has five arms: Europe, Japan, Asia, America and Russia. “We can compete when I have those tools,” Fornas says.

Fornas offers as an example the difficult environment in the U.S. and Japan. “It’s tough there, but it hasn’t worsened so far this year,” he says. “We are a sailboat that’s used to storms.”

According to financial sources, Cartier’s sales are about 2 billion euros, or ($2.65 billion at current exchange, which is 38 percent of overall group sales for Compagnie Financière Richemont SA. Cartier’s earnings before interest and taxes are estimated at about 600 million euros, or $794 million, 55 percent of the group’s EBIT.

Presently, Cartier has eased up on boutique openings and other related projects in slower markets in order to allocate resources to potentially more robust locales. Store openings will continue in China. Out of as many as 12 shops earmarked for this year, eight are expected to be in China, which  currently has 30 Cartier boutiques.

“It is in the good times that you need to be ready for the worst,” says Fornas. “We’ve had several outstanding years. But when things get bad, you don’t have the time or money to adjust. Today, we are happy about the capital expenditures we’ve made.”

“China will be our biggest market in 2011, passing Japan,” he adds, shrugging off concerns the country may have its own economic problems linked to the recession.

“Mainland China is a little like Japan was 20 years ago,” he says. “You can’t forget that the distribution of world wealth is changing and that China is growing fast.”

Cartier is catering to its Chinese clientele to such an extent that it has Chinese-speaking sales associates in the majority of its boutiques around the world in order to accommodate tourists from that country. “They travel a lot — not only to Hong Kong, but to Europe as well,” says Fornas.

Russia, including former satellite communist countries, and the Middle East are other markets that are helping Cartier buck slower business in the U.S. and Europe. “We haven’t seen a slowdown in Russia or the Middle East,” says Fornas, who was on his way to Dubai to host an event with Italian actress Monica Bellucci for a store opening.

Opening more stores in emerging markets is only one component of Fornas’ strategy for the firm. Since he took the helm, Cartier has concentrated on its core businesses of watches and jewelry by accelerating the creative cycles and hiring more artisans to work on its most expensive and spectacular products.

Fornas says the average price of the most expensive items has risen by more than 10 percent over the last few years, as the market demands more extraordinary pieces. Illustrating the company’s creative brawn, more high jewelry pieces than ever have been coming out of Cartier’s Paris ateliers.

For the Biennale des Antiquaires in Paris in the fall, for example, about 120 pieces were displayed, with the majority of them, particularly the most remarkable, finding buyers.

Fornas says business for high jewelry has not slowed. “Today, what we’re seeing is demand at the very high end or at the entry level. Made-to-order is also still very strong.”

Fornas notes Cartier does “hundreds of made-to-order pieces each year. And not small things. We are capable of making anything. After all, real luxury is the art of being unique. And even if bespoke is more niche, it’s an important part of our overall business.”

The executive says his concentration on building the highest end of the jewelry business is part of his way of reinforcing Cartier’s DNA. “We are the king of jewelers,” he said. “There is no question about that.”

Parallel to the jewelry has been a vast effort to build the important watch business. In that segment, too, Cartier has been moving more upmarket, creating more complicated pieces and opening an atelier in Geneva to work on its most extraordinary models. The latter has given Cartier the right to use the prestigious Geneva hallmark, coveted by collectors and a proof of the highest quality in horology.

Cartier introduced its first watches bearing the Geneva hallmark at the watch fair in that Swiss city in January to wide acclaim. Fornas says the strategy at Cartier would be to continue to move upmarket with its watches and invest in production capacity in Switzerland in that segment.

Cartier’s creativity blitz over the last few years has raised logistical  issues. Fornas reports 25 to 30 percent of the product assortment comprises new products every year. That has created inventory issues at the jeweler. “You need to be very sophisticated with the management of the stock when you have this situation,” says Fornas.

To achieve this, Cartier has invested heavily in logistics and back-office functions in recent years. A replenishment system for all of the brand’s 300-plus shops around the world has been put in place. “It was a huge task,” Fornas says.

He offers that Cartier gathers data from its shops to achieve a “read of the market that is invaluable.”

“We have hundreds of references,” he explains. “If a client comes into the store for a ring and the right size or the right model is not in stock, we are not doing our job. It required a lot of investment to achieve this, but today we refresh the stock as we should — every week.

“The client needs to be happy, so you need to be organized. People want things faster today.”

Linked to that effort, Fornas concentrated on improving service in Cartier’s stores with a costly costumer service initiative. This program sends sales coaches to shops around the world to help sales associates improve.

“Customers are happier today,” says Fornas. “More satisfied people add up to more business. There is one Cartier customer, and he is king.”

Meanwhile, Fornas has strived to make Cartier more visible through exhibitions in prestigious venues around the world, particularly in emerging markets. These presentations, including a show of Cartier jewels at the Kremlin in Moscow last year, are intended to illustrate the company’s heritage and provenance to potential new clients.

A show of Cartier jewels opened in Japan this spring. And in September, Cartier will show in the Forbidden City in Beijing. “It’s the first time a brand has been allowed to exhibit in the Forbidden City,” says Fornas, adding Cartier has also intensified its Internet communication.

With all of this activity, Fornas decided it was time for Cartier to assert its social responsibility. Five years ago, he created a corporate social responsibility department with a mission to position Cartier at the forefront of ethics. With many stones coming from regions with questionable political regimes, the department has had to navigate some tricky winds.

But Fornas has not shied away from taking stands. Recently, he said in an interview that Cartier had ceased buying rubies from Burma due to its repressive regime.

“After I said that in an interview, all of the other jewelers stopped buying Burma rubies, too,” he points out.

“Cartier is a leader,” he adds. “When you are a leader, people look at you.”