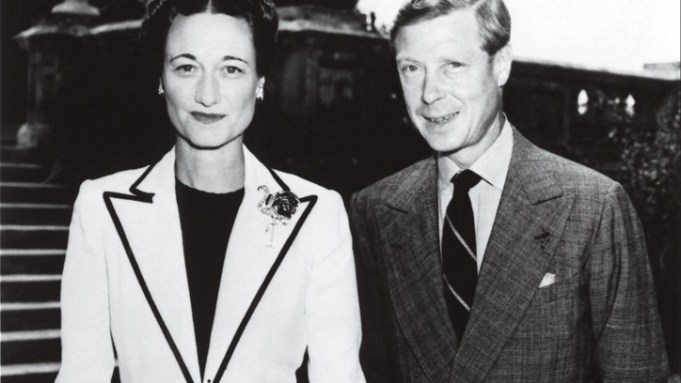 At the turn of the 20th century, the flow of royalty through Cartier’s salons on the Rue de la Paix in Paris was such that the Prince of Wales famously proclaimed the French house as “Jeweler of Kings for King of Jewelers.”

It was that ritzy prince who pushed Cartier to set up a subsidiary in London in 1902, winning an order for 27 tiaras for his coronation as King Edward VII that same year.

The move was a wise one. The new king issued Cartier its first royal warrant in 1904. Others quickly followed suit: King Alfonso XIII of Spain did that same year, then King Carlos I of Portugal in 1905 and Czar Nicholas II of Russia in 1907. By the time World War II broke out, the house possessed 15 royal warrants. “We are the jewelry house that obtained the most royal warrants,” says Pierre Rainero, image, style and heritage director for Cartier International.

Monarchs continue to drop in at Cartier, as two kings did last month and met quite by chance in the house’s salons, each of which is named for the royal warrant that decorates it. “They knew each other by sight, but they were introduced at Cartier,” Rainero recounts, declining to reveal the identity of the royals, citing a policy of protecting clients’ confidentiality.

Rainero credits Cartier’s royal success to the house’s use of platinum tarting in the early 20th century. “Suddenly, Cartier jewelry was unique in terms of design and refinement, and it corresponded exactly to ceremonial jewelry — tiaras and brooches — all that kind of jewelry that was necessary for court life,” he says.

Among Cartier’s most loyal royals were the Duke and Duchess of Windsor. The man who famously abdicated the throne to marry the woman of his choice found his love’s expression in countless gifts, many from Cartier. The couple commissioned more than 60 pieces from Cartier in Paris and more than 20 in London, while others were bought on impulse in the store.

The house’s archives include typed instructions signed by the Duke in 1937, with their monogram featuring a crown and the initials WE, for Wallis and Edward.

In high society, the Duchess’ well-known penchant for tigers and panthers, often worn high on her shoulder, created a kind of competition among her peers, according to Rainero. For instance, when Daisy Fellowes saw the Duchess’ panther, with diamonds as spots and 106 sapphires, sitting on a 152.35-carat sapphire, she ordered one right away. As reprinted by Suzy Menkes in her tome Le Style Windsor, the Duchess’ gold tiger lorgnette was featured with the headline “The Lorgnette in Fashion” in the pages of American Vogue in 1955.

Indeed, the Duchess’ gems often stole the show. Recalling Yves Saint Laurent’s fi rst fashion show under his own name in 1962, Helen O’Hagan, then vice president of corporate public relations at Saks Fifth Avenue, told WWD: “I don’t remember any of the clothes because I spent my time looking at the Duchess of Windsor and her jewelry.”

In aristocratic circles, the pieces of jewelry owned by such figures as the Duchess, Barbara Hutton and Fellowes became powerful symbols.

“When you saw the Duchess had decided to wear this piece or this piece, you could measure the honor, the favor she was bestowing on you,” Rainero says, noting one of her panthers, or her lavish amethyst, turquoise cabochon and diamond necklace made in 1947, was a sign of high esteem.

While she didn’t go to the color-coordinating lengths of others (when Cartier sales consultants saw Hutton arrive in a green Rolls Royce, for instance, they knew she was wearing her Cartier emerald), the Duchess’ jewelry often defined the rest of her outfits. Hubert de Givenchy, for one, would ask her to bring her latest acquisitions along to fittings.

“When she was wearing a certain piece, everything had to be in line with that,” says Rainero. “It was the centerpiece.”