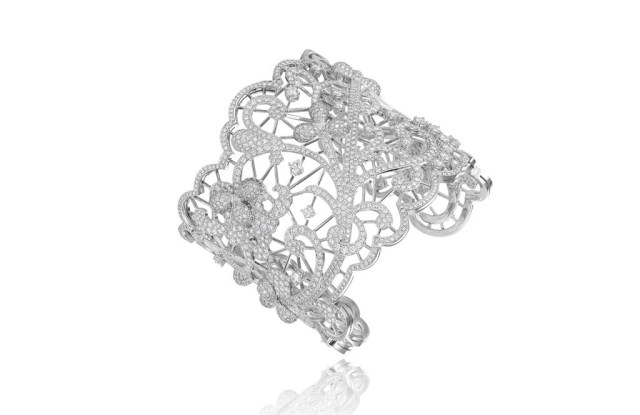 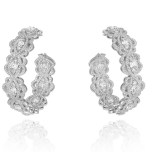 The Geneva-based jewelry and watch firm unveiled the first two items from its Green Carpet Collection at the Cannes Film Festival.

Chopard thereby becomes the first jeweler, and only the second brand overall, to earn the GCC brand mark. The seal was launched in March, with Gucci’s collection of handbags made with South American leather guaranteed to cause zero deforestation.

The Chopard pieces represent the first step in what it has dubbed “The Journey,” in reference to its gradual progress towards sustainable luxury by sourcing from businesses that are demonstrably committed to responsible, ethical, social and environmental practices.

“I think we will probably be the pioneers and hopefully put a lot of other companies on the same road, but being the first is always difficult,” Chopard copresident and creative director Caroline Scheufele told WWD.

“It’s a long process, because obviously we cannot change the whole way we produce in one day, so we have a capsule collection which will grow,” she added.

For the first two pieces, Chopard is using gold from artisanal community mines in South America, backed by the Alliance for Responsible Mining, the Colombia-based charity that developed the Fairmined certification designed to ensure an equitable price for miners while helping to protect the environment.

The white gold bracelet and earrings are set with diamonds from mines certified by the Responsible Jewelry Council. “But then you have the colored stones, which is another subject altogether, which we’ll be treating in a second stage,” Scheufele noted.

Firth, who is also creative director of brand consultancy Eco-Age, called the launch a milestone for the luxury jewelry industry. She noted that it was the first time that Fairmined gold has left Colombia for Europe — a source of great pride to the miners involved.

“It’s very raw in all of us what happened in Bangladesh. How many producers of what we wear in terms of clothes, but also in terms of jewelry, are really part of the story of that piece until the end?” she said.

“The GCC brand mark is now given as a seal of approval to leadership in the fashion and accessories industries, and why not extend it one day to other companies that are not fashion-related that we’re working with? But it’s a signature of recognition of supply chain integrity, and the ethics and the aesthetics matching. I can’t see the GCC brand mark ever given to an ugly object,” Firth added.

Chopard has been a member of the RJC since 2010 and this year renewed its certification against the RJC’s Code of Practice for the next three years to April 2016.