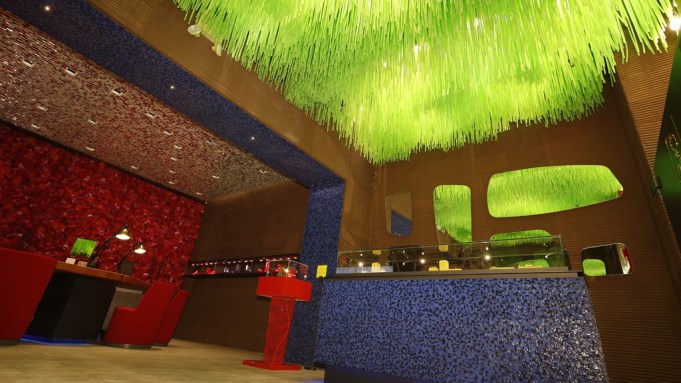 Dodo, the 18-year-old sister brand of Pomellato, quietly opened its first boutique in New York last July, as part of its drive to become a bigger player in the U.S.

Known for whimsical “talking” animal charms in gold and diamonds that each feature a witty catchphrase, Andrea Morante, chief executive officer of Pomellato Group, is keen to turn the mature Italian company into a thriving American business.

Already carried in almost 450 doors worldwide with 38 freestanding stores (including in-store shops in department stores), Dodo isn’t a stranger to the States — it has been available in New York at Bergdorf Goodman since 2002 and Bloomingdale’s since 2003. There are also freestanding stores in Aventura, Fla.; Short Hills, N.J., and the Beverly Center in Los Angeles. But it’s not exactly a giant here, either. According to Morante, U.S. business last year made up just $2.5 million of Dodo’s $70 million in sales.

Morante said the line was developed by Pomellato creative director Sergio Silvestris while visiting Mauritius, the island where the extinct Dodo bird once lived.

Inspired by the “funny, flightless” bird and the way locals created jewelry by stringing shells together, Dodo was born. Prices start at $205 for yellow gold and $875 for charms covered in pavé diamonds.

The question he asks though, is: What if Dodo had been born in the States in 1995 instead of Italy? If the company had the same success in terms of channels of distribution and American consumers linked up to the idea that every time there is a celebration it was a reason to purchase another Dodo charm — the way they do in Italy — he estimates that the company might have ballooned into a $500 million business by now.

“If this argument is true, and it’s purely hypothetical, I would argue that based upon a U.S. platform, Dodo has all the ammunition and instruments to turn into a global brand. It initially has an Italian passport, and has made some significant tests in other countries like France, Germany and the U.K. We weren’t born in the States, but there’s nothing wrong with asking for a green card,” Morante said.

Because the story and personalization aspect is paramount to the consumer experience, the brand has spent a lot of time making sure that nothing gets lost when the charms’ meanings are translated from Italian to English.

The Talking Charms collection contains more than 60 charms, and the brand will introduce five more from March through May, including a black diamond swallow — which has two different meanings for the Italian and American markets. Morante explains that in Italy, the swallow tends to come back at the same time of day so the message is “come back.” Since that’s not necessarily the case in the U.S., the message was adjusted to “don’t ever fly away.”

Other new charms include a fly (“Honey, I can’t resist you”), a dragonfly (“Catch me if you can”), an updated camel (“I’d walk across burning sand for you”) and a rose gold and resin ladybug (“Lucky me to have you”). Dodo will also launch mini letter charms in rose gold. There’s also a selection of good luck charms, like a four-leaf clover, and any option can be worn on a leather cord or silver or gold bracelet and necklace chains.

In the U.S., the top-selling charms, in order, have been the butterfly (“I love my freedom”), the starfish (“Handle with care”) and the elephant (“Don’t forget me”), whereas in Europe the most popular pieces are the starfish, the butterfly and the dolphin (“Follow you anywhere”).

Freestanding stores, designed by architect Paola Navone, are intended to evoke all the senses. For example, vibrant, almost neon green plastic sea grass “grows” from the ceiling, and walls are covered with what looks like wet sand, save for the back wall — covered entirely in pink roses — and another composed of blue mosaic tiles.

For Morante, immediate next steps this year include establishing an advertising presence in the U.S, supporting the Madison Avenue store and adding wholesale accounts.

“We’re more inclined to take a step at a time instead of putting $10 million into advertising, because we don’t have the actual network here yet to support the demand,” Morante said, noting that Mother’s Day is a good opportunity for the brand to try out some American advertising.