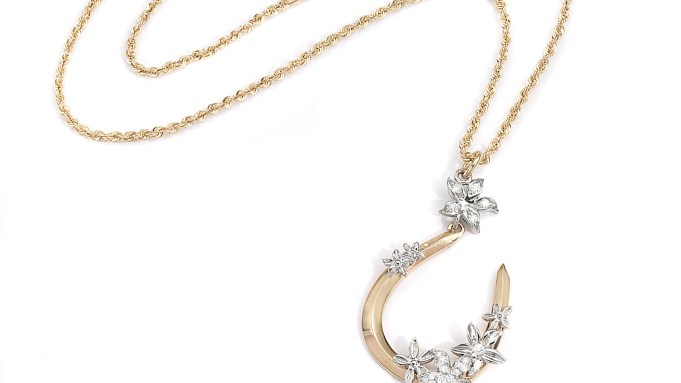 The Couture show always has plenty of newcomers and up-and-coming brands. Below are two worth noting, while the accompanying list is of companies showing at the exhibition for the first time this season. — MARCY MEDINA

Beth Bugdaycay knows about taking risks, and she has also reaped the rewards. The former fashion executive was Rebecca Taylor’s business partner and chief executive officer for 20 years — the two founded the brand out of college — but left the apparel business behind to pursue a new creative expression.

Foundrae, which Bugdaycay and her husband Murat Bugdaycay founded in 2015 and launched at retail in spring 2016, is based on taking chances in life in order to move forward.

“Over time I felt like I wasn’t able to express my creative side and I was 42, so my husband said, ‘If not now, when?’ I was in a good place and walked away and willingly started over. I think it’s important to grow and put yourself in a new situation, but it was really scary,” she said.

The creative process “started with the symbols. We created the symbols before we created the jewelry. It was really important to incorporate spiritual and mystical symbols that were points of self-expression, like having a tangible journal where each symbol is a mark of something you want to move toward or an encouragement,” she said.

Once they decided on Strength, Karma, Dream, Protection and Wholeness embodied by symbols that were universal to Murat’s Turkish Muslim and her American Quaker backgrounds, “then it really became natural to move forward with the cigar band ring, the signet ring and medallions, all things that have symbols on them and are surfaces to tell a story on.”

They decided on the materials after trial and error with different jewelry makers in New York City. Because they both liked color, they decide on champlevé enamel on 18-karat yellow gold.

This season at Couture, Foundrae will introduce a new chapter of its With Every Breath collection called True Love, one that is more romantic than past collections.

Priced at $1,295 retail for an entry medallion and initial charms to up to $7,745 for a heavier necklace, Foundrae offers annex links to add charms to a necklace or bracelet.

Foundrae currently sells to Broken English, Net-a-Porter, Moda Operandi, Browns in the U.K. and Japan and Hirshleifers in Long Island.

Bugdaycay said they plan to add new styles that have surfaces for their symbols, of which there are hundreds. She added, “The meanings for all are permanent.”

The family-run brand Saboo was established in 1935 and is currently headquartered in Hong Kong and led by Surendra Saboo, president and creative director.

The one-of-a-kind high jewelry is meant to symbolize and personify nature’s beauty and man-made architecture with complex, architectural construction using gold, platinum and titanium combined with rare and exotic gemstones such as diamonds, emeralds, natural Basra pearls and rubies.

“I’ve always traveled extensively, not only to search for and source the finest gemstones, but also to work with the best and most experienced artisans from around the world. These travels took me to places that are abundant in nature and striking architecture. All of this has inspired my creativity and aesthetic,” said Saboo.

Said Saboo, “It is not just jewels I am creating but wearable art. It is because of the artisans, the precious materials and the rare and difficult techniques that are used to create the jewelry.”

Saboo currently sells in nine doors in the Middle East and Asia. Its main client base is in the Middle East and includes the royal families of most of the Emirates. Retail prices range depending on the design and the gemstones used, but there are pieces at an entry price of $20,000 up to $5 million. It’s only fitting then, that such precious jewels should be worn by a princess or a queen.

New and Noteworthy
The show features 48 new brands this year, some heritage names and others new to market:

Kering, H&M, Others Commit to Development of ‘Circular’ Apparel