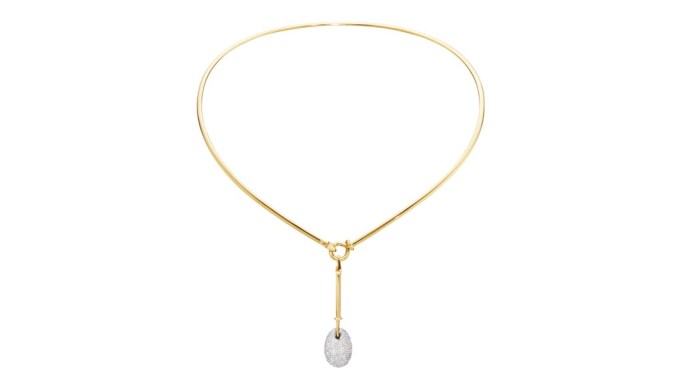 COPENHAGEN — On the sidelines of Copenhagen Fashion Week, the Danish Fashion Institute cohosted The Jewellery Room, an initiative now in its third edition aimed at positioning Danish jewelry on the international fashion map.

The exhibition, which was held at the Royal Danish Academy of Music on Thursday, showcased 19 local brands ranging from established labels like Pandora, Georg Jensen, Shamballa Jewels and Ole Lynggaard, to newcomers such as Line & Jo and Ninna York, all displaying their new collections.

The wholesale domestic market for Danish jewelry was flat in 2013 at an estimated 1 billion Danish kroner, or $183.7 million, while wholesale total exports were up 10 percent to an estimated 8.8 billion kroner, or $1.62 billion, mostly driven by heavyweight Pandora’s growth, according to the Danish Jewelry Association.

All dollar rates are calculated at average exchange for the period concerned.

While Pandora represents the lion’s share of jewelry exports, a flurry of up-and-coming brands including Maria Black and Figaros Bryllup are making their way internationally.

The show drew some 400 visitors, according to organizers. “We don’t attract the traditional goldsmiths yet, but fashion and accessories buyers,” explained Charlotte Møbjerg Ansel-Henry, cofounder of The Jewellery Room. “Most of the brands at the Jewellery Room appeal to concept stores and the bigger department stores,” she added.

“I think Danish jewelry is good at reinterpreting classics and the choice of materials is nice,” said Terrell Tate, creative director and buyer at concept store Sprmrkt in Amsterdam, which carries Maria Black.

“Jewelry overall is really good. Instead of a handbag, it is a nice investment, and you can stack it,” said Laura Larbalestier, buying director at Browns in London, which also stocks Maria Black.

“Classic Danish silver with polished surfaces is still the most common material used in jewelry,” said Jens Moller, director of the Danish Jewelry Association. “Gold seems to be regaining its position, however in a new color — rose gold is becoming increasingly popular.”

“Corals are very in trend this season, together with white moonstones,” said designer Charlotte Lynggaard, the creative force behind Ole Lynggaard, the jewelry label founded by her father.

Møbjerg Ansel-Henry said the Danish Trade Council is supporting a bid to take the initiative abroad, starting with London. “We are looking at all major markets, such as London, New York, Dubai and Paris.”