The 63-year-old fine jewelry brand opened the doors to its new store and headquarters in New York on Tuesday. 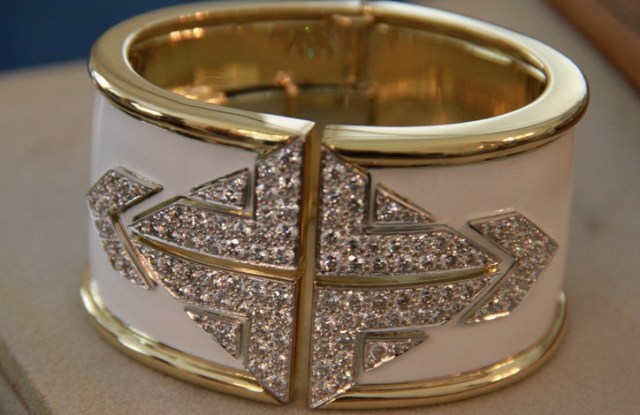 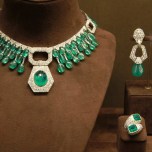 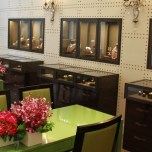 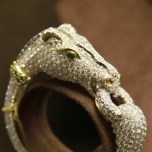 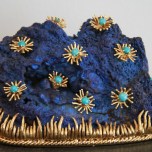 The 500-square-foot boutique is located at 942 Madison Avenue, with a suite of 8,000-square-foot executive and administrative offices, a safe, an archive room, a salon and a workroom located on the top two floors of the building.

“This new location is light years away [from the previous one on Madison Avenue]. We doubled the factory size and we doubled our efficiency and space. This really gives us wings,” said co-owner Mark Emanuel, seated in the salon an hour before the official opening, holding up a gold, lapis and Arizona turquoise Webb-designed table object that was once displayed in the Kennedy White House.

“Everything is under our thumbs,” Emanuel said. “The bonus of having a factory and your resources under one roof is having a cohesive business. Repairs, restructuring of jewelry and planning is all done in-house.”

Emanuel, along with Sima Ghadamian and Robert Sadian, acquired David Webb LLC in June 2010 and have since made it their mission to give the brand a new ownership stamp. The three commissioned architects Peter Pennoyer and Richard H. Lewis to work on the store and corresponding executive spaces, and interior designer Katie Ridder was tapped to give the new digs a “homelike feeling.” Terry Richardson also just shot the Carine Roitfeld-styled fall ad campaign (under the creative direction of Alex Wiederin), which Ghadamian described as “sexy, young, abundant” and “full of saturated color” — another statement to usher in the renaissance of the David Webb brand.

Additionally, Emanuel, Ghadamian and Sadian maintain that they’ve taken their unbridled access to the company’s exhaustive archives and thousands of molds and put this to good use: the three committed to digging through Webb’s original sketches and renderings to find designs that haven’t been expressed or created in years. Ruth Peltason, jewelry historian and author of “Living Jewels” and “Elizabeth Taylor: My Love Affair With Jewelry,” has even been brought on to help sift through these drawings, editorials, advertisements and client records — many dating back to the Fifties and Sixties.

“We’ve discovered this incredible resource that was more or less untouched. It’s with great joy that we’ve discovered great things that were either never or rarely made. It’s been an incredible challenge and responsibility recovering this lost DNA,” Emanuel said. “We don’t have to reinvent the wheel. David Webb was a genius.”

The couture-quality fine jewelry — which retails from about $4,000 for a small pair of animal earrings all the way to $3 million for an elaborate ring featuring Kashmir sapphires — is entirely handmade in the brand’s airy workroom. On a tour of the space, Emanuel explained that the skilled artisans employed by the company still use the same rubber molding process that Webb implemented in 1964. On average, it takes about three months to make each piece (some can take up to 10 years), and about 800 pieces have been made in the past year. He holds up a diamond and enamel horse bangle — a style purchased by Elizabeth Taylor more than 35 years ago that continues to be produced to this day (by the very same artist that has worked for the company since the mid-Sixties).

David Webb has a boutique in Beverly Hills and is sold at department stores such as Bergdorf Goodman and Neiman Marcus.