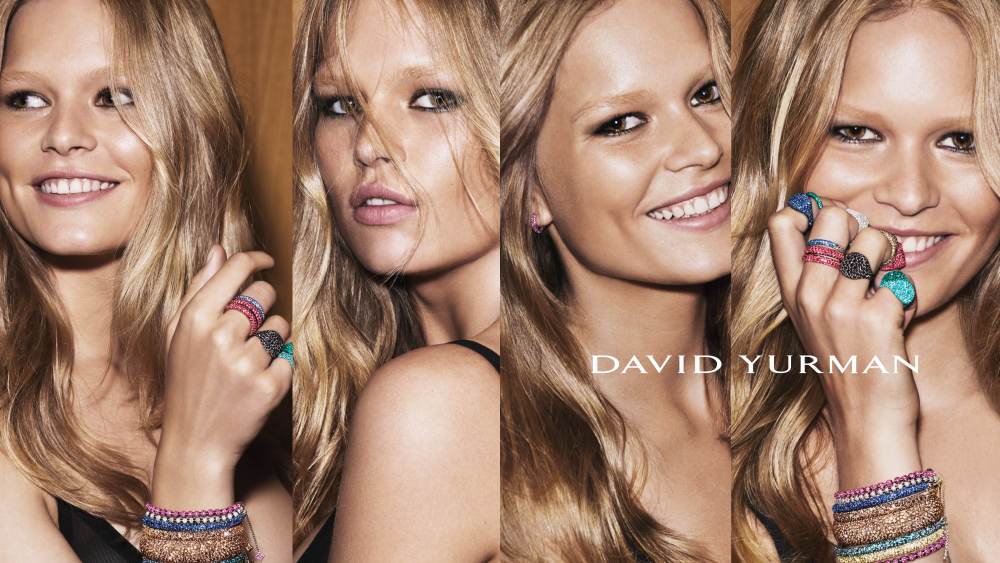 For holiday, the jewelry brand will debut its first-ever campaign shot in color. “This year we wanted to bring color into the world of Yurman,” said Sybil Yurman. “We wanted to bring in a playfulness that we are able to convey in color.”

Since 2001, the brand has produced its ads in strictly black and white, photographed by Peter Lindbergh. For its first foray into color, Mert Alas and Marcus Piggott took over photography duties, with Carlyne Cerf de Dudzeele acting as stylist.

Yurman, a longtime painter, noted that the decision to go colorful this season came from her recent artistic inspiration. “I’ve been painting a lot lately, and these paintings are all about the brilliance of color,” she said. “It was logical for us to step into that arena right now, and convey the fineness of the gemstones.”

The images feature stacks of bracelets and rings done in colorful gemstones, such as sapphires, pink spinel and emerald. “The rings that we featured in the campaign are set in a unique mosaic patterning, which creates a brilliance in itself, and we wanted that to be seen,” Yurman said. “We are known for color and our campaigns did not convey that, so we wanted to bring that in.”

The holiday campaign also sees newness with longtime David Yurman poster girl Kate Moss getting a mate in the form of fellow blonde Anna Ewers, who makes her Yurman debut in the ads. “Using Kate, we have a continuity,” said Yurman, noting that Moss has fronted the brand for 11 seasons. “She’s about a glamor and sophistication….[With Anna,] there’s a freshness and an innocence and a playfulness and a sexiness — she’s got everything you could want in a gal.”

The campaign will be in print, digital and outdoor, such as billboards, beginning with November issues of fashion magazines, which hit newsstands late this week. Whether the brand will return to black and white or continue in color next season remains to be seen. “Being an artist, it’s what touches you at a different moment, and how you feel emotionally,” Yurman said. “Right now, we wanted to take fine jewelry and convey a playful spirit.”