Taking their cue from companies such as De Beers, Richemont and Chanel, top diamond cutters and polishers have committed to shrinking their own carbon footprint, and becoming more sustainable businesses in the medium term.

LONDON — With the front and back ends of the diamond pipeline looking to go greener, it was only a matter of time before the middlemen, the companies that purchase and transform rough diamonds into polished ones, decided to take a sustainable stand, too.

These buyers, cutters and polishers are not well known to anyone outside the industry, and they’re certainly not subject to the same sort of scrutiny over carbon footprints that a miner such as De Beers or a luxury group such as Compagnie Financiere Richemont or Chanel would be.

Yet they are attempting to change all the same, in the name of the environment, their own reputations — and future sales growth.

Earlier this week, nine De Beers sightholders, or preferred wholesale buyers who have first “sight” of the rocks the miner hauls out of the ground, committed to becoming carbon neutral in the medium term, and to work toward creating “a completely sustainable and ethical supply chain.”

D Navinchandra Gems; Dianco; Diamant Impex; Diarush; HVK International; Hari Darshan; H Dipak and Co; Yaelstar, and StarRays made their pledge during an online meeting organized by the independent adviser and consultant Gemdax, which works on behalf of the sightholders and represents them to De Beers.

The group, which represents about 10 percent of the De Beers sightholders worldwide, promised to develop “concrete roadmaps” to reduce carbon emissions. Their progress will be reviewed and assessed every six months, according to Gemdax. 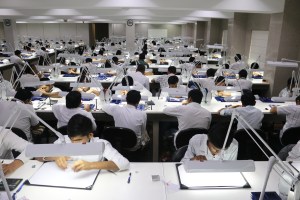 The details of how these businesses plan to shrink their carbon footprint, as well as the exact timeframe, have yet to be finalized, but they will likely focus on improving transport and distribution, shifting to renewable energy sources, cutting down on air travel, and reducing plastic, paper and water waste on the factory floor.

This is likely to happen within the next five to seven years, according to Gemdax, which has offices in Belgium, Dubai, the U.K., India and Botswana.

In an interview, Anish Aggarwal, a partner and cofounder of Gemdax, said these efforts around sustainability are important for a number of reasons. As with food, fashion and luxury goods, a product’s origins and a producer’s ethical practices are becoming increasingly important for the consumer. 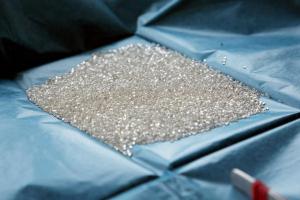 “The consumer is changing,” he said. “They don’t care just about what the product is, they care about the journey the product took. That has been coming from all of us, regardless of age, but especially Millennials and Gen Z. And I think you’ve got a much more environmentally conscious younger generation in an environment where there is going to be less discretionary spending power.”

Aggarwal, like so many others, believes that COVID-19 will make people even more cautious about spending — especially on big-ticket items like diamonds. The market, he said, is “getting more and more difficult; it’s becoming a more intense battle to get the consumers on board. Diamonds have a powerful emotional side, but the product itself, and the emotion it stands for, is not enough today. The supply chain also needs a compelling narrative.”

Consumers, he said, want “a sustainable diamond from the mine to their finger,” and they want to know that the manufacturing and trading processes are consistent with their values and environmental views.

Aggarwal added that it was important for the middlemen in the diamond supply chain to be as committed to, and open-minded about, sustainability as the miners, brands and retailers, which have been taking swift action of late. 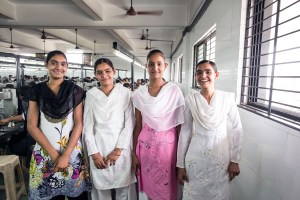 Earlier this month, Richemont detailed its efforts in improving the sustainability and transparency of its sourcing and supply chains, while in March Chanel published its first sustainability report, which showed that raw materials and transport of goods accounted for 50 percent of its overall emissions.

The report, called Chanel Mission 1.5, looks at how the luxury giant has been tackling climate change in line with the targets of the 2015 Paris Climate Agreement.

Later this year, De Beers plans to come out with its first sustainability report in which it will set out its carbon usage and future goals. The report was set to be published a few months ago, but was delayed due to coronavirus lockdown measures.

As reported, De Beers is currently researching the potential of kimberlite, the rock that encases rough diamonds, and believes it could soak up 30 percent of the company’s carbon emissions.

Stephen Lussier, executive vice president of Consumer and Brands at De Beers and chairman of the De Beers diamond brand, Forevermark, and of the Natural Diamond Council, said during the meeting that De Beers’ mission is to educate consumers on the industry “and the positive social contribution diamonds make to the world today.”

Aggarwal said he believes sightholders are a key part of the diamond pipeline, and they should be acting in tandem with the miners and retailers. He said the consumer needs to know who these cutters and polishers are, and how they operate. 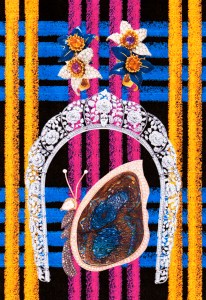 “When you think about clothing, you might know where the fabric came from, but you don’t really know how that shirt or that item of clothing was put together. What we want to show is that diamonds are a responsible product,” across the entire pipeline.

“It’s really about telling the positive story about natural diamonds and how the whole supply chain is responsible. And the diamonds that these sightholders sell on are going to be more desirable because they are carbon neutral.”

Much of the momentum, he said, was coming from India. Aggarwal pointed out that more than 90 percent of the world’s diamonds are cut and polished in India.

He said he was not prepared for the wholesalers’ enthusiasm about making changes: “A lot of the sightholders in the webinar wanted to act immediately, they don’t want to wait a decade. And if we have these nine on board, it will create a degree of peer pressure” to make more change, he said.