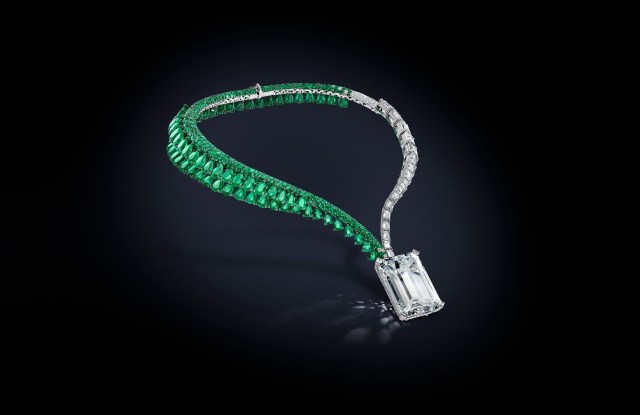 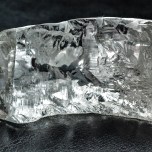 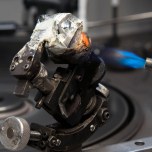 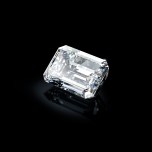 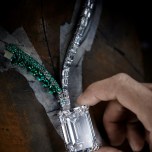 The piece, which at its center features a D-color Type IIa diamond of flawless clarity, was shaped from a 404.20-carat rough diamond. For now, the piece is simply called the Art of De Grisogono series “Creation I” or “the 164,” De Grisogono founder Fawaz Gruosi said, to be named by its eventual owner.

Bidding starts at $30 million but Gruosi said he is hoping in the range of $40 million or more. “I’m confident we’re going to sell,” he said.

If so, it would be yet another landmark sale this year. Earlier this week, Graff purchased the “Lesedi La Rona,” a 1,109-carat stone for $53 million, said to be the largest rough diamond discovered in the past century. In April, Chow Tai Fook created an auction record, purchasing the Pink Star for $71.2 million.

The rough stone De Grisogono acquired was discovered in early 2016 in eastern Angola’s Lulo mine and was named “4 de Fevereiro.” The name is Portuguese for Feb. 4, a tribute to the day the country gained its independence. To date, it is the 27th biggest rough white diamond ever discovered, the brand said.

The diamond can be detached thanks to a mechanism developed specifically to allow the owner to easily remove the stone as well as offering maximum security. Once the necklace has an owner, De Grisogono will offer to work with them to create other designs, such as a cuff, tiara or brooch featuring the diamond.

The piece heads next to London, Dubai, New York and finally Geneva where the auction will take place.

Gruosi, who was in Hong Kong for its unveiling, said he had China on his mind.

“My next wish is that we will start operating stores in China,” Gruosi said. “We’ve been in discussions with a partner for a while. We’re looking at the middle of 2018 to see how the situation is in China. Immediately, we are ready to have one shop in Shanghai and in Beijing and one in Hong Kong, wait one extra year and then double the shops. Then eventually Macau, and then we’ll see.”