The new owners of the Geneva-based fine jewelry and watch brand are making numerous changes to ramp up the volume and build the customer base. 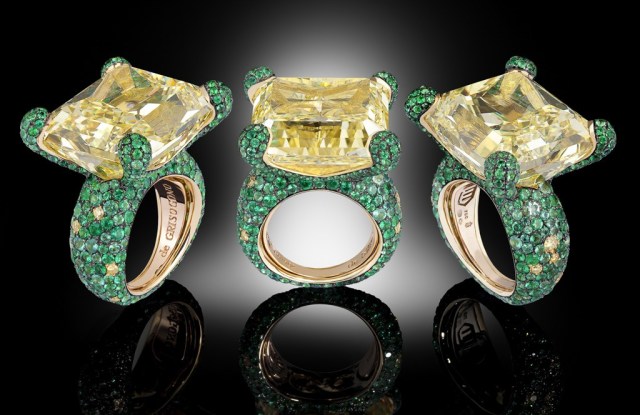 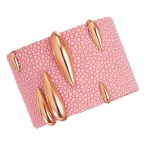 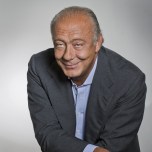 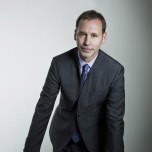 Now the new owners of the Geneva-based fine jewelry and watch brand — a consortium of investors from Europe and Africa who keep their identities, as well as de Grisogono’s value, tightly guarded — are making numerous changes to ramp up the volume, build the customer base and eventually get a return on their money. The goal is to do all this while maintaining the brand’s DNA established by Fawaz Gruosi, who founded the company 20 years ago.

Gruosi sold his majority stake in the spring to get the company on firmer footing. He retains a minority interest and a seat on the board, and continues as creative director and chief designer. He’s also the principal liaison to a network of wealthy private clients he’s established around the world during the last two decades. How they respond to changes, and whether new customers are found, will determine the company’s fate.

The growth process under new ownership started months ago with some key executive recruitments and more recently, a boutique opening in Abu Dhabi. In February, a store in the Bal Harbour Shops luxury center in Miami will open, precisely two decades after Gruosi opened his first de Grisogono boutique in Geneva. There are 16 around the world. Store locations are being sought in China, with two possible openings in 2014.

The U.S. is another big opportunity, with only two units operating, on Madison Avenue in New York and in Las Vegas. Kiev is also being eyed.

Marketing will be elevated to raise the profile, while expenses, and new ways to maximize the wholesale distribution, which in the U.S. is primarily Bergdorf Goodman and Neiman Marcus, are being examined. The investors have interests in precious stone mining operations and preferential access to diamonds, which will help build the assortment and grow sales.

“Our aim is to triple the company in three to five years,” Nicolas Abboud told WWD, in his first interview since being recruited as chief executive officer in the spring by the investors. “We are in the process of completing the 2013 budget and once we complete that, we will establish a five-year plan. But we have the strategy and the vision for the next five years.

“The brand has always been strong at sourcing the highest-quality precious-colored stones and precious materials, but the diamond angle was missing. That has been fulfilled. We now have direct access to the best diamonds.”

De Grisogono operated with a supply chain and central stock, Abboud said, that “existed embryonically. It can be developed much further. The same is true of the marketing, not only the creative, but with strategic marketing, examining who are the potential customers, what do they seek. What types of designs can we develop to fulfill their needs.”

For the company to advance, de Grisogono’s new group of strategic thinkers and business managers, who include recent hires Sylvere Demonsais as chief financial officer and Michele Heary as managing director of North American operations, must be sensitive to the brand image and attitude, which Gruosi characterizes as “Baroque contemporary.” He’s known for designing with inventive materials, like black and brown diamonds, and “galuchat,” an elegant strap with a soft stubby texture made from stingrays. Watch straps are offered in four sizes for the best fit, and De Grisogono developed a novel timepiece with digital time display run by a mechanical power supply.

At the same time, veterans of the company must adapt to new ways of running the company and embrace the vision for the future. At the top of the pyramid, those on the operations and creative sides of the business must be in sync while bringing different perspectives to the table.

“It is a tough balance to strike, but brands that do strike that balance do incredibly well. Fawaz’s role is very similar to what it was,” Abboud explained. “He is still a significant shareholder, a board member, chief design and private sales officer.

“He focuses on all aspects of the brand. He has a team that executes his ideas but he really drives the creative process.

“I focus on running the business, defining strategy, marketing, sales, finance and other functions. In a way, we complement each other, like the right and left sides of the brain. We really work symbiotically….There has not been a major replacement of people, not at all. We are just one team.”

Abboud is a former Investcorp partner, ceo of Christofle, and management consultant who, as such, held interim leadership roles at a range of companies in different sectors, from luxury to consumer goods to telecom and packaging. When he arrived at de Grisogono, it was not doing too well. “It was limited by its funding availability and we had a sales erosion. Today we have reversed that trend and we are in double-digit growth, 15 to 16 percent, year-to-date,” buoyed by what Abboud characterized as several jewelry sales this year between $3 million and $7 million.

Regarding reports that the investors injected $100 million, Abboud replied, “We are not bound to $100 million.” He described de Grisogono as debt-free and with “a significant  commitment to really grow the brand.”

As Gruosi sees it, changes involving store openings, marketing and a renewed distribution channel will come “gradually, not all in a year. To grow too fast is not good for a brand.”

As for himself, “Nothing has changed at all. I am taking care of business as usual. We had a ceo before, and 10 months ago, more or less, we changed to a new one.” He’s also dealt with investors before, years ago when Chopard took an equity stake that Gruosi ultimately bought back.

“Very few people have been able to do what Fawaz has achieved,” Abboud said. “He’s created a very high-end luxury brand, in such a short time, 20 years. It typically takes 50 or 100 years to establish this kind of equity for a luxury brand. That is something unique and a sign of enormous potential. De Grisogono’s positioning is unique,” and not likely to appeal to those who buy Cartier or Harry Winston, Abboud added.

“This has been a fantastic family-driven business,” Abboud said. “Now it’s reached a scale to start institutionalizing its habits,” meaning its best practices. “There is enormous potential for improvement.”