Will design continue to reign as the market’s strongest commodity? 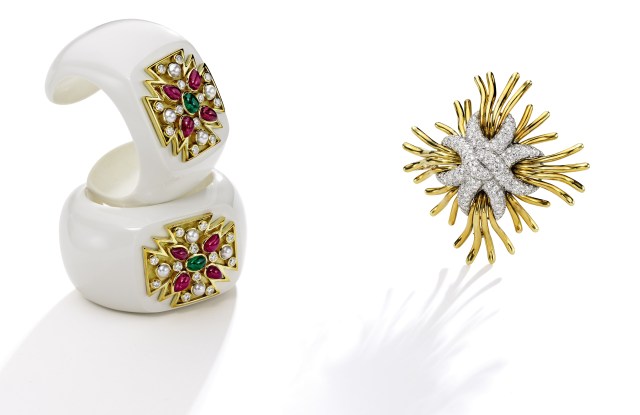 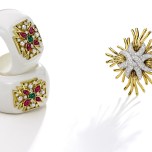 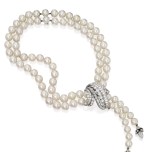 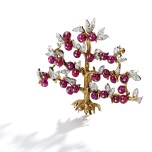 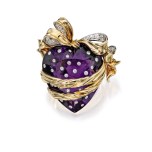 NEW YORK — “The year I took over the jewelry department, our annual total was $4 million in sales and we thought that was a lot,” Ward Landrigan, chief executive officer of the Verdura Belperron company, recalled one recent morning at Sotheby’s, where he once led the auction house’s jewelry division.

In the time since Landrigan’s oversight of the department (from 1965 through 1973) the landscape of jewelry collecting has shifted — with the value of signed, historically prominent pieces growing at a significant annual clip. In 2015, Sotheby’s New York jewelry department tallied $145.5 million in sales — more than 36 times the trade value of Landrigan’s day.

The Landrigans, along with current Sotheby’s senior vice president Frank Everett, perused the pieces — expected to realize a combined total in excess of $356,000. Through their discussion arose commentary and observations on shifts in the culture of jewelry collecting. Ward Landrigan purchased the Verdura name in 1984 and acquired Belperron in 1998.

Verdura’s legendary founder, Fulco Verdura, was known for his use of color, nature and personal mementos as inspiration. Verdura’s close relationships with his clients paved the way for sculptural pieces of design — such as Brooke Astor’s cultured pearl necklace (estimated in excess of $20,000) and Bunny Mellon’s apple-tree-shaped brooch (estimated in excess of $7,500), both to be auctioned this week.

Much of jewelry’s current spike in value can be attributed to an increased appreciation and understanding of design as a commodity — as was reported by WWD in March. Precious metal values continue to fluctuate, and the diamond market is in sharp decline. Such uncertainty has turned collectors’ attentions toward rare artistic jewelry as a safer store of value.

“Sometimes when we walk around jewelry fairs you have dealers offer things and you’ll hear ‘it melts for this,’ or ‘it breaks for that.’ It’s a mentality of looking at the destructive value of pieces that is so engrained in how people view jewelry,” added Nico. He feels this tradition has begun to soften.

“Cartier pieces that I sold when [I worked here] now sell for 10 or 20 times the cost, and it’s not for its intrinsic value; it’s because it’s beautiful and Cartier makes it,” said Ward.

“I think it’s the strength of the market — signed, period fabulous jewels being taken seriously as art,” said Everett. “That’s really what we are talking about with what we have here on this table. You are never going to get another one of these [pieces] with provenance and all that. That’s where I think the market is headed — not that big diamonds are [completely] going away,” he added in reference to the Verdura lots.

Everett highlighted a small Medusa-face ring designed by Renee Lalique circa 1900 as an example of the current market’s strengths. The design – fabricated of glass, enamel and gold – had a very low intrinsic value. While estimated to sell for between $15,000 and $20,000, the design ultimately hammered at $322,000 this past September.

Both the Verdura and Belperron brands have historically prioritized design over flashiness. Fulco Verdura often utilized semi-precious stones and enamel as colorful design elements, while Suzanne Belperron would use low-grade materials like chalcedony to create sculptural, ornamental designs for private clients including Wallis Simpson, the Duchess of Windsor.

Enamel work is prevalent in many of the Verdura lots to come under the hammer at Sotheby’s this week – including the floral-motif clip-on earrings once owned by Betsey Cushing Whitney.

“It’s a very expensive way to make jewelry, even if it isn’t full of diamonds. It’s a dust of glass that you have to fuse onto metal, and very often it doesn’t work so they have to take it apart and do it all over again – very often it takes two or three times, so it’s cost-ineffective and of course that appealed to Verdura. This was more about taste than money, so you were showing off your taste,” said Ward Landrigan.

The Verdura and Belperron brands are jointly housed in salons on Fifth Avenue, above the Bergdorf Goodman men’s store. “It’s never been a street-front business, and that’s part of the philosophy of the jewelry, private dealing and knowing the client – it reflects in the pieces and passion people have for it. It isn’t for everyone; new money doesn’t necessarily get it,” he said.

The company, privately owned with only nine wholesale partners, considers its small size a nimble advantage. “There is a great advantage to being small; we know every piece and get to spend more time on sourcing stones and the designs,” said Nico Landrigan. “If you are a bigger firm, you can imagine what’s it’s like on January 1 to have to go and do all that again. I don’t know what their annual turnover must be, but you’d have to be in the stone-shoveling and metal-truckload business, and you have to take your eye off some of the jewelry purity. So just in general, being a little smaller has its advantages.”

The Landrigans intend to bid on multiple Verdura lots this week, to hold in the company’s museum archives.