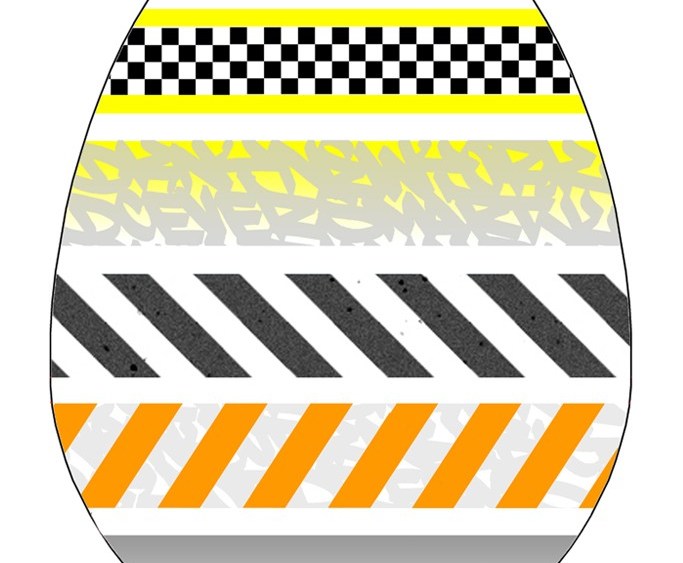 “It’s a great mix and a fun project,” said Katharina Flohr, creative director of Fabergé. “The Big Egg Hunt is so creatively inspiring and brings together artists in the art world and fashion world; it’s a wonderful way to illustrate what can be done on a street level, as well.”

Philanthropist Mark Shand conceived the initiative in 2012 as a fund-raising campaign for his charity Elephant Family, which raises funds for the conservation of the Asian elephant’s environment, as well as Action for Children, which supports neglected children. Fabergé quickly signed on for sponsorship.

“[The hunt] is a perfect medium to celebrate this sort of creativity and artistry while also supporting two wonderful charities,” said Flohr. The inaugural hunt became the world’s largest-ever Easter egg hunt, taking place in London over the course of 40 days. More than 200 eggs were distributed throughout the city, each displaying a unique code for hunters to record for a chance to win an original Fabergé egg. At the conclusion of the event, a selection of the eggs was auctioned off at the Royal Courts of Justice, with “Humpty Dumpty,” created by The Prince’s Drawing School and signed by Prince Charles and the Duchess of Cornwall, receiving the highest bid at $84,000. Overall, the London initiative raised more than $1.5 million for Elephant Family and Action for Children, as well as breaking two Guinness World Records: most entrants in an egg hunt competition (12,773 participants in total) and most expensive chocolate egg. The edible confection was designed by chocolatier William Curley and sold for 7,000 pounds, or $11,620. Select New York eggs will be auctioned off at Sotheby’s following the event’s conclusion on April 26. Proceeds will once again benefit Elephant Family, as well as Studio in a School, a New York-based charity that brings professional artists into schools and community organizations.

Artists participating in the New York event were first contacted more than a year ago, providing ample time to get creative with their designs. Marchesa’s Georgina Chapman and Keren Craig opted to go girly with a silver floral motif.“Our egg is named ‘The Rose Palace’ after our muse, Marchesa Luisa Casati’s residence in Paris,” said Chapman. “The egg is gilded and encrusted with antique silver crystals and beadwork. Four glass crystal roses are featured as the centerpieces on four panels, and each floral center is unique in its design.”

For his design, Tommy Hilfiger took cues from the brand’s classic all-American aesthetic. “I was very excited to design for this project benefiting a great cause,” Hilfiger said. “[My] design combines a tonal stripe pattern with a hand-carved, brass anchor and aged mirror interior that gives a preppy twist to traditional design.”

DKNY went for a more urban approach, taking inspiration from the city’s bright graphics. “These iconic New York symbols are core to the DKNY brand,” said Patti Cohen, executive vice president of global marketing and communications. “New York is constantly in motion, and DKNY’s energy and spirit reflects the pulse of the city that inspires it.”

A number of completed eggs will be unveiled during a private event on Tuesday, while others will remain secret until the official launch on April 1. “It’s a fun, vibrant and fabulous project,” Flohr said. When we finished in London, we were all very sad because so much effort and humor and heart went into it. Who knows? Maybe we’ll break another record….Let’s see if New Yorkers are up to the challenge.”