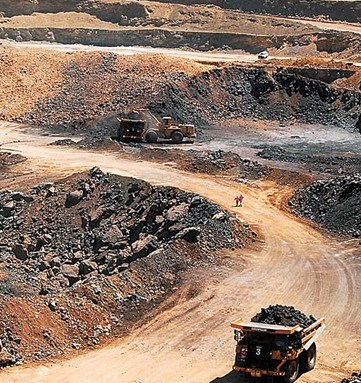 The economic downturn, shortage of supply, softening worldwide demand, wildly fluctuating exchange rates and the rapidly diminishing skilled workforce all have contributed to a less-than-glittery state of the industry.

“In a year, we have seen the labor workforce of diamond cutters and polishers shrink from 3,500 to around 1,500 today,” said Ernest Blom, chairman of the Diamond & Jewelry Federation of South Africa and honorary life president of the World Federation of Diamond Bourses.

Many of these skilled laborers, Blom added, have relocated to nearby countries such as Botswana, Namibia and Mauritius, where they have “consistency of employment, as there is also a consistent supply of rough diamonds to work with.”

The local cutting and polishing industry in these countries are thriving, while in South Africa, “it is in steep decline.” Botswana now has a workforce of around 3,000 cutters and polishers, while Mauritius has 1,200 and Namibia a few hundred.

A local industry source whose family has been involved in all aspects of the diamond business for three generations, and who requested anonymity, stated bluntly, “The diamond industry is a complete mess at the moment. In many ways, the industry is overregulated by the government, which is not always a bad thing, except that a lot of these regulations were implemented abruptly and without thorough consultation with the industry.”

One such regulation is the establishment of the State Diamond Trader in January 2008. This, apparently, was one of the factors that led to the drop in supply of rough diamonds in the market, which has had a snowball effect on labor and output.

Previously, Blom explained, De Beers, through its subsidiary, Diamdel, supplied the South African market with more than $100 million worth of rough diamonds every year. However, De Beers decided to close down Diamdel in South Africa, which left a gap in the market, and the government created the SDT in the hope that “it would fill in the void left by Diamdel.”

The unidentified source said, “The SDT has admittedly come into a very hard situation, but its policies, while well intentioned, have not really helped anybody. Under the new regulations, SDT has mandated that diamond producers big and small are obligated to supply 10 percent of their output, or run of mine, to the SDT at a price dictated by the government body.”

Blom said this has resulted in the SDT supplying the market with up to 85 percent of undesirable rough diamonds — “diamonds that are uneconomically cuttable or polishable. There already is a shortage of [salable] rough [diamonds] in South Africa. This just exacerbates the problem.”

A Rapaport News story in September reported that the United Diamond Association of South Africa was preparing to sue the government for “hundreds of millions of rands for losses incurred by the industry as a result of the SDT’s failures.”

Despite De Beers projecting an output of 800,000 carats a year from Voorspoed, its newest and most modern mine in South Africa, the country is ranked fourth worldwide in diamond production, long overtaken by its smaller neighbor, Botswana, which is the world’s biggest supplier of rough diamonds. Botswana supplies the global diamond trade with around $3.2 billion worth of roughs a year, while South Africa supplies only $1.6 billion worth. Russia and Canada are the world’s second and third largest suppliers, respectively.

Another government policy is beneficiation, which, Blom said, simply means that, “as much as possible, rough stones should be cut and polished in South Africa to increase their value.”

This policy also is fraught with problems not only because of the lack of supply, but also because labor costs in South Africa are higher than anywhere else on the continent, if not most of the world. In India and China, for instance, labor costs average between $5 and $8 a carat. In South Africa, a cut and polished stone often represents labor costs of between $50 and $100 a carat.

“Clearly, this is not an economically viable option,” asserted the insider source.

At an Oct. 13 industry workshop, Steve Phiri, chairman of the South Africa Diamond & Precious Metals Regulator, acknowledged that the industry had shrunk and that it was losing many of its skilled workers to neighboring countries.

“South Africa contributes something like 1 percent of the global jewelry demand,” Blom said. “You could fit the total South African industry into a single factory in China or India.”

Blom expected the industry to be further weakened by “the problematic world economy at the moment.”

“No doubt, there will be a slowdown in global consumer demand,” he said. “But the long-term outlook is still positive. It may take a year, maybe more, before the market recovers.”

De Beers is clearly one of those firms operating from a position of strength. This year alone, the company has invested in four major capital-intensive projects: Peace of Africa, the first deep-water, full-scale marine mining vessel; two new mines, Snap Lake and Victor, Canada, and the Voorspoed mine in the Free State province of South Africa that first opened in 1906 and produced diamonds until 1912, when it was bought by De Beers and soon shut down.

De Beers chairman Nicky Oppenheimer admitted a special attachment to this mine, the first major new diamond mine to be opened in South Africa in almost two decades. He recalled his father, Harry, recounted how his own father, De Beers founder Ernest Oppenheimer, used to tell him that “there were some very nice diamonds from Voorspoed mine.”

Since limited production began in June, the mine already has yielded 60,000 carats with a value of about $120 a carat, above the South African average of $100 a carat.

“So my grandfather was right, after all,” Oppenheimer said at Voorspoed’s formal opening ceremony on Nov. 4.

De Beers considers Voorspoed to be a benchmark mine. Representing an investment of $130 million at current exchange rates, it is an open-pit mine with an expected life span of 12 to 16 years. Structures are prefabricated for easy setup and dismantling, which means the mine is operational during construction. A De Beers Consolidated Mines spokesman said, “The mine has an exemplary environmental, rehabilitation and closure plan that began to be implemented before construction of the mine, and long before the first diamond was even recovered from the ground.”

Elaborating on other aspects that make Voorspoed “a new-generation mine,” DBCM managing director David Noko said: “The employee profile is young, less than 35 years, and all employees recruited have an educational level higher than any other diamond mine in South Africa.” He added that “the role of the modern miner is more empowered and well rounded than ever before.”

At Voorspoed, the modern miner is also increasingly female. Of the 430-strong workforce, 36 percent is female. De Beers aims to up that figure to 52 percent by 2011.

Oppenheimer conceded, “The world’s financial institutions are in chaos,” but believes that diamonds will retain their desirability.

“Diamonds are scarce and rare,” he said. “Nature has decreed that they are not everywhere to be found, and diamonds have emotion stored in them. They will always stand in good stead as an investment.”

When pressed to comment further on the global economic crisis, he said it was too early to be able to tell what the full impact would be on the diamond industry.

“I’m not a great fan of what-if scenarios,” Oppenheimer added. “I prefer to assess what is happening as it happens and react then.”

Also speaking at the ceremony was Minister of Minerals and Energy Buyelwa Sonjica, who said the new mine “was something to smile about as we smack down the wounds of the financial meltdown.”

The latest market report of the polished diamond market released by the authoritative industry body International Diamond Exchange tells a different story, however. It said, “Worldwide markets continue to function at minimal trading levels. While many are hopeful for a letup, there seems to be no end in sight just yet.”