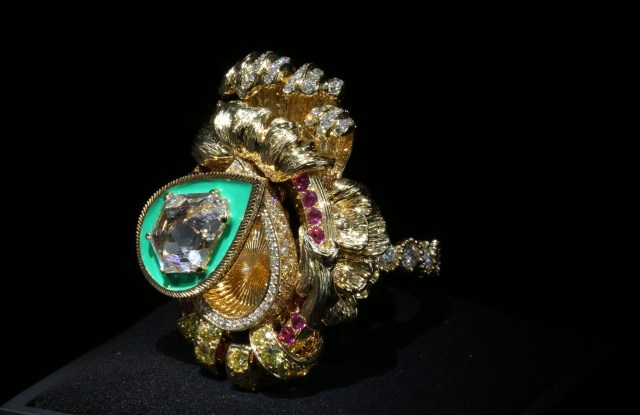 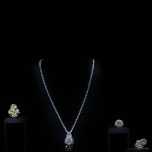 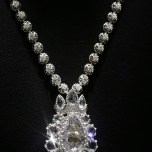 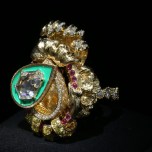 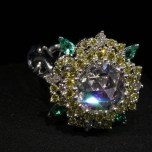 The house of Dior is having a very busy moment in the U.S. Earlier this week, Maria Grazia Chiuri was in New York to speak at the CFDA/Vogue Fashion Fund dinner. Next week the brand hosts the two-day Guggenheim International Gala and pre-party in New York, and in between Dior opened its women’s boutique in Chicago on Nov. 10, the same day Victoire de Castellane was in New York for a rare U.S. preview of her haute joaillerie collection that is typically presented in Paris. (It will still be presented in the French capital in January.)

The collection is the third and final installment in her Versailles-inspired triptych, this edition called Dior à Versailles, Pièces Secrètes. She followed the Versailles by Night and Versailles Gardens collections with an enchanting and tad macabre imagining of mysteries that occur behind the palace’s closed doors.

“I wanted to speak about the idea of all the rooms which are secret between the king and the queen,” de Castellane said. “And I wanted to play with ghosts and skulls, and the idea that something is there — you don’t know what, but you can feel it.”

The range’s aesthetic reflected Versailles’ lavish baroque style, with every surface of each piece — front, back, inside — worked with incredible detail. Most were designed with playful mechanical moving parts and hidden features, such as a yellow-and-white diamond ring that swings open to reveal a miniature ruby inside, and an intense diamond chandelier necklace set with an upside down pear-cut rubellite that snaps open to show a skull encrusted with different shades of miniature diamonds to give it the have-to-look twice effect of an apparition. A gold-and-opal ring had a hidden drawer. Other pieces featured an antique mirror that reflected a skull, engraved clovers, crosses and doves. There were memento mori details, such as a set of royal crown earrings — one for the king, one for the queen — with gold details meant to mimic locks of hair inspired by mourning jewelry, and romance too, including rings and necklaces set with heart-shaped stones.

Versailles proved a deep well of inspiration for de Castellane, but she said it ends with Pièces Secrètes. “I don’t want to bore myself,” she said. “When I have something to say, I say it with jewelry, but when it’s finished, it’s finished.”