SHANGHAI — Melding an urban sensibility with historical elegance, Edo and Eyen Chorm are the sister-duo reviving intricate Cambodian designs with their jewelry start-up.

The Brooklyn-raised pair, whose parents immigrated to the U.S. from Cambodia in the late Eighties, said they found a deep well of inspiration to create the brand from their own heritage — drawing on the architectural flourishes of Angkor temple ruins, the opulent regalia of the Royal Cambodian ballet, and even taking notes from Sixties and Seventies Khmer movies.

As beautiful as traditional Khmer-style jewelry is, the Chorms explained, the pieces often are heavy and not practical to wear outside of stage performances. The two created EdoEyen — a portmanteau of their names — so they could wear something that celebrated their cultural background but could be more easily incorporated into contemporary lives.

“We wanted to make a hybrid,” said Eyen Chorm. “We want to keep that aesthetic but with a little bit of modern style and simpler.”

Older sibling Edo is an advertising and marketing graduate of FIT, while younger sister Eyen worked as a full-time model before launching the brand in June online.

For example, “the ear cuff — a traditional one — would have to use a bobby pin to hold it,” Eyen said, adding that their version is 30 percent lighter than a stage piece worn by traditional dancers. “We made it so it’s easy to put it on and keep it secure without extra pins. The flowers that are incorporated, it’s a new modernized thing we created.” 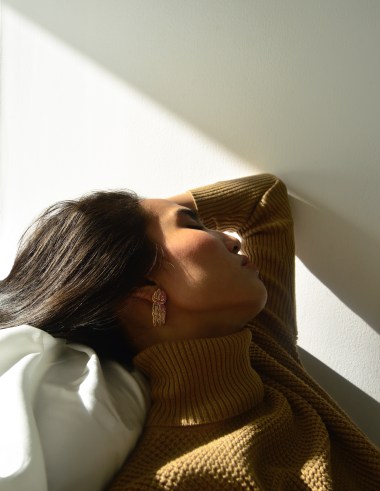 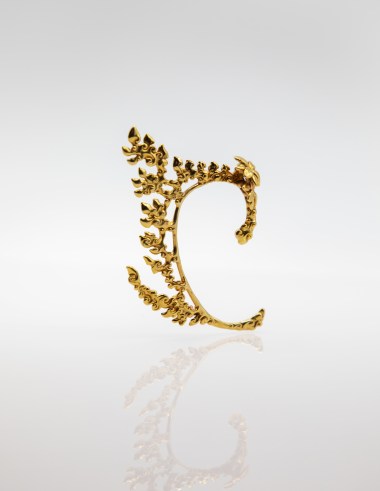 The ear cuff is their most recognizable piece, mimicking the designs found on the 10th-century temple, Banteay Srei. Other pieces recall ancient mythic apsaras — or female spirits — like Sovann Macha, a golden mermaid, and Neang Neak, the serpent princess.

Another highlight from the brand is its tiara, which references the shape of the serpent, naga.

“This one shows the naga tail,” said Edo. “In the West, the serpent is typically seen as something negative but in Cambodian culture, it’s divine. It’s a sacred creature.”

The two hope that their brand can help keep an interest in Khmer culture alive, although their technique is improvised and self-taught. Techniques from the Khmer Empire, which reached its height during the 11th to 13th centuries, are hard to learn about, said Edo.

“There’s not a lot of information available for the pre-colonial times,” she said. “Most of what currently we have access to is all after the late 1800s to 1900s when Cambodia was a French protectorate.”

Prices for the brand’s designs start at a couple hundred dollars but go up to $5,000 for a piece, depending on the metal. Each has the option of silver, yellow gold, and rose gold and is made with either recycled or ethical metals in New York. 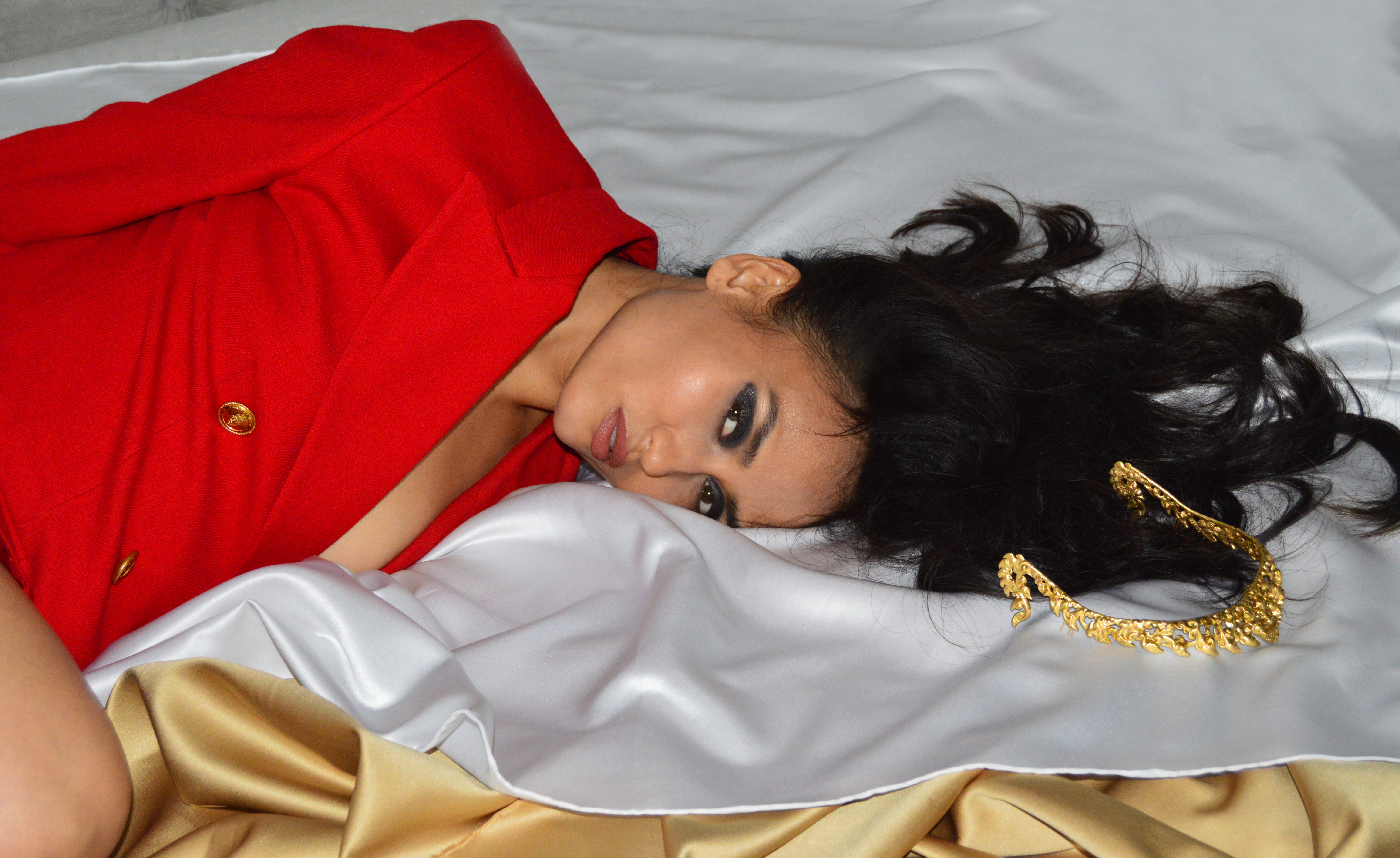