The label will treat guests to a dinner by Alain Passard in Vladislav Hall.

PARIS — Francesca Amfitheatrof’s first high jewelry collection for Louis Vuitton is ready, and the house is going all out for the occasion, taking the pieces to Prague for a gala dinner in Vladislav Hall, a soaring monument of Gothic architecture.

Guests of the world’s biggest luxury label —150 people, mostly clients — will be served a meal by French chef Alain Passard under the ribbed vaulting of the Prague Castle hall, which dates back to the 15th century.

It’s only a slight exaggeration to say the event has been a decade in the making.

“Over 10 years ago, I attempted to do an event with Karl [Lagerfeld]” in Prague, explained Louis Vuitton chief executive officer Michael Burke. The pair shared a love of the city’s Gothic richness.

“It’s not a common fishing ground for most designers, we both loved it,” said Burke, who, like Lagerfeld, grew up in Germany.

“We had this in common — Gothic period is not very well understood by everyone, it has a more modern connotation that is not in keeping with its origins….It can maybe be compared with Surrealism today — it was soaring and free and imaginative and creative, coming off the Romanesque period that was very disciplined and strict and somber. Gothic was about light and height and sparkle and creativity and freedom,” he said. 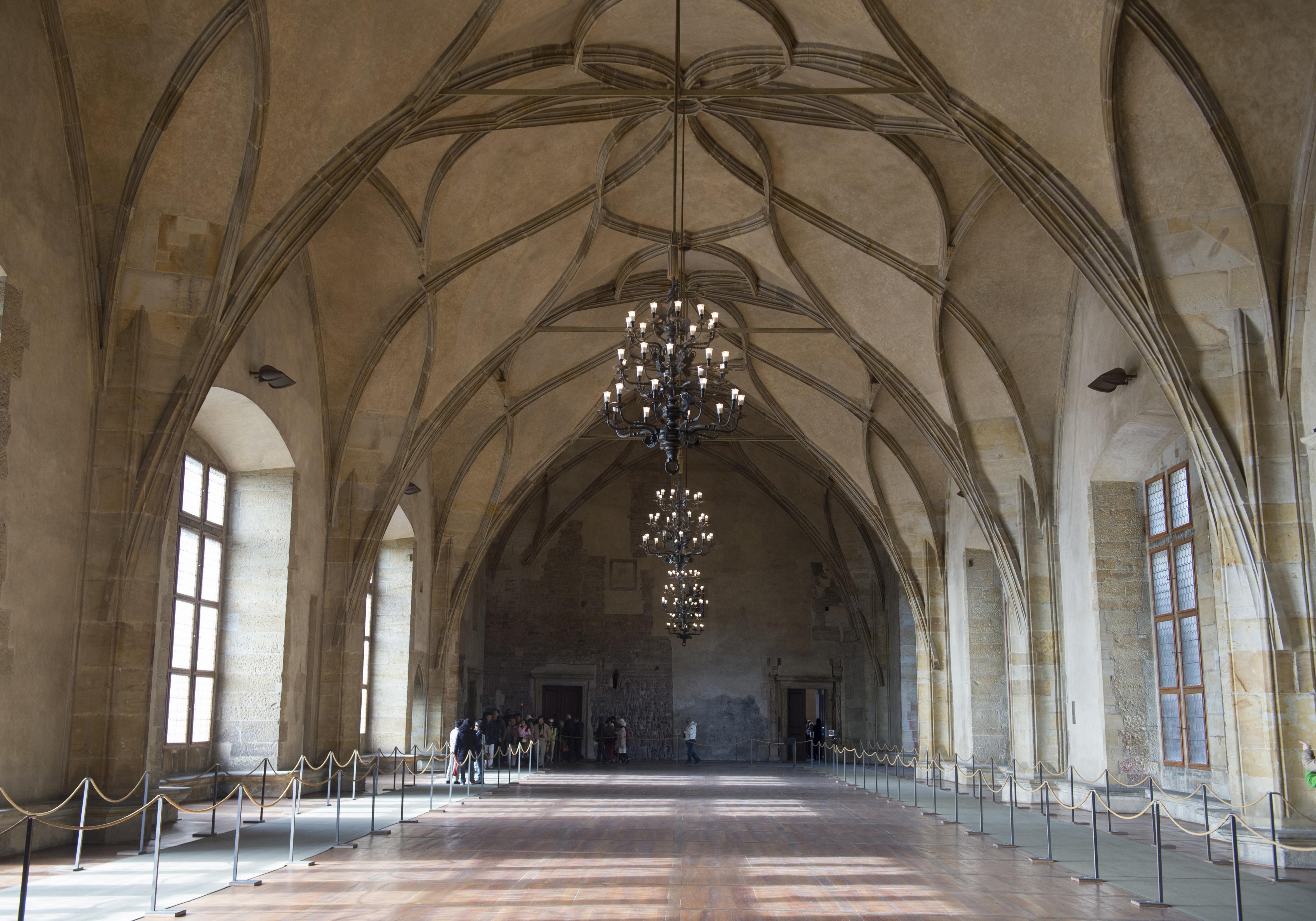 “Very often, like in Italy, it meant freedom from oppressors; it’s not very well known, so it’s not a period that has been mined to death by the industry — Francesca was tremendously inspired by that period,” he added, circling back to the label’s jewelry designer.

The executive, who was heading Fendi at the time, attempted to set up a fashion show with Lagerfeld on a bridge in the center of the city, but just as things were falling into place, he was swept off on a mission at Bulgari.

“It had taken me six or seven years for the planets to align…by the time I was able to set it up, I was gone. I went to Bulgari and then to Vuitton.

“So this is actually a homecoming for me, to finally pull off a world-class event in Prague,” Burke said.

The historic city is also well connected to Asian ones — an added advantage when it comes to hosting Chinese travelers eager to take their explorations off the well-trod tourist trails of some of the bigger European capitals.

Luxury labels are under pressure to find new and imaginative ways to capture the attention of their consumers; one of the effects of the rise of digital commerce has been a glut of choice, even at the most prestigious levels.

“And it requires a host like Louis Vuitton to take them to places that no amount of money can buy,” Burke remarked.

In an age where experience has become key for building up client loyalty, the location is choice, he suggested.

Circling back to jewelry, he drew a link between architecture and the art of setting fine stones.

“Vladislav Hall, I think, there’s not a better metaphor for jewelry, when you look at the architectural innovations that were required, to build that span. When it was built, it was the largest secular span in all of Europe, only certain churches have made a bigger span,” Burke said.

“When you find a unique stone, you need to elevate it, and you need to have a setting that doesn’t fight with the stone, that makes the stone a star yet there has to be a lot of lightness in the setting, the very light structure that allows for a soaring ceiling so it’s very much in keeping with Francesca’s collection.”

Reflecting on design and how it is interpreted by different generations, the executive turned to the work of the label’s design trio, Nicolas Ghesquière for women’s clothing, Virgil Abloh for men’s and Amfitheatrof for jewelry. 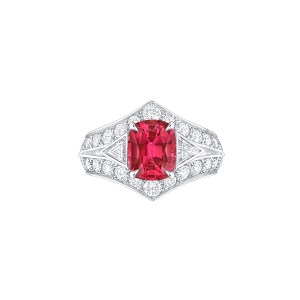 A ring from the first high jewelry collection designed by Francesca Amfitheatrof for Louis Vuitton.  Courtesy

“Typically, design periods have taken on a different meaning through the passage of time. What Virgil and Nicolas and Francesca do so well is that they will actually take that design period and make you look at it the way five centuries ago it was looked at,” he asserted.

“You cannot look at the Gothic with 21st-century eyes, you have to do a translation, go back in time and say, ‘what did Gothic represent 500 years ago?’”

It has to be compared with what came before, in the same way that designers reinterpret the past rather than mimic it, in order to capture the sensation felt at the time — be it the 1980s, the 1880s or the 1480s, in his view.

Returning to the 21st century, for a megabrand like Louis Vuitton, a tight grip on client relations is key.

“Probably the most important asset that Louis Vuitton has, even more important than the monogram, is the relationship with its clients,” Burke said. Today, this means no discounts and no outlet stores. Louis Vuitton, the founder of the historical house, he pointed out, was close to his customers, he had to be in order to draw up suitable trunks for their train and boat travels. 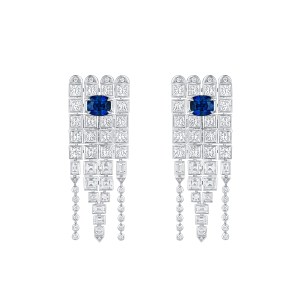 Transparency and trust are also essential to the business of high jewelry, in order to build up loyalty. “It’s about repeat customers, it’s about developing a generational relationship with the clients,” according to Burke.

Amfitheatrof’s first high jewelry collection is called Riders of the Knights, in reference to medieval heroines who made their mark in a male-dominated world.

“It’s about strong women. There are a number of mythical women from the Middle Ages, especially in France. Very, very strong women that are not afraid to make a design statement,” Burke said.

The label’s jewelry activity, in contrast to many of the historic houses, has a high proportion of women clients.

“The fact is that the majority of our high jewelry clients are women,” he said.