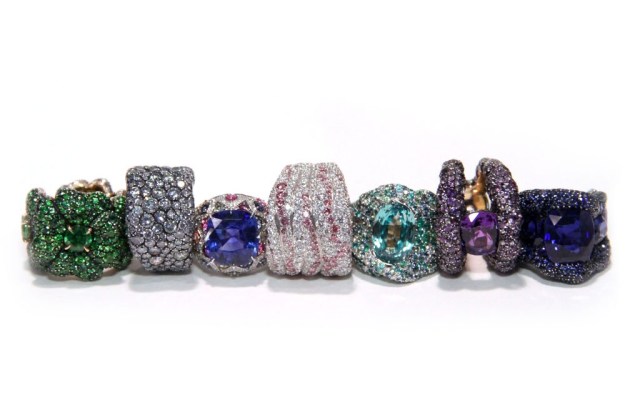 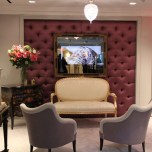 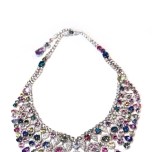 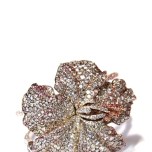 Located between East 62nd and 63rd Streets on Manhattan’s Upper East Side, the 850-square-foot boutique houses the brand’s fine and high jewelry lines, timepieces, cuff links and silver lines. Prices retail from $8,000 for small egg pendants to $19,500 for precious cocktail rings and earrings from the Les Précieuses collection, which is exclusive to New York, to several million for one-of-a-kind high jewelry pieces such as the Romanov collar — comprised of 186.85 carats of emeralds and 98 carats of diamonds that took 14 months to create.

Since the brand relaunched in September 2009 after reuniting with the Fabergé family in late 2007 for the first time since 1951, the company has been successful in expanding beyond the realm of precious egg objects. High jewelry eggs remain a core theme, though, according to creative and managing director Katharina Flohr. For example, the Les Favorites de Fabergé collection contains about 60 small egg pendants, and she said the company is looking to make egg objects as well.

“We wanted to position it as a high jeweler at the top of the tree and make it once again known for exclusive craftsmanship and design. We relaunched with a whole new view of bringing Fabergé closer to its original concept,” Flohr told WWD, fastening the star of the Mario Testino-shot spring ad campaign — the Le Collier Délices D’Été — around her neck. The necklace, set in 18 karat white gold, features 1,139 multicolored sapphires, opals and diamonds that total more than 190 carats.

The boutique’s concept is linked to the London store — with pale gray curtains and carpets, a back wall fashioned from purple silk tufted fabric, crystal chandeliers and a pair of lavender vintage chairs she acquired at an antiques show in London. Mounted on the back wall is a 17th century Spanish picture frame with a combination mirror-movie screen that showcases a branded video (from jewelry the house has made, to coverage from events and interviews). Flohr added that the “matching brother” to the frame sits in the London shop.

The New York store is the brand’s third overall — the Geneva flagship and London stores opened in 2009 and 2011, respectively. Fabergé also maintains a wholesale business through partnerships with Harrods and Lane Crawford, and is looking to add additional points of sale both in the U.S. and the Middle East through direct sales and select wholesale.

Flohr came on board in 2008 and works closely with cousins Tatiana and Sarah Fabergé, great granddaughters of Peter Carl Fabergé. “It’s wonderful to work together to understand what makes Fabergé relevant today, and to combine elements from the past and bring them forward to today’s discerning customers.”