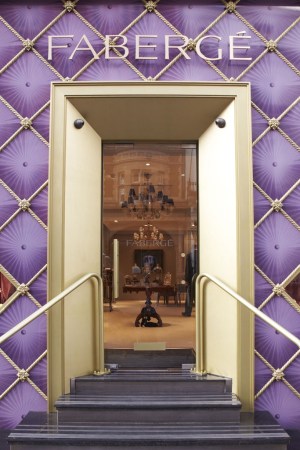 LONDON — Fabergé, the London-based high-end jeweler with roots in 19th-century Russia, is raising its profile with a U.K.-based charity project set for spring and retail openings on both sides of the Atlantic.

Founded by Gustav Fabergé in 1842, and historically known for its intricate jeweled eggs, Fabergé said today it would sponsor the Fabergé Big Egg Hunt in London, which starts in February.

“The egg is symbolic to so many nations and cultures, given its associations with life and rebirth,” said Sarah Fabergé, a special projects director at the company. The event aims to raise up to 2 million pounds, or $3.1 million, for the charities Action for Children, and Elephant Family.

The hunt will take place across central London and will feature 200 fiberglass eggs approximately 75 centimeters, or 2.5 feet, tall. Members of the public have 40 days, starting on Feb. 21, to hunt for them and then register their finds online.

The eggs — which cannot be removed from where they have been placed — will be designed by artists, architects, and jewelers including Fabergé, the Chapman brothers, Vivienne Westwood, Giles Deacon, Zandra Rhodes, Diane von Furstenberg, and Sophie Dahl. They will be auctioned later in the year, with the proceeds going to the two charities.

Fabergé has also announced the opening of a standalone store in London. It is the brand’s first unit to open here since 1906 and is located at 14A Grafton Street in Mayfair. The store spans 750 square feet. Fabergé is also selling its jewelry and watch collections at Harrods.

The brand — which is owned by Pallinghurst Resources, a publicly listed company with investments in natural resources, including colored gemstone mines and platinum metals — also has plans to open a shop in New York.

The New York unit is to open in the spring at 694 Madison Avenue and will span 850 square feet. In the interim, the company will host by-appointment previews from Nov. 28 through Dec. 30.