LONDON — Fenton & Co., the direct-to-consumer, online fine jewelry brand, is on a mission to change how people shop for life’s major milestones.

The company was founded by Laura Lambert, who cut her teeth at Value Retail, and is looking to offer a personalized service across a wide range of price points; educate customers about colored gemstones and raise the bar with regard to ethical sourcing.

Her pitch received an immediate response, with sales reaching 400,000 pounds in the first nine months of trading. The company has also just closed its second investment round, bringing total funding to more than 1.7 million pounds.

Investors include Zoopla founder Alex Chesterman; Camilla Dolan, who has also invested in the likes of Bloom & Wild and Heist; as well as Elizabeth Spaulding, president of Stitch Fix and previously global head and founder of Bain & Company’s digital practice.

“We’ve taken venture capital investment and have done an extension now, but we’re still very focused on the idea of profitability. I don’t want to build one of those businesses that will forever be in a black hole — we’re trying to marry the fast-growth approach with some more traditional business wisdom,” said Lambert, who began her career at Value Retail’s Bicester Village, where her father is deputy chairman.

“I come from a business that’s about efficiency and giving people the right price for the goods,” she added, pointing to her decision to go direct-to-consumer.

“Before you get a gemstone, it goes through at least 10 pairs of hands and doubles in price at every point. You don’t get anything as the end customer. So what excited me was the opportunity to strip the middle man out and offer people the same product. That’s what direct-to-consumer means to me, it’s not just about selling something on the Internet, that’s too easy. It’s about getting a product out of that legacy supply chain, and telling people: ‘You can have an emerald, or a ruby or a sapphire for your budget, and it can be bigger and more beautiful and just the way you imagined.” 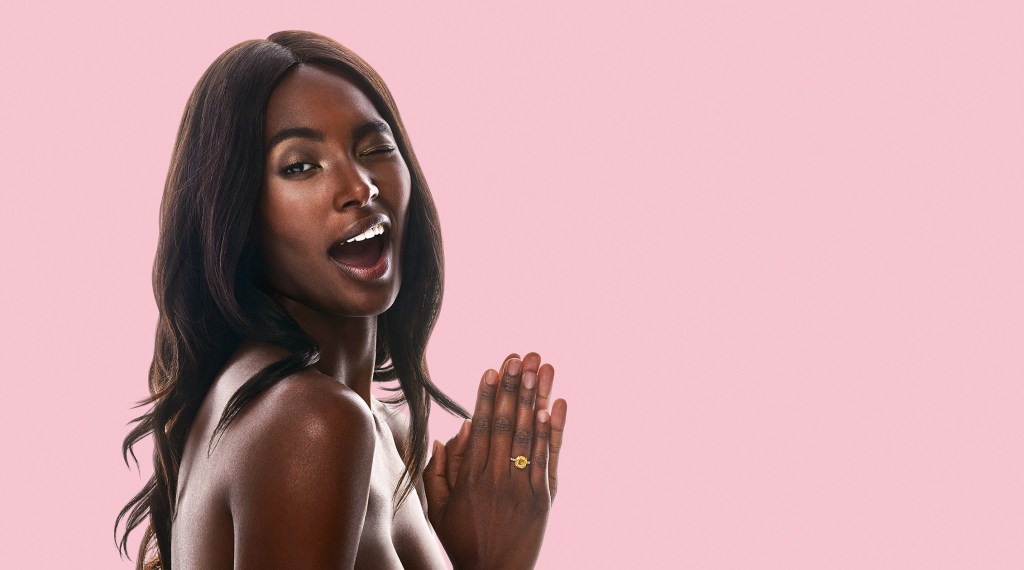 Stripping the middle man out also allows Fenton to work directly with the mines and establish a new level of accountability when it comes to ethical sourcing.

Lambert has visited most of the mines with which the company works, and said her aim is to work with a shortlist of countries and mines that are best-in-class and pushing for the industry to move forward.

This includes Gemfields mines, which have been putting a lot of focus on injecting money back into local communities where they excavate, and artisanal sapphire mines in Sri Lanka.

“We vet every single factory used, and look at factors beyond safety or child labor. We also look at whether men and women are paid the same. Do women get promoted? How do you get promoted here?” Lambert said.

She argued that no one really knows much about the colored gemstones industry. “It’s very cloudy, it’s very lacking in transparency. A jeweler might tell you very proudly that a ruby is Burmese, when in fact there’s genocide in Burma at this very moment. Historically, there’s been an embargo on Burmese rubies because ruby mining was used to fund military activity which perpetuated these kinds of atrocities. That’s why education is a huge part of our jobs, because there’s been a lack of spotlight” on these issues, she said.

Lambert is also very focused on changing the customer experience to provide a more personalized — and friendly service. This involves customization services; one-on-one conversations with customers via WhatsApp, the company’s biggest communications channel; and putting the customer at the heart of the service by replacing the logo on jewelry boxes with the customers’ initials.

“It’s not our moment, it’s about you. I do think that there’s been a lack of respect in the industry when it comes to the way they treated their customer, and the whole notion of the diamond. This idea that if you’re getting engaged it has to be a diamond, it has to [cost] three months pay — these are all very modern inventions. I much prefer the idea of what really matters to you and your emotional state,” added Lambert, who has so far seen great response from people shopping for engagement rings, as well as other milestones, such as anniversaries, promotions or births.

“It’s more like buying a house or a car or a sofa — anything that feels like an investment. That’s the level of care and love that people put into choosing something with us.”

That’s why the brand has only been focusing on the ring category for the moment and favored timeless designs that can go on to become “modern” heirlooms. “We’re not just a jewelry brand that you love in your Twenties, but can’t stand in your Thirties. We should be a brand you can take with you.”