Under the direction of CEO Charles Leung, the label seeks to broaden its appeal with younger consumers.

PARIS — Eyeing a masculine clientele, Fred is marking the 55th anniversary of its Force 10 designs, which feature a sailing cable, with a new, masculine line called Force 10 Winch, revisiting the cable and mix of gold and steel.

Under the direction of chief executive officer Charles Leung, the jewelry house, which is owned by LVMH Moët Hennessy Louis Vuitton, has been pushing into China, opening a store in the Wangfu Central mall and naming actress Guan Xiaotong as ambassador.

Last year’s thrust was feminine, with the launch of the Pretty Woman collection, featuring heart-shaped stones and diamonds. The campaign for that line was fronted by Emma Roberts, the niece of Julia Roberts, who wore the original necklace in the classic film “Pretty Woman” three decades ago.

Slated to be launched this fall, the Force 10 Winch, which is being shown to press in Paris this week, will be highlighted — marking a continuation from a streetwear-focused collaboration with Clot in 2020.

The label sees potential with a base of younger consumers compared to more traditional jewelry labels. 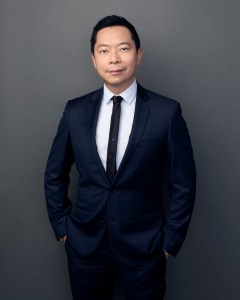 “We can go to cities where there are large, huge young populations — some brands will need more sophistication, you need to know French history before you go to the store before you understand anything about the story,” the CEO said.

“The tone of the brand is always in the now,” said Leung, noting that the heart shape never goes out of style.

“It’s not about status, trying to be someone you are not, but just to be happy about the little things in life,” he added.

“People are buying jewelry for self-use…they want some meaning inside, it’s not only a piece of gold that looks cool for one season or two. No, it’s something very personal, it’s like your personal mascot or something that protects you or reminds you who you are,” said the executive.

Illustrating the label’s unconventional approach, earrings are sold separately, not in pairs.

“We are giving freedom for young ladies to mix and match,” he said, noting people wear earrings differently nowadays.

Fred has turned its focus in recent years to drumming up interest for the label in China, Japan and South Korea, opening up new points of sale in the region.

Brand ambassador Guan has given the label a boost in China, noted the executive.

“She made Fred known for the first time in China because suddenly she and a rumored boyfriend posted the same Force 10 bracelet on Weibo,” said Leung.

“This is a subtle way to tell people they are together,” he added.