Sean Gilbertson talks about how Gemfields is working with governments in Zambia and Mozambique, what the company learned from human rights allegations and how to counteract the unsustainable nature of mining.

LONDON — Mining and sustainability are by definition contradictory concepts, Gemfields chief executive officer Sean Gilbertson is quick to admit, and the colored gemstone supplier is looking to reconcile the two as best it can.

In addition to sustainability, the colored gemstone market in particular has historically faced a number of overarching issues, including a lack of common standards when it comes to pricing and poor working conditions in mines. Gilbertson said his aim is to ensure that the company leaves an overall positive impact on the communities where its mines are located.

Here, Gilbertson talks about how Gemfields, which faced a court trial over alleged human rights abuses in Mozambique last April, is working to become a benchmark-setter in the business by improving working conditions in its mines and being transparent with local governments, so that a sufficient portion of its revenues go back to the local communities.

WWD: What are some of the issues in the market when it comes to the valuation of colored gemstones?

Sean Gilbertson: It’s certainly true that valuation of colored gems is much more subjective than the valuation of diamonds. In the diamond sector, obviously one has the four Cs (cut, carat weight, color and clarity) and one has access to things like the Rapaport price list, which is published by Martin Rapaport on a weekly basis. It does allow people to get a pretty quick grip on the approximate pricing for a diamond. There is no such reference standard in the colored gemstone market and many of the gemological laboratories that issue certificates for colored gemstones don’t have common standards.

When you look at the emeralds that are produced in our mining operation in Zambia from the bottom range to the top of the range, the price per carat doesn’t change only 10 or 15 times, it changes by a whopping two million times. In other words, an emerald is not an emerald is not an emerald. They come in millions of different shades, hues and qualities and relatively subtle changes in those can have a very big impact on the pricing.

WWD: How does Gemfields tackle the issue to ensure it offers fair pricing?

S.G.: Gemfields specializes in rough, uncut emeralds and rubies and 100 percent of our production. Whatever comes out of the ground goes to professionally organized auctions that we host and run in conjunction with the host governments from Zambia and Mozambique. There, our customers are able to bid for the various gemstones that we take to those auctions, and that means that our customers set the prices that they are willing to pay. We do not set the prices, we only protect ourselves by having a reserve price below which we do not have to sell.

WWD: How do you work with local governments to ensure that part of the proceeds from sales go back to the mining communities?

S.G.: In order to keep the system transparent, we invite the key government departments, notably the ministries of mining and finance in Zambia and Mozambique, to inspect all of the goods before we go to auction and to sit with us at the auctions in Singapore when we open the bids, in order to monitor proceedings.

Once the goods are sold at auction, it is the local mining company in Zambia or Mozambique, respectively, that issues the invoices for the gemstones directly to the customer at the full value realized at the auction. This means that 100 percent of the auction proceeds flow back directly to either Mozambique or Zambia and there is no transfer pricing whereby we send the money first to Switzerland or Liechtenstein or the Cayman Islands or any other funny tax haven where we then bank overseas profits.

This means the government has total oversight of everything that we’re doing, which has helped bring about previously unseen and unheard-of transparency in our industry and a great amount of dollars reentering those countries. In the past, most of the gemstones left those countries at a fraction of their true value. We have had revenues of $630 million in the last 10 years, of which we’ve paid $112 million in cold hard cash to the government in the form of taxes and dividends, as they’re also 25 percent shareholders. That’s 18 percent of our revenues gone. Never before in the history of this industry has such a big proportion been conceivable. 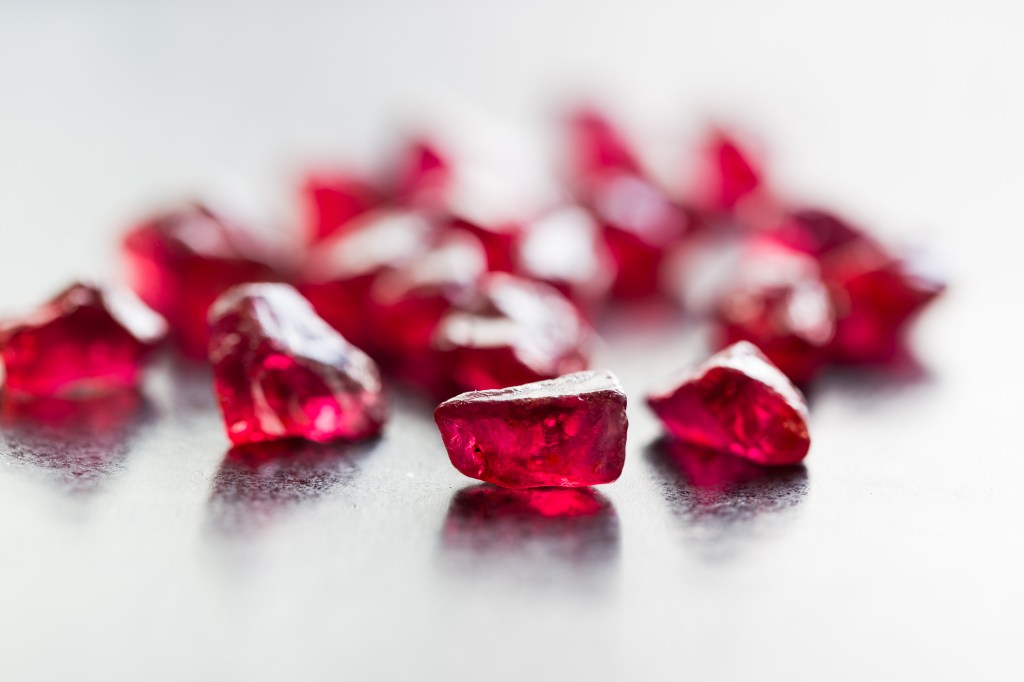 WWD: Working conditions in mining facilities have long been scrutinized. How are you working toward ensuring you are providing safe working environments for the staff in your Mozambique and Zambia mines?

S.G.: Gemfields has had the good fortune of being a benchmark-setter in the colored gemstone business. Each of our mining operations has dedicated h.r. teams and on-site clinics that look after the healthcare and well-being of those employees. Our record-keeping of the issues that affect the various employees is so much better today than it was 10 years ago. At the Montepuez ruby mine in Mozambique we created 1,400 jobs since we started in 2012, while in Zambia we are now just a little bit north of having created 1,000 jobs, with all employees formally employed under proper contract and fully pensionable.

WWD: What are some other sustainability initiatives you are spearheading as a company to ensure you engage with, and give back to, local communities?

S.G.: Sustainability and mining are very complex issues in the sense that, by definition, mining is not sustainable. We are working with finite resources and as we mine the resources get depleted. We might find new ones, we might find new technologies that allow particular gemstone deposits to last longer, but eventually it is going to run out. Sometimes, I get a little bit frustrated or irritated when I hear mining company ceo’s talking about the fact that their mining companies are sustainable. I can’t understand the concept. The two words side by side are an oxymoron and the sooner the people get transparent about that, the better it’s going to be for everybody.

Our ambition is to try and make sure that during the course of the mining project, we run things in a way that leaves a positive impact after the mining is completed. That obviously means that we have to make sure that we’re working in the fields of agriculture, education, health care and conservation.

WWD: Last year, the U.K. legal firm Leigh Day filed a case against Gemfields over alleged human rights abuses in Mozambique. How did you resolve the case, and what did you learn from it?

S.G.: It’s important to point out that there were actually no court hearings and no court verdict. We at Gemfields voluntarily decided to enter into a settlement with Leigh Day without any admission of liability. In the U.K., in cases that relate to human rights abuses, where the claimants are of no financial means, it is not possible for the company to get any of its legal costs back even if it wins the case. Taking into account the complex parameters, we chose as a business to settle, and went on to test our systems and make further improvements. For example, the reporting timeline for incidents has been dramatically reduced.