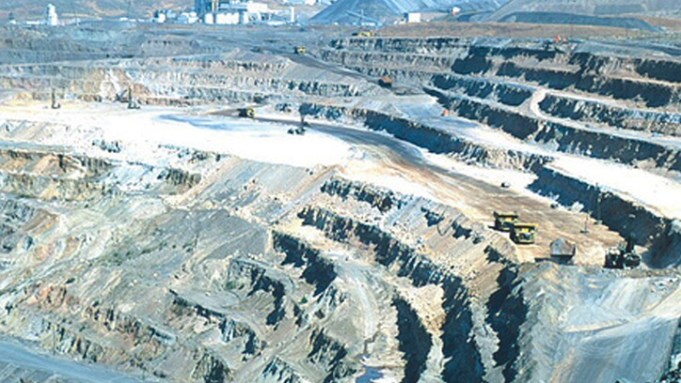 There might be gold in them thar hills, but these days it increasingly matters to consumers how and where it gets extracted.

As shoppers grow more curious and knowledgeable about the products they purchase, companies that sell everything from fashion to food have been forced to focus more on social responsibility in the products they manufacture. And the fine jewelry category is no exception. From top-tier brands such as Tiffany and Cartier to mass merchants like Wal-Mart and Sears, jewelry makers and retailers have begun using only those metals and gemstones that are acquired in ethically responsible ways.

There has been significant media attention to the way jewelry materials are unearthed over the last few years. The pressure on the industry really began to build with the 2006 release of the film “Blood Diamond,” which told a fictional tale centered on conflict diamonds — stones that are mined and traded to finance illegal activities and war in Africa. At the time, industry leaders such as the Diamond Information Center, the marketing arm of De Beers, forcefully informed journalists and the public that the fictional film was set in the mid-Nineties and that since then, the Kimberley Process — an international cooperative monitoring system and certification plan intended to eliminate the flow of conflict diamonds — has been enforced.

Now the gold mining community may be next to attract the media spotlight, beginning with a “60 Minutes” segment that aired in November on the struggle in the Democratic Republic of Congo. The broadcast told viewers that five million people have died in the region as a result of a war fueled primarily by gold mined in the country by warlords and smuggled out to be sold in the open market. The program declared gold mining was “funding the deadliest war since World War II.”

Beyond the political controversies, gold mining faces environmental ones as it is a notoriously messy business with the emission of toxic fumes, mercury and cyanide into the earth and waters surrounding a mine site, affecting not only marine life but also the clean water supply.

Jewelry firms and retailers are equipped for a possible media maelstrom, as they have teamed up with nonprofit organizations to go green and ensure political correctness. Roughly 80 percent of the world’s gold is used in jewelry and the largest gold-consuming countries and regions are China, India, the Middle East and the U.S.

“Producing a single gold wedding band leaves behind 20 tons of waste at a mine site,” said Payal Sampat, director of the No Dirty Gold campaign, which was founded in 2004 by Earthworks, a nongovernmental organization based in Washington. “We’re trying to improve practices at mine sites and change the way mining is done, so it has reduced environmental and human rights impacts. We’re definitely improving [mining, in terms of social responsibility]. We’re not almost there…we’re a long way from there.”

No Dirty Gold has reached out to jewelry brands and retailers across the globe to sign on to its Golden Rules. So far, Tiffany & Co., Cartier, Wal-Mart Stores Inc., J.C. Penney Co. and Sears are among the prominent names that have signed on to the rules, which call on mining companies to meet basic standards in their operations, such as respecting human rights in international conventions and law; obtaining the free, prior and informed consent of affected communities surrounding a mine; ensuring that operations are not located in areas of armed or militarized conflict, and refraining from dumping mine waste into oceans, rivers, lakes or streams.

The pressure for more social responsibility in the industry comes against a background of declining consumer demand, yet skyrocketing prices, for gold, traditionally seen as a safe investment haven in times of stock market turmoil. Over the past decade, gold prices have soared from $288.50 an oz. on Jan. 3, 2000, to $1,097 on Dec. 31.

Gold is mined the world over, including in the western U.S, in Utah and Nevada, as well as Peru, Ghana, South Africa, Indonesia, Australia and Russia. There are requirements for mines in the U.S. to follow fixed environmental rules, but the No Dirty Gold campaign is seeking a third-party certification system akin to what the Kimberley Process has done in diamond mining.

“Sustainability in the gold mining industry means producing gold in a way that balances the economic benefits with social and environmental needs,” said Matthew Graydon, director of corporate communications at the World Gold Council. “We believe the majority of gold mined by gold producers, members of the World Gold Council, is responsibly produced. There are elements of the industry which need to be improved and the WGC and its members are working to address these issues.”

Starting nearly a decade ago, Tiffany has taken a proactive stance on sustainability. The jewelry firm offers its shoppers an illustrated leaflet informing them how the company acquires its gold, silver and gemstones in an ethical manner, and also how it collaborates with Earthworks, Oxfam and No Dirty Gold and supports the Initiative for Responsible Mining Assurance, a group that includes participants from mining, NGOs and the retail communities in an effort to clearly define the best mining practices.

The majority of gold and silver used by Tiffany originates from a single mine in Utah that meets the aforementioned ethical standards.

Michael Kowalski, chairman and chief executive officer of Tiffany, said he has gathered anecdotal information that consumers are becoming more curious as to the provenance of the materials used in the brand’s jewelry.

“We believe that our customers expect us to source precious metals and gemstones crafted into Tiffany jewelry in a responsible way,” he said. “That’s the unspoken Tiffany promise.…[Consumers] have become more interested in everything they consume, whether it’s food or baby toys. The growing awareness of global and environmental issues is a major contributing factor.”

Wal-Mart, too, has taken the sourcing of gold seriously.

“It is a long-standing practice to work to ensure responsible sourcing,” said Melissa Hill, senior manager of public relations and brand reputation for Wal-Mart. “We recognize that artisanal [mined by hand] gold produced in the eastern part of the Democratic Republic of the Congo is, unfortunately, a source of funding for the conflict there and is often produced in ways that abuse human rights. Because responsible sourcing is extremely important to us and our customers, we refuse to knowingly use such gold in the jewelry we sell. We have been assured by all of our gold jewelry suppliers that, to their knowledge, none of the gold they supply to Wal-Mart originates from artisanal gold mining in the eastern Democratic Republic of the Congo.”

The company also launched the Love, Earth jewelry brand, a jewelry sustainability group with a vision to provide Wal-Mart and Sam’s Club customers jewelry that has less of an impact on communities and the environment. Love, Earth aims to reduce waste, increase the amount of recyclable materials in packaging and optimize logistics in the transport of goods to stores.

The Love, Earth collection will grow from gold and silver jewelry to include diamonds in the future. Consumers can trace where the gold or silver comes from through loveearthinfo.com.

Nor is it only large brands and retailers that are focused on the issue. Several smaller jewelers — including Toby Pomeroy, Melissa Joy Manning, Sarah Graham and recent CFDA/Vogue Fashion Fund runner-up Monique Péan — are keen on using reclaimed gold from gold refineries, as opposed to gold that has been newly unearthed.

Pomeroy, the Corvallis, Ore.-based jewelry designer who sells his wares at high-end stores such as Neiman Marcus, works with metal refineries in order to use reclaimed metals.

“It’s our intention to have sources that we could tell our customers that this [piece of jewelry] has no immediate environmental, social or political impact,” said Pomeroy, who has been in the jewelry industry for three decades and started his firm in 1994. “In this iteration, we’re not adding to the detriment of the planet and our people. We want to send a message of sustainability.”

Melissa Joy Manning, who sells to Barneys New York and other high-end specialty stores, believes the trend toward using reclaimed metals has only just begun.

“The retailers and consumers are really excited to have options in terms of sustainability in fine jewelry,” said Manning, whose firm recently went through a thorough evaluation process to become one of the now roughly 200 businesses certified by B Lab, meeting their social and environmental standards in addition to making a commitment to operating in a manner that promotes socially responsible sourcing and manufacturing and minimizes environmental impact.

For Péan, sustainability is directly linked to design. The designer has partnered with Charity: Water, the nonprofit organization, to create the Charity: Water Collection by Monique Péan made with recycled gold and conflict-free diamonds. Sales of pieces from the collection provide clean drinking water to 10 people for as long as 20 years and the designs are inspired by all types of water by use of yellow, brown, blue or clear gems.

“Many [consumers] don’t care that much; many of them do,” said Péan. “It’s an ever-growing number of people that do care and can see the connections. Our job is both education and inspiration. To inform and inspire is the best we can do.”

Matt Runci, ceo of Jewelers of America, a national trade association focused on the creation of a healthy jewelry retail marketplace, estimated 30 percent of gold coming from jewelry is recycled or reclaimed.

“Recycled gold is one way for companies to say to consumers that at least recently this gold has not left an undesirable market,” said Runci, although he said that it’s a quick fix, not a long-term solution. “Recycled gold is a good stopgap and it’s a partial measure. There needs to be standards of credibility put in place.”