The Orange County jewelry brand will debut its first brick-and-mortar store this month. 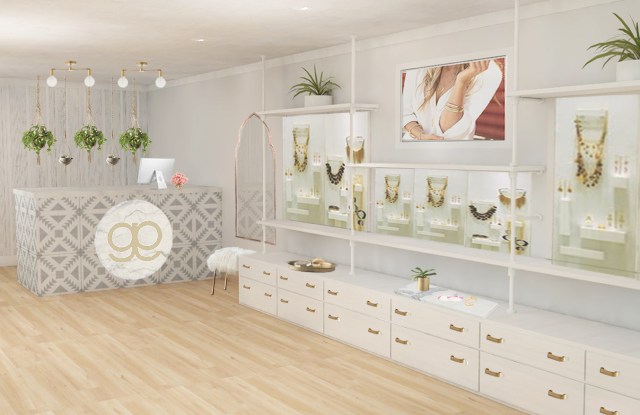 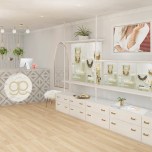 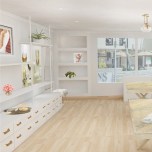 Gorjana is getting into retail.

The 12-year-old Laguna Beach, Calif.-based jewelry company is capping the finishing touches on its first brick-and-mortar store in its hometown, which is set for a public grand opening Sept. 23.

The store is as delicate and airy as the company’s jewelry, which is meant to be stacked and layered. Elements of the 1,000-square-foot store include white walls, bleached wood, marble countertops and brass fixtures.

“We feel like the aesthetic of the store really captures that Laguna lifestyle and we are going to have one-of-a-kind, exclusive pieces,” said Gorjana Reidel, who cofounded the business in 2004 with husband Jason Griffin Reidel.

The store will feature an exclusive collection called 190 Beach, named after its location on Beach Street in downtown Laguna. That collection will be comprised of items made from gemstones Reidel sourced from various trade shows and fairs, which brings the company full circle, in some respects, to Gorjana’s start when the Reidels were hand-making each piece and selling them one boutique or trade show at a time.

Today, the wholesale business is comprised of more than 180 major retailers and more than 1,000 specialty boutiques. The company also has its own web site and ships to more than 50 countries. The site last week completed a redesign that included not only front-end design work, but also back-of-house streamlining to make it more mobile friendly and other improvements to make the purchasing process easier.

“We really felt it was the next evolution of the brand,” Jason Griffin Reidel said. “For us, it was just a really exciting opportunity to be able to tell the full story brand-wise.”

Having a store so close to headquarters gives the Reidels the chance to test new ideas and see what’s working before expanding at brick-and-mortar — something that is in the plans, although they’ve not yet worked out specific timing on future store openings. The two think the brand could do well in various parts of the country.

Up next for the company is an expansion of its power gemstone category of bracelets. “That’s been a really big focus for us, trying to go into more meaningful jewelry,” Gorjana explained. Each gemstone is said to carry different properties, such as clarity from crystal quartz, aventurine for luck and amethyst for tranquility. The collection originally launched last holiday and will now expand with new styles.