The organization is about to honor its 30th anniversary with the highest amount awarded in the program's history. 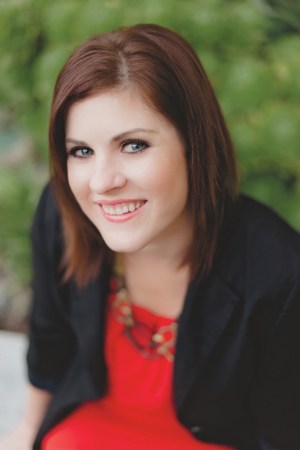 The Women’s Jewelry Association’s grant and scholarship program was born from humble beginnings.

“We gave out prizes for design competitions,” she continued. “And then we decided that our role was to help women grow in this industry. So we thought, well, why don’t we start at the school level? We started to get a lot of applications and we realized that there are a lot of people out there that really wanted to participate. We knew that we had to raise more money.”

Fast forward to 2013 and the organization is about to honor its 30th anniversary with $30,000 in scholarships and an additional $16,000 in grants, totaling $46,000 — the highest amount awarded in the program’s history. “It started as this baby program and really became more formalized,” Bergman said. The award ceremony will take place at the organization’s annual Awards for Excellence Gala tonight at Pier 60.

The types of educational financial aid offered are split into three tiers. Member grants are awarded to WJA professional-level members in increments of $500, while student scholarships, which vary from $500 to $7,000, are available to female students enrolled in fine jewelry and watch courses in both designer and nondesigner categories. Funding comes from WJA’s national organization and the silent auction at its annual gala as well as from companies and individuals who support the program.

This year also sees the first installment of the Carelle-WJA Member grant in honor of Brooke Tivol McGrath, a former jeweler at the New York-based firm Carelle who died in 2011 at age 28 from a rare blood infection. The $5,000 merit-based grant aids members who are in the first five years of developing their business. The first winner of the inaugural grant is Lisa Kim of Lisa Kim Fine Jewelry, in Los Angeles.

“I’ve only been a member [of WJA] for a year now, but clearly I’ve come to understand the benefits already,” Kim said in a phone interview. Kim, who worked for 10 years at 20th Century Fox Animation, Nickelodeon, PBS and Cartoon Network as an animator, left that business last year to pursue her love of jewelry design.

“I really missed working with my hands,” Kim said. She plans to use the funds to hire an up-and-coming fashion photographer to create images for her Web site and printed materials.

Jen Cullen Williams, another recipient and also the copresident of WJA’s Los Angeles chapter, put the $500 member grant she won in 2010 toward diamond courses at the Gemological Institute of America. Since 2007, Williams has worked for Luxury Brand Group, a full-service p.r., marketing and communications agency with clients primarily in the fine jewelry industry. She is now managing director.

“It’s essentially about helping you find mentors and networking and being able to talk to some of the women that are in that next stage of their careers and finding out how they make it work,” Williams said. “I think it goes a lot further than just building your business, but also building you as a professional within your business.”

Bergman, who in addition to WJA sits on six different jewelry-related boards of directors including the Jewelers Vigilance Committee and the Diamond Empowerment Fund, sees WJA’s grant and scholarship program as a way to help break the persistent glass ceiling in the jewelry industry.

“Today maybe it’s not quite as obvious as it was years ago when there were really not that many things open to women,” she said. “And today women are more accepted. When I was doing it back then, it was mostly men. And it still kind of is,” she laughed, “but don’t tell anybody.”