The initial collection from Wildlife by Heidi Klum includes about 35 styles that will retail from $30 to $200. 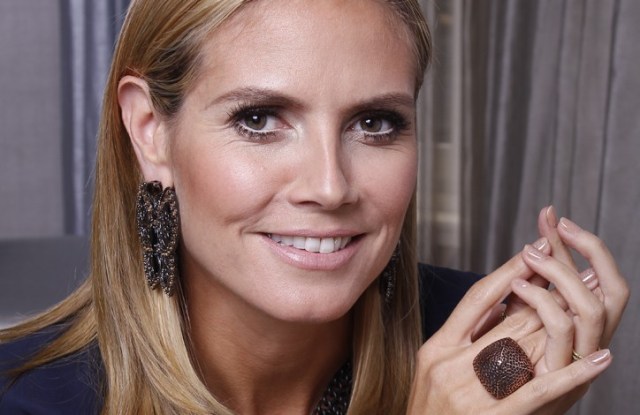 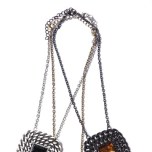 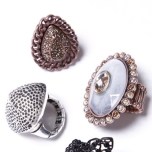 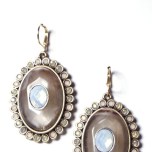 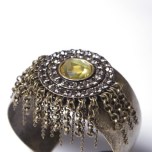 Heidi Klum is back in the jewelry business with QVC.

The German TV personality, model and entrepreneur will launch a costume jewelry collection, called Wildlife by Heidi Klum, with the home shopping channel this fall. Sales will kick off with an appearance by Klum on Sept. 8 during QVC’s special Fashion’s Night Out broadcast from Manhattan. That will be followed up by a Sept. 10 New York Fashion Week broadcast and a two-hour Oct. 4 show from QVC’s main studio in West Chester, Pa. The line will also be available on QVC.com.

Klum previously created a fine jewelry collection in sterling silver for QVC and the manufacturer Mouawad USA Inc. in 2006, but that line was discontinued in 2009 following a lawsuit by Van Cleef & Arpels that alleged the designs infringed on its signature Alhambra Collection clover motif. The suit was settled with no admission of wrongdoing in October 2008, but it forced Klum to stop selling the line by June 2009.

“We fought with Van Cleef & Arpels for over a year and a half, but we were small fry next to a company like that. But looking back, I’m quite happy to be doing something new,” said Klum in an interview in a suite in the London Hotel. “I feel free now with this. I can reach more people with costume jewelry, the prices are great and I can make big pieces. It’s way more fun.”

The initial collection includes about 35 styles in various colors, encompassing cocktail rings, necklaces, earrings and bracelets, that will retail from $30 to $200. Materials focus on metal finishes like antique silvertone and brasstone, accented with simulated gemstones such as smokey quartz, hematite and opal. Intricately cut filigree rings and cuffs were inspired by lace, noted Klum.

“All of the pieces are statement pieces. The only reason to wear costume jewelry is to wear something large — something you can’t do with real jewelry because it would be too expensive,” explained Klum, who added she takes design inspiration from her trips to flea markets and the many collectibles and knickknacks that fill her L.A. home.

Leveraging her many entrepreneurial projects, Klum will wear the jewelry while hosting “Project Runway,” which is currently filming its ninth season, and will include information on her “Look of the Day” on her new AOL lifestyle channel at Heidiklum.aol.com. Earlier this month, Klum launched a co-branded footwear line with New Balance exclusively for Amazon.com, and this September will introduce Shine, a women’s fragrance with Coty Inc.

The jewelry line is manufactured by TCJC Inc., which also produces the Rachel Zoe and Kenneth Jay Lane costume jewelry collections for QVC. Executives at the cable channel declined to reveal sales projections but said her earlier line was a strong seller.

“On her debut show, all our product sold out in 36 minutes,” said Doug Howe, executive vice president of merchandising, planning and sales at QVC, adding that the jewelry line was a long-term arrangement and that new collections were under way for next year.