Hermès' creative director for fine jewelry, Pierre Hardy, sits down with WWD as his latest high jewelry designs for the house make their stateside debut.

Pierre Hardy sits stage right at Jazz at Lincoln Center, surveying views of New York’s more opulent rooftops. For Hermès’ creative director of jewelry and footwear, the city is an important incubator for new ideas in fashion, culture and higher thought. On Thursday it was also the location for a duet of events hosted by the French house, marking its Enchaînements Libres high jewelry collection designed by Hardy.

“New York is one of the most sophisticated, advanced and cultured cities in the world — there is such a concentration of brains, taste and history,” said Hardy, who dismissed the idea that New York has seen its best days. “There is a big margin before New York becomes a second-rate city; we are not there at all. It’s still a completely relevant place,” said the designer.

Originally released in 2018, Hermès took the tail end of New York Fashion Week as an opportunity to introduce the Enchaînements Libres collection to U.S. press and high-roller consumers. The house issues a new high jewelry collection about every other year, providing it an extended runway of time to present designs in key markets across the world. 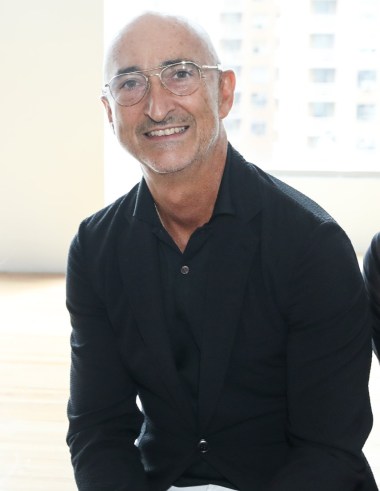 Pierre Hardy at Jazz at Lincoln Center on Thursday.  Courtesy

Enchaînements Libres follows Hermès’ historic chain motif, which Hardy saw as a metaphor for “the chain of love.” In expounding upon the design he attempted to “make a simple jewelry [concept] as exclusive as possible. It was funny to play with the idea of positive and negative, masculine and feminine, something that’s heavy but fluid,” he said.

Hardy also designs Hermès’ shoe line while also maintaining a namesake accessories brand, but said that he does not have a preference for one single category. “They are very different jobs; the materials I am working with have nothing to do with each other. What I love is the variety; if I did one it would be boring,” he said.

He was reluctant to note one style of shoe, jewelry or handbag as outperforming another, and instead highlighted new ways of dressing. “You look around outside and it’s a fashion show — everything is mixed together. Day is night, it’s sporty and chic. I think this mix in the city, this collage, is one of the signs of our time. Sometimes it’s ugly, sometimes it’s fabulous, but not one style is more important than another — it’s how you mix it and how you combine it that is more important than each element.”

In recent years, the rise of the resale market has offered a study in the true value of luxury. Prices assigned to secondhand goods demonstrate how accessories can lose the bulk of their value the moment they leave a store shelf. Hermès, however, has stood as an exception to this rule — with handbags, jewelry and shoes holding enough value that Christie’s created a new handbag division mainly devoted to auctioning pre-owned Hermès satchels.

Hardy attributes this to the fact that “there is no cheating” at Hermès. “Before it’s beautiful we have the mind-set to make it right. I think people recognize it’s consistent and that they can trust the object. Even if you don’t like it, what you know is that it’s executed in the best way possible with the best material possible. My job starts after that, I know that my job is based in that foundation and the charm and glamour comes in after.”