Ippolita Looks to the Middle East for Growth

The jeweler will open a slate of shop-in-shops and retail doors in the Middle East this fall. 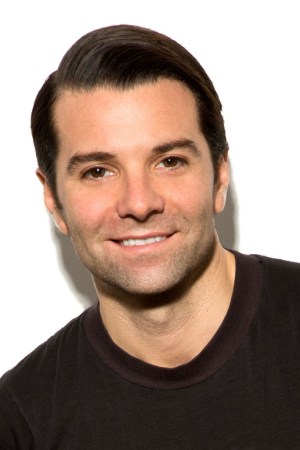 Ippolita is extending its reach globally, and it’s starting with the Middle East.

A year after opening its flagship on Madison Avenue in New York, the fine jeweler is adding seven doors to its fleet in the Middle East, and one in the Philippines.

According to chief executive officer Joe Cavalcante, Ippolita saw strong returns from its pre-existing Middle East locations, of which there are three in Dubai and one in Bahrain. The strong consumer feedback there has spurred the jeweler to bring in some fresh blood with experience in the region to shore up demand.

“He’s helped open up the Middle East,” Cavalcante said of his new hire. “We have a large-scale launch strategy in the region in marquee locations.”

Those locations will include two stand-alone stores, one in the United Arab Emirates set to open this month, and the other in Saudia Arabia, both of which will open by early November. Ippolita will also open shops-in-shop by December in Kuwait, Qatar and Saudia Arabia. The brand also plans to open additional shops-in-shop in Bahrain, the United Arab Emirates and in the Philippines by early 2014.

According to the ceo, Ippolita’s success in a region known for its wealth is “ironically” linked to its attainable price point and fashion-forward design.

Most of the competition in the region constitutes old-school, high-end European brands, he said, adding that for the consumer, Ippolita, with its use of colorful, semiprecious stones and easy-to-wear designs, is something of an anomaly.

“There are more of the Place Vendôme jewelers [in the region] like Chaumet, Van Cleef, Cartier. They are significantly bigger and have a big retail presence,” Cavalcante said. “There’s more high jewelry there. That’s why we have a good opportunity. Ippolita is more everyday, easy-to-wear jewelry. That’s not really there.”

The ceo added that Ippolita, which has had a presence in Harvey Nichols and Bloomingdale’s in Dubai since 2012, was encouraged by demand from locals and ex-pats living in the area.

“The customer there doesn’t differ that much from the U.S. customer,” he said. “They want colorful, easy-to-wear fine jewelry. They have the big diamond, expensive stuff. They don’t have colorful fine jewelry.”

What’s more, the average shopper in the Middle East tends to shop in a “similar fashion” to the American consumer, opting to buy several pieces, such as multiple bangles for layering, he said.

Ippolita’s strength is linked to the diversity of materials used, such as leather, sterling silver, rose gold and 18-karat yellow gold, as well as diamonds and semiprecious stones. The pairing of those materials can alter the price by thousands of dollars, but the similarity of the designs remains consistent. This has served as a strong branding tool for Ippolita in a region where the brand is not as well known, Cavalcante said, noting that Ippolita will most likely expand to South America, Mexico and then Japan next through retail partners.

“We’ve been very fortunate to have double-digit, year-over-year growth ever since the recession,” the ceo offered. “I think next year, growth is going to be even more robust.”