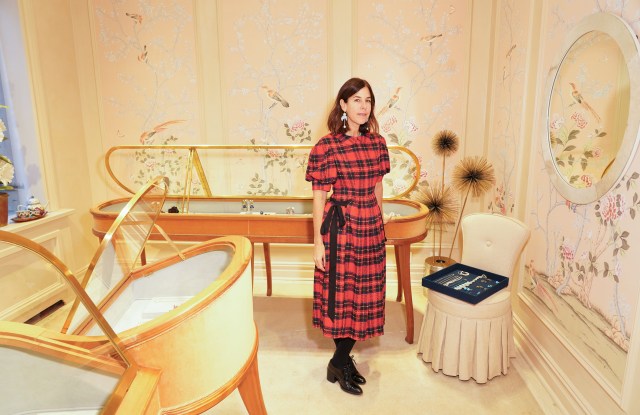 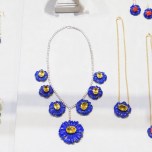 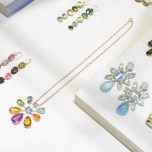 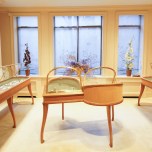 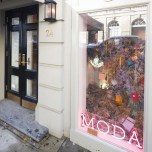 Los Angeles-based jeweler Irene Neuwirth might have lost her biggest New York retailer with the dissolution of Barneys New York, but the designer is quickly bouncing back. Neuwirth will stage a complete takeover of the jewelry department inside Moda Operandi’s by-appointment New York showroom for the holiday season — giving her displaced consumer a new go-to location to shop.

Known for her whimsical approach to fine jewelry, Neuwirth will sell some 250 of her signature colorful pieces with Moda this season — with around 60 exceptional pieces also available for purchase through the retailer’s various online trunk show portals. Jewelry is priced from $5,000 to in excess of $300,000 and features stones including sapphires, opals and Colombian emeralds.

Starting Dec. 3 and running until Jan 10, Neuwirth’s Moda Madison residency will include a takeover of the town house’s windows, merchandised by Rebecca Gardner. The showroom is located at 24 East 64 Street and is accessible by appointment only.

“I am incredibly picky about all of our partners and I’m loyal until the end of the earth,” Neuwirth said of her decision to work with Moda Operandi, which hired her longtime friend and fashion editor Will Kahn as its jewelry director in June. “We were working a little behind-the-scenes with Moda personal shoppers — not as much forward-facing sales — and did a trunk show last year that was really successful. When we started talking about doing this, it happened simultaneously with Barneys closing, which ended up being an incredible thing,” Neuwirth elaborated.

Kahn said he evaluated Moda trunk show data to guide Neuwirth on the kinds of styles that would perform well. “Our customer is always looking for discovery and one-of-a-kind pieces,” he said.

Neuwirth hinted that Moda is the start of a new era for her East Coast business. “I’m not in any rush to replace [the Barneys] business. We had a great run with them. Barneys bought a lot of my jewelry and we made a lot of money with them.”

But the designer did not squash the idea of opening her own New York store, saying: “Maybe, we have some fun things in the works — I’ll definitely keep you posted.”