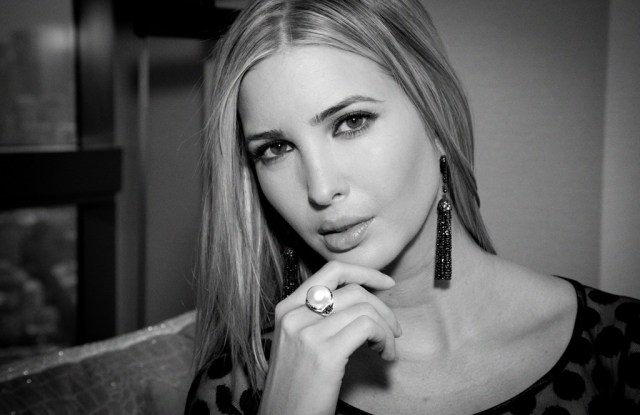 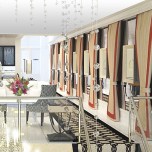 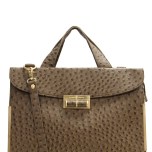 NEW YORK — Ivanka Trump will open the doors of a new flagship in SoHo here Friday, which for the first time will house all the categories that bear her name under one roof.

“The boutique is for the women of today; the sophisticated, modern woman,” said Ivanka Trump, who just wrapped up filming for the upcoming season of “The Apprentice.”

“An Ivanka Trump Fine Jewelry customer will be able to purchase her wedding jewelry as well as a new briefcase or iPad case for work. Providing several categories is coherent with the lifestyle of our busy, multitasking female client, and is something we all need.”

Located at 109 Mercer Street, the concept of the store hasn’t changed, according to chief executive officer Andrea Hansen. Architects from NY3Design, David Freire and Laura Reddy, took the aesthetic from the original Madison Avenue boutique — which Hansen describes as “flirty, Art Deco-based” and with a “very female boudoir feel” — and expanded upon it. The brand colors are still coral, black and white (including chairs in geometric black and white prints and a rounded sofa that’s covered in tufted white leather), but it’s not as intimate at it once was, as the store is broken up into a series of small galleries that flow into one another. There are stingray covered display cases set against glass, and polished stainless steel and glass tables. A bar is located on the main level halfway between one of the fine jewelry galleries and contemporary accessories. There is also a VIP room and two lounge areas — one upstairs and one downstairs.

The boutique is heavy on crystal accents, the bridal salon specifically. The perimeter of the section is bordered with crystal beads — a very abstract reference to a chuppah, the traditional structure under which couples are married in the Jewish faith — and a dazzling Schonbek chandelier hangs above as well.

The store will offer ten collections of Trump’s fine jewelry — including the signature oval, tassels and a rose gold line — alongside a selection of handbags. These include a weekend tote, an executive briefcase, an iPad case, an evening bag and jewelry rolls that retail from $100 to $300. The “Accessories Gallery’’ will carry timepieces, which are slated for release in early 2012 and will retail from $2,000 to $20,000. The bridal salon will offer wedding bands and Trump’s line of engagement rings — consisting of sustainable diamonds and recycled platinum — starting at $800 and $15,000, respectively. There is a permanent collection comprised of about a dozen pieces, but the brand offers a custom process for those who wish to design their own settings. Additionally, the salon contains gift ideas for bridesmaids and cuff links and a stud set for the groom — a new idea for the brand.

Hansen projects that the store will bring in between $5 and $7 million in sales in 2012, but said this is a conservative estimate because the neighborhood is relatively uncharted territory for fine jewelry brands.

“We think that with this bigger space and the type of buzz and traffic we see in SoHo now that we’ll do more than that. There’s a great degree of optimism that we’ll do better than [those numbers],” she said.

A second freestanding store is set to open in Beijing in March — and the company’s plans for China call for an additional four stores in the next three years.