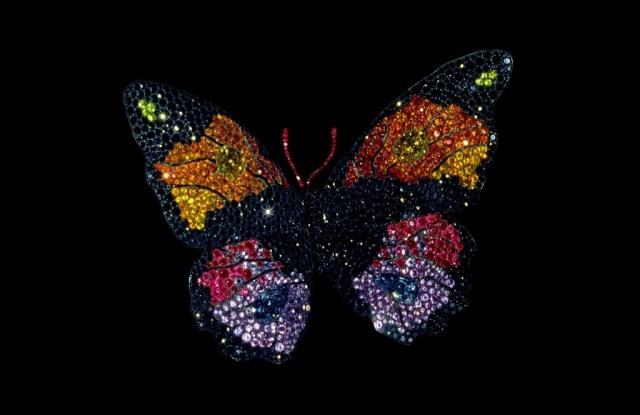 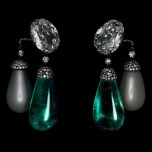 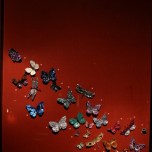 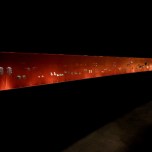 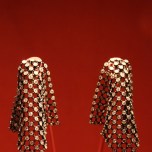 Officially open to the public from Wednesday through March 9, the exhibition also marks the museum’s first show devoted to a contemporary artist of gems.

Taking a break from last-minute show preparation, exhibition curator Jane Adlin said the concept of a JAR retrospective was brought to the Costume Institute more than four years ago by a friend of the jeweler’s, but was ultimately turned down as, true to its name, the Institute focuses solely on costume jewelry. The idea was then brought to the museum’s Department of Modern and Contemporary Art, who jumped at the opportunity.

“We all just thought he was a master of his art,” Adlin said. “I can compare him to any of the contemporary artists that we give one-man or one-woman shows to.”

Born in New York City, Rosenthal, a Harvard University graduate, has lived in Paris since 1966, developing an exclusive — and to some, reclusive — reputation. His studio, located just off Place Vendôme in the city’s 1st arrondissement, has no storefront or identifying markings, and is not open to the public. The artist himself is notoriously press-shy (so much so that he won’t even be at the press preview on Monday morning). Despite the preconceived persona, Rosenthal has been instrumental to the exhibition’s creation.

“He’s been helpful all the way through,” said Adlin. “He’s not overly talkative, but if you ask the right questions and he can answer them, it’s so much clearer. He’s charming and smart. It’s like a gestalt — you see the person, you see the jewelry and you see all the connections between the artist and the finished piece.”

Rosenthal has been on hand at the museum — a former childhood haunt for the artist — for the final three weeks leading up to the exhibition’s debut. In addition to working on the show, Rosenthal has maintained his day job, crafting creations that will be showcased in the exhibition.

The exhibition will feature more than 400 pieces, a majority of which are on loan from private owners all around the world. The Louvre’s Musée des Arts Décoratifs and the house of JAR lent additional pieces. The museum declined to comment on the estimated value of the borrowed gems.

Jewels on display vary from a colorful butterfly brooch done in sapphires, fire opals, rubies, amethyst, garnets and diamonds (1994) to a modern pair of emerald and oriental pearl drop earrings (2011). Rosenthal’s acclaimed pavé technique is a common thread throughout the expansive exhibition.

“That’s the question everyone has been asking,” Aldin said, when prompted to highlight her favorite piece. “Not only do I not have one favorite piece, but I tried to make a top 10 list in my head and I couldn’t stop at 10. I would be shocked if anyone could have a favorite piece. I wouldn’t believe them.”